For all its billions spent, China still controls only a small share of Kazakh oil output. 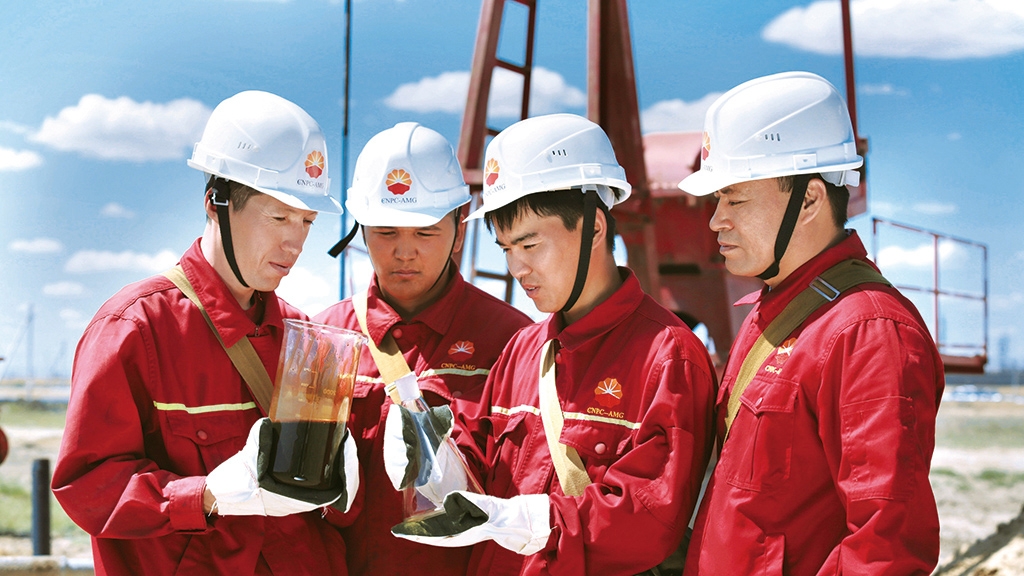 A decade or so ago, it was commonplace in Kazakhstan to talk about the creeping takeover of the energy industry by China.

Next month marks the 25th anniversary of a Sino-Kazakh intergovernmental agreement on cooperation in the oil and gas industry.

State-owned China National Petroleum Corporation’s maiden acquisition was a 60 percent stake in Aktobemunaigas, an oil and gas company based in the northwestern Aktobe province. CNPC would go on to take over the whole company, now known as CNPC-Aktobemunaigas.

China also pledged at the time to build a 2,200-kilometer pipeline from western Kazakhstan to its own Xinjiang province. Around 150 million tons of oil have been pumped eastward along that route since it was installed.

Since 1997, the CNPC has invested more than $45 billion into Kazakhstan’s oil and gas sector, according to a paper presented to a CNPC-sponsored conference in Almaty in November.

That is a large number, but the trend has generally not pointed toward growth. In proportionate terms, China's presence in Kazakhstan’s oil and gas industry has progressively fallen in recent years.

Since 2010, China's share in national oil production has halved, from 31 percent to 16 percent. Cumulative investment in the oil and gas sector has been slowing too, down from $3.7 billion in 2013 to $1.3 billion in 2021, according to the National Bank.

That latter figure accounts for less than 1 percent of investments in Kazakhstan’s energy sector. Companies based in the Netherlands and the United States are far bigger players, mainly by dint of their involvement in mega-projects like Kashagan and Tengiz.

Of the 61.2 million tons of oil drilled in 2020, only around 10.5 million tons came from companies controlled by CNPC. And most of that oil, around 85 percent, remained inside Kazakhstan, according to the paper from the Almaty conference.

In fact, most of the oil that is pumped from Kazakhstan to China is provided by partly domestic-owned companies. And China is far from the main buyer of Kazakh oil. Of the 65.7 million tons of oil and oil products exported in 2021, 3.6 million tons went to China. Buyers in Italy, the Netherlands and France received more.

Some caution at attempting an overly revisionist assessment on Beijing’s role in Kazakh’s energy sector, however. Yerkin Baidarov, a leading researcher at the Ramazan Suleimenov Institute of Oriental Studies, a government-run think tank, argues that the full scale of Chinese investments is not always easy to divine.

“There are invisible investments, such as Chinese capital coming into Kazakhstan through other jurisdictions, mainly through the Netherlands, as well as Kazakh companies with Chinese involvement,” Baidarov told Eurasianet.

The Kazakh government has at times played hardball with Western investors, mostly especially the ones developing the Kashagan field. But its stance toward Chinese energy investors is no less unrelenting.

There are few better confirmations of that than how the authorities have repeatedly probed CNPC-Aktobemunaigas over the kinds of transgressions commonly associated with Chinese investors in Central Asia.

Last October, anti-monopoly officials determined that the company had designed a pipe supply tender in such a way as to exclude all but its own preferred bidder. Later, in May, prosecutors in the Aktobe region found that CNPC-Aktobemunaigas was abusing its monopoly position on the local liquified petroleum gas market to maintain prices artificially high. And in July, environmental protection officials reported that the company had committed numerous waste management and pollution violations at its Kenkiyak field and fined it.

This has led to speculation among industry watchers that the government may seek to renegotiate the term of the concession.

Perhaps in a bid to clean up its reputation as a polluter, China is now investing heavily in green energy in Kazakhstan. The focus is on wind and solar.

There is no firm data on Chinese-linked renewable energy projects, but going by media reports, at least four such undertakings have already been launched in Kazakhstan and another 15, collectively worth around $5.2 billion, are in the works.

In early July, a court in southern Russia ruled to suspend operations on the westward-bound Caspian Pipeline Consortium route that Kazakhstan uses to export the vast bulk of its oil. That suspension was quickly rescinded, but President Kassym-Jomart Tokayev around that time nevertheless appealed for assistance from U.S. companies developing his country’s energy resources to help consolidate oil export routes circumventing Russia. (On August 22, operations at the pipeline were again interrupted.)

That will take time, however. Boosting eastward exports may be a strong short-term fix.

“It seems likely that with the sanctions on Russian oil and gas, it is going to become increasingly difficult for Kazakhstan to continue exporting hydrocarbons to the West via channels like CPC. This creates an additional opportunity for Kazakhstan to export its oil and gas to China,” Kate Watters, executive director of Crude Accountability, an environmental and human rights watchdog, told Eurasianet.

Energy Minister Bolat Akchulakov earlier this month announced plans to expand the annual capacity of the oil pipeline system to China by 8.5 million tons, around 70 percent, over the coming year.

Ironically, although this option looks like a means toward minimizing dependence on Russia, the added capacity may be used to serve the interests of accommodating an eastward turn by Russia’s own oil companies.

When Russian President Vladimir Putin visited Beijing in February, just weeks before embarking on the military assault on Ukraine, state-owned Rosneft signed a 10-year agreement to supply 100 million tons of oil to CNPC-controlled refineries in northwest China. All the oil will be pumped through Kazakhstan.