Kazakhstan: Spotlight Homes In on Kazakhstan as Games Battle Heats Up 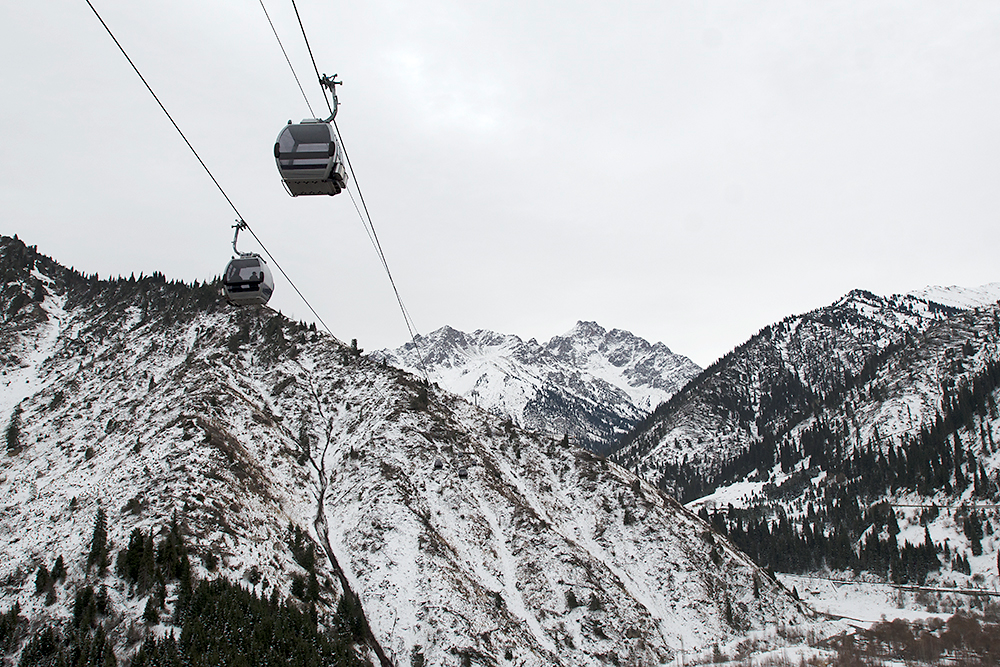 With international sporting events in the headlines for all the wrong reasons, authorities in Kazakhstan are anxious about their chances to land the Winter Olympics in 2022.

Kazakhstan’s commercial capital, Almaty, is fighting it out with Beijing for the right to stage the 2022 Winter Olympics. Almaty had been widely considered the underdog in the battle for the games until it scored points with a strong presentation in Lausanne on June 9, wowing judges by stating the obvious: Almaty has snow in winter, while Beijing does not.

Developments in the past couple of weeks have unsettled Kazakhstani officials, in particular a corruption scandal that has engulfed FIFA, football’s world governing body. In addition, rights activists and entertainers have hammered away at Azerbaijan – which is currently hosting the inaugural European games – over the South Caucasus nation’s abysmal human rights record.

The FIFA scandal in particular has potentially troubling implications for Kazakhstan, as it has highlighted Eurasia as a corruption hot spot. In particular, investigators are looking into whether graft was responsible for Russia’s securing the rights to hold the 2018 World Cup Finals. Astana is looking on with a wary eye, evidently concerned that the negative publicity currently surrounding Russia and Azerbaijan could impact its own Olympic bid.

Underlying concern in Kazakhstan is a perception that the US prosecutors – who are carrying out the FIFA investigation, as well as the probe into the Russian bid for the 2018 finals – are doing so for geopolitical reasons. Kazakhstan is a close political ally of Russia’s, and state-controlled Russian media outlets command a large audience share in the Central Asian state. Few Kazakhstani officials support the idea of taking away the World Cup Finals from Russia, even if Moscow’s bid is found to be tainted. To many in Astana and Almaty, the investigation itself is tainted by politics.

Many observers in Kazakhstan also continue to express support for Sepp Blatter, FIFA's long-time leader, who resigned on June 2 amid the allegations of top FIFA officials taking massive kickbacks.

“I cannot understand why the USA has started interfering in football affairs,” Kuralbek Ordabayev, a former head of Football Association of Kazakhstan (now called the Kazakhstan Football Federation (KFF)), railed to the Vesti.kz website. “Politics should not be mixed up with football.”

Ordabayev’s views are being echoed by myriad sports commentators in Kazakhstan, with many voicing sympathy for Vladimir Putin’s line that the US-led probe into FIFA is a Western plot to wreck Russia’s World Cup and punish the Kremlin for its aggressive actions in Ukraine.

Why should “the world’s number one sport” be wielded as “a weapon in the hands of the masters of political intrigue,” said Mikhail Gurman, the former chairman of the Professional Football League of Kazakhstan.

Many Kazakhstani football fans also buy into conspiracy theories. The West applies “double standards” in tackling corruption in sport, ignoring its own transgressions and taking a harsh line with others, suggested Gleb (who declined to give his surname), a supporter out watching the Champions League final in an Almaty bar on June 6.

Ordabayev is no stranger to soccer scandals: he resigned as Kazakhstan’s football boss in 2000 amid reports of corruption and match fixing, although he denied wrongdoing and no charges were brought.

At the time, “Blatter provided financial assistance” to Kazakhstani soccer, he said, and “because of that I was then forced to resign, although these funds were used to develop football in the country.”

Kazakhstan’s soccer administration has often attracted colorful characters. Most notorious was Rakhat Aliyev, Nazarbayev’s late former son-in-law, who headed the Kazakhstan Football Federation from 2000-2007. Aliyev, who committed suicide in February in an Austrian prison cell where he was being held on murder charges, was convicted in absentia in Kazakhstan of crimes including racketeering, organized crime, abduction and plotting a coup d’etat.

In the eyes of many Kazakhstanis, the notion that corruption and sport are linked is not all that unusual. “There have always been bribes and there always will be, everywhere, among all people,” shrugged Timur (who also declined to give his surname), another Almaty-based football fan watching the Champions League final, asked by EurasiaNet.org about the FIFA scandal.

Kazakhstan, like Azerbaijan, is an authoritarian-minded state that expends considerable time and resources striving to craft a positive global image. Azerbaijan has maintained a hard line amid the barrage of criticism over its rights record that has accompanied the start of the European Games.
During the run-up to the games, authorities forced the closure of the OSCE’s representative office in Baku, and barred some journalists and activists from entering the country.

Kazakhstan has shown signs of taking a softer approach on matters connected to its global image: in May, for example, in response to International Olympic Committee criticism, Astana struck down a law that would have drastically curtailed gay rights.