1.5 million tons of oil, a relatively modest amount, will be sent through the Baku-Tbilisi-Ceyhan pipeline in 2023. 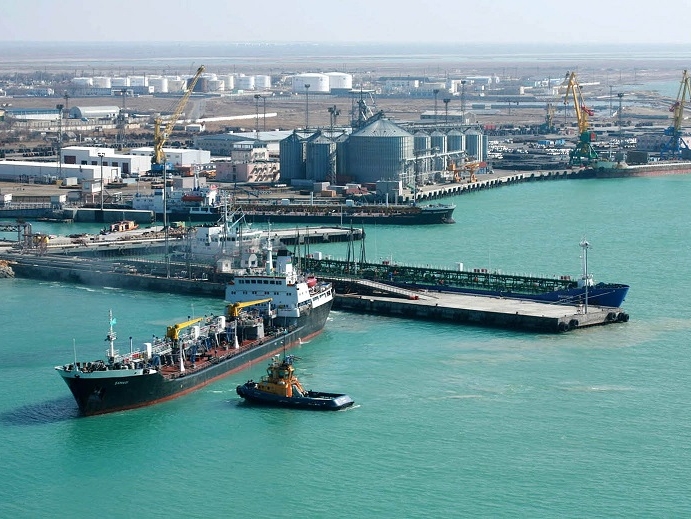 Kuryk port will play a key role in advancing the cause of trans-Caspian oil trade. (Photo: Kazakhstan government website)

Kazakhstan hopes to deliver up to 1.5 million tons of oil through the Baku-Tbilisi-Ceyhan pipeline in 2023 as part of growing efforts to find export routes bypassing Russia.

Prime Minister Alikhan Smailov told reporters on November 10 that the government’s expectation is that annual shipments via the Baku-Tbilisi-Ceyhan pipeline will in time reach 6-6.5 million tons.

As things stand, more than two-thirds of Kazakhstan’s oil exports are typically sent to Europe via Russia. But a heavy emphasis has been placed lately on developing the capacity of what has been dubbed the Middle Corridor – meaning the Caspian Sea and the string of countries comprising Azerbaijan, Georgia and Turkey.

Smailov said that Kazakhstan’s export route diversification strategy rests on using tankers from the port of Aktau to feed oil into the Baku-Supsa pipeline, which has its terminus on Georgia’s Black Sea Coast, and trains running along the Baku-Batumi railway line, as well as trains going from the oil-rich region of Atyrau to Uzbekistan and China.

“Work is now underway in all these areas to expand and increase the potential for oil exports,” Smailov said.

Moving all this oil around will require investment in transportation. Tengizchevroil, the largest oil producer in Kazakhstan, which is developing the Tengiz field in the Atyrau region, has doubled the number of rail tank cars at its disposal and has already begun undertaking pilot shipments by train towards Georgia and Uzbekistan, Smailov said.

The volume of oil being moved along the alternative routes is still miniscule in relative terms, however. Last year, Kazakhstan sent 54 million tons of oil to Europe through the Caspian Pipeline Consortium route that crosses through Russia for hundreds of kilometers before ending up at the Black Sea port of Novorossiysk. Most of the rest of the 86 million tons that Kazakhstan produced went to China. 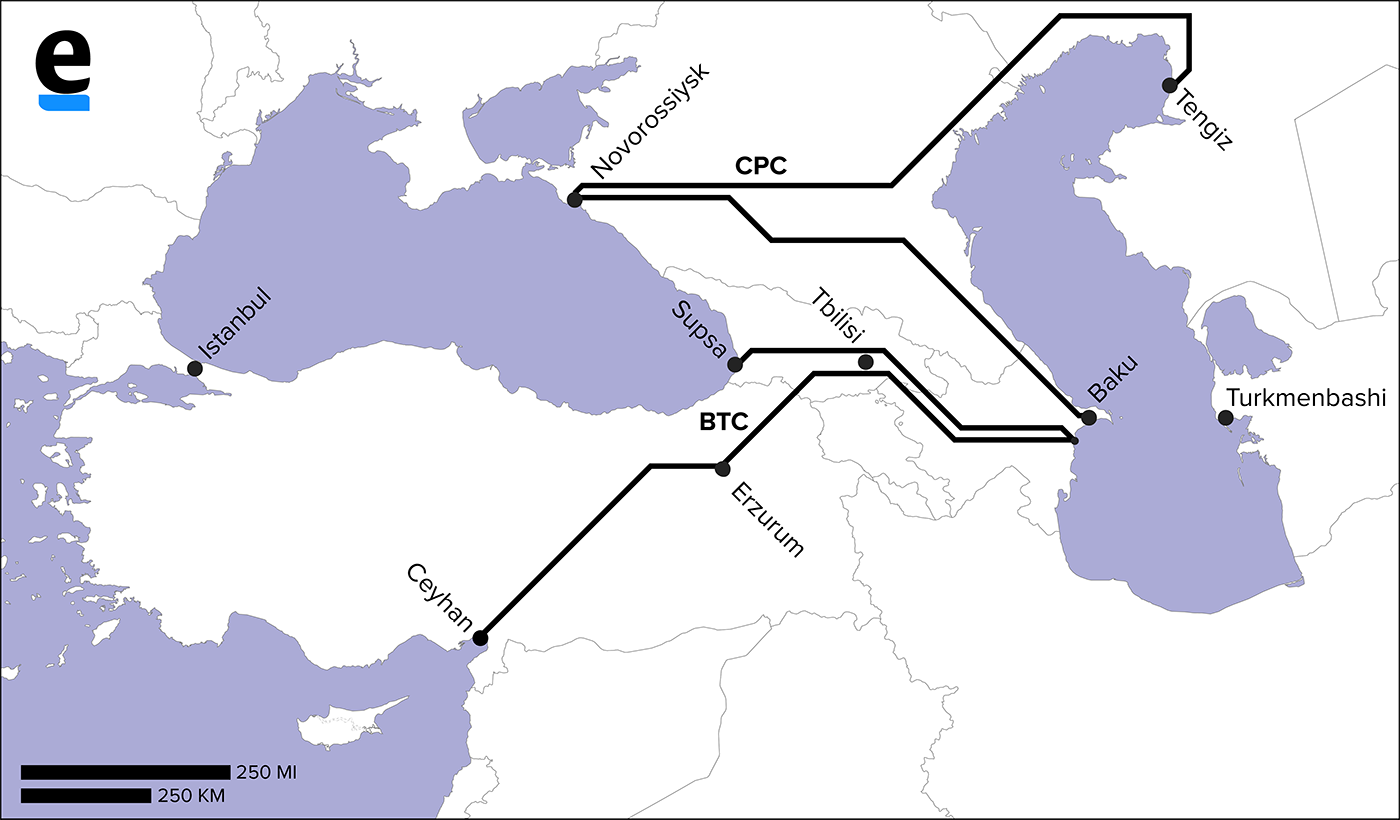 President Kassym-Jomart Tokayev is optimistic about the long-term, though. Speaking at a public event in the western Mangystau region on November 7, he said that the volume of oil being transported along the trans-Caspian route through two Kazakhstani ports, Aktau and Kuryk, would eventually increase to 20 million tons per year. He did not specify the timeframe within which that goal would be reached.

The issue of logistics is a pressing one since Kazakhstan intends to increase oil output. According to Nurlan Zhumagulov, chief executive of the Union of Oilfield Service Companies, a lobby group, Kazakhstan plans to bring annual production up to 100 million tons by 2025, mainly by increasing output capacity at Tengizchevroil and the Kashagan mega-field.