Subsidized loans are helping some families become homeowners, while driving property prices out of reach for others. 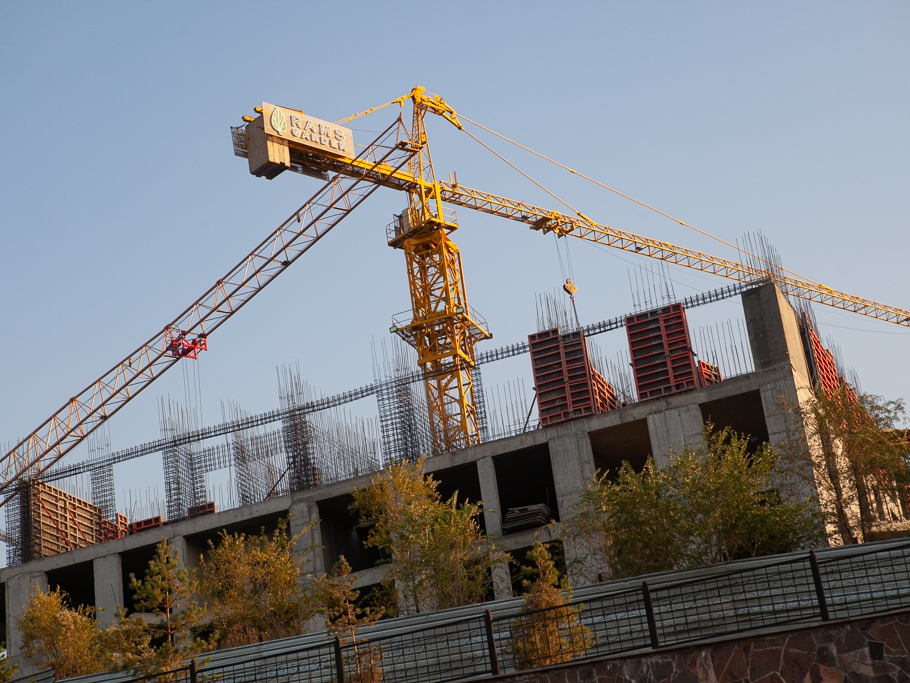 To judge by official statistics, Kazakhstan has kicked its mortgage problem.

For decades, the country’s banks have been creaking under the sheer weight of badly performing loans taken out by aspiring homeowners. Recent data shows a more upbeat picture.

If the rate of delinquency in the national mortgage portfolio amounted to more than 10 percent in 2014, this has since dropped to less than a single percentage point.

Those numbers tell the story of a nation where stable and predictable household incomes have made missing monthly repayments mostly a thing of the past. But for people like Yerkezhan Seyitkazina, a social media manager in Almaty, that picture is annoyingly misleading.

“These statistics are just as false as the supposedly swelling average salaries. Where do these figures come from?” Seyitkazina told Eurasianet. “With the sky-high prices there are for property now, how can you buy and pay off [debts] regularly?”

When it comes to mortgages, Kazakhstan is a victim of its own success.

In its drive to make housing more affordable to the most hard-up, the government has rolled out a series of preferential mortgage programs.

Loans on the open market are a crippling proposition. A standard mortgage comes with an interest rate of anywhere up to 20 percent.

Those eligible for government-subsidized loans, meanwhile, get far easier terms. One initiative tailor-made for young families, for example, provides for loans of up to 100 million tenge ($215,000) repayable at rates of 6 percent.

Those programs have come with a sting in the tail: a surge in property prices.

The result of this years-long trend is that while buying one square meter of apartment property in Almaty cost around 390,000 tenge in late 2019, the cost is closer to 670,000 tenge now, according to figures produced by leading real estate portal Krisha.kz. (When counted in dollar terms, the growth rate is not so marked, due to the strong depreciation of the tenge, but since almost everybody earns their income in the national currency, this is a slim consolation).

A back-of-the-envelope calculation indicates that a person earning an average nominal salary – now around 312,000 tenge per month – would need to put aside half of what they earn for more than two decades just to buy a 60-square-meter apartment in Almaty.

Preferential mortgage programs are so popular that they are squeezing private banks out of the lending market. As the Association of Financiers of Kazakhstan, a lobby group, told Eurasianet, around nine out of every 10 mortgage loans in Kazakhstan are issued at reduced rates.

“Today, up to 70 percent of all apartment sales in Almaty are made through government mortgage programs – more than ever before,” Nurgali Amankulov, an analyst at Favorit, a local real estate agency, told Eurasianet. “Thanks to affordable mortgages, demand is not decreasing and prices are continuing to rise.”

Murat Temirkhanov, an economist, notes that this has been a boon not just to low-income families but also borrowers with stable incomes – decently salaried workers in the private sector and government employees.

“These borrowers are lucky to get very cheap mortgages, so they are motivated to make payments on time and do not have problems with the bank,” Temirkhanov told Eurasianet.

The self-employed and small business owners are in a tighter spot.

Even though state-subsidized programs are ostensibly earmarked for in-need categories, they are sometimes broad enough to be exploited by the buy-to-rent crowd.

“Given that the cost of renting apartments has approximately doubled over the past year, this is a fairly profitable investment,” Amankulov said.

The rental market has been strongly distorted by the arrival in Kazakhstan of countless thousands of Russian nationals seeking to avoid mobilization in their home country.

There is yet another popularly demanded government initiative that has unwittingly served to heat up the real estate sector.

In January 2021, the authorities caved to public calls to allow some citizens to access their state-run pension funds early for buying property or making other capital investments. Under rules devised by the Industry and Infrastructure Development Ministry, money withdrawn from the fund was only to be available for certain types of expenditures, such as the partial or whole payment of property and land purchases and for funding household renovations.

The program mostly benefited those who, thanks to large salaries and historic pension contributions, had been able to accumulate huge surpluses. As of late September, the state pension fund had approved 1.3 million applications and disbursed 3.1 trillion tenge ($6.5 billion) for the “improvement of living conditions.”

“Large withdrawals from the pension fund had a steroid-like effect. Market activity and prices significantly outstripped a fundamental factor: the level of incomes. In turn, the strong rise in prices has reduced the affordability of housing for citizens,” an expert from the Association of Financiers of Kazakhstan told Eurasianet in emailed remarks.

Seyitkazina was one of the losers.

“The state did us a disservice,” said Seyitkazina. “I don't think I’ll ever own a home.”