Kazakhstan: Striving to Get on the Tourist Trail 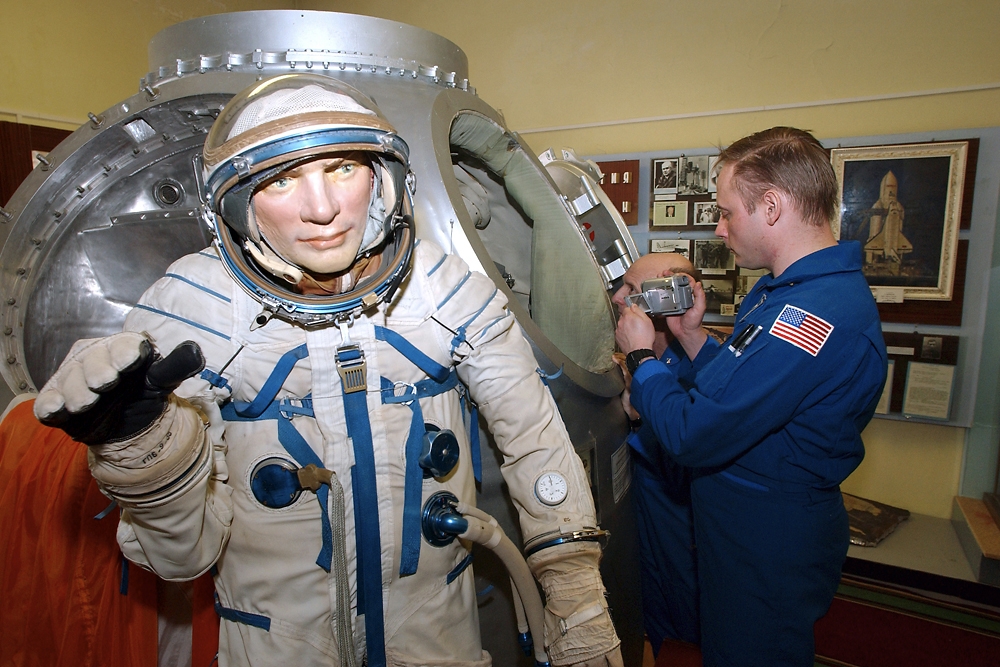 The Baikonur cosmodrome is one of the most unique tourist destinations in Kazakhstan. (Photo: NASA/Bill Ingalls)

Kazakhstan has lifted visa requirements for citizens of selected countries, a move designed to lure business travelers, and which is also expected to boost the tourism sector. But even without a need for visas, tourism experts believe that Kazakhstan will remain a hard sell for foreign visitors.

The pilot scheme went into effect July 15 for a one-year period and allows visa-free travel for visitors from 10 states: France, Germany, Italy, Japan, Malaysia, the Netherlands, South Korea, the United Arab Emirates, the UK, and the USA. It is ostensibly aimed at making life easier for business travelers and investors. But it also has broad potential implications for tourism.

It generated a buzz of excitement on online travel forums. But there also have been gripes that travelers can only stay for 15 days visa-free – a relatively short time to zoom around the sights of the world’s ninth largest country in terms of territory.

This sends a “positive message that [the country is] welcoming people,” Steven Hermans, editor of the Central Asia travel website Caravanistan, told EurasiaNet.org – even if two weeks “is not enough to really see Kazakhstan.”

The Central Asian state has plenty to offer travelers, from tours designed to highlight the natural beauty of its mountains, lakes and deserts to more off-beat itineraries, including space tourism at the Baikonur cosmodrome and a visit to a Soviet-era gulag prison camp.  Despite all the options, the tourist industry in Kazakhstan is hugely under-developed.

Spotting untapped potential, in May Astana approved a blueprint to raise the share of tourism in GDP from 0.3 percent currently to 3 percent by 2020.  Developing tourism infrastructure is all the more important as the commercial capital, Almaty, is polishing a bid to host the 2022 Winter Olympics.

The government will allocate $4 billion of the 2020 blueprint’s $10 billion price tag, with private investors expected to provide the rest.

The challenges to meeting the tourism target are manifold, as MPs complained in June, when parliament discussed the sector. Among the thorniest issues are comparatively high prices, shabby infrastructure and poor service. There are also logistical difficulties connected with reaching sites scattered around a country the size of Western Europe. When it comes to Kazakhstani citizens, vacationing abroad is often cheaper – up to half the price – than taking a break in Kazakhstan.

Foreign tourists in Kazakhstan tend to be “put off by the prices and the lack of service corresponding to them,” Mariya Zeynelova, deputy director of the Naurzum nature reserve in northern Kazakhstan, lamented at a recent travel fair.

Astana – which spares no expense on advertising to promote a positive image in Western policy-making circles  – needs a good PR campaign to sell itself as an exciting tourist destination, the fair also heard.

Online travel forums are full of gripes about astronomical prices combined with poor service in Kazakhstan. Yet tackling these issues doesn’t appear to be a priority for the government, even though it would like to attract high-end tourists.

Upmarket development plans include a golf course at Lake Burabay in northern Kazakhstan and a smart resort on the Caspian Sea – leaving critics wondering who will frequent such places: wealthy Europeans and South-East Asians, after all, are unlikely to choose Kazakhstan as a place to hone their backswing or sun themselves on the beach, they suggest.

Kazakhstan is also targeting winter tourism, which received a boost when Prince Harry of the British royal family took to the slopes at the Shymbulak ski resort this winter. Travel sector professionals see this as a promising area – particularly for markets in India, China, and South-East Asia, where cold weather is a novelty for many, and winter sports are growing popular among the middle classes.

Yet developing winter sports centers is sometimes controversial: environmentalists are opposing plans to build a ski resort at Kok-Zhaylau in south-eastern Kazakhstan, claiming construction will decimate the fragile eco-system in an area better suited for eco-tourism.

Industry insiders say Kazakhstan is missing an opportunity by ignoring independent travelers, who may travel on a shoestring but whose money directly benefits far-flung, local communities. Backpackers say they are attracted by Kazakhstan’s natural beauty, but are put off by high prices and other problems, including a Byzantine migration bureaucracy that will remain in place even for those traveling visa free. For example, failure to register with the migration police on arrival in Kazakhstan – a procedure some travelers have to complete multiple times in different cities – can land foreigners in hot water, and create added financial burdens.

Cedric Bussac, a cyclist from France, fell afoul of the regulations last fall, despite going through the “stressful and inconvenient process” of registering with the migration police when he arrived. When the time came for him and his companion to leave Kazakhstan, “immigration officers found that our migration cards, tiny sheets of paper we received at the Russian-Kazakh border, were not valid,” he told EurasiaNet.org.

“We had to go back to Almaty city [from the airport], find the immigration office, pay a fine in order to extend our cards and book two new flight tickets at high cost,” Bussac said – a process that cost some $1,000 in fines and new tickets.

As well as making life easier for independent travelers, Kazakhstan should also target affluent Westerners who shun upscale resorts in favor of eco-tourism and a chance to mix with local communities, suggests Hermans. Aiming for the luxury market is “not a bad idea – it worked for Dubai,” he says – yet Kazakhstan is “missing out on a whole big part of the tourism market with this strategy.”