Evidence suggests that local media struggle to compete with the appeal of aggressive Russian news coverage. 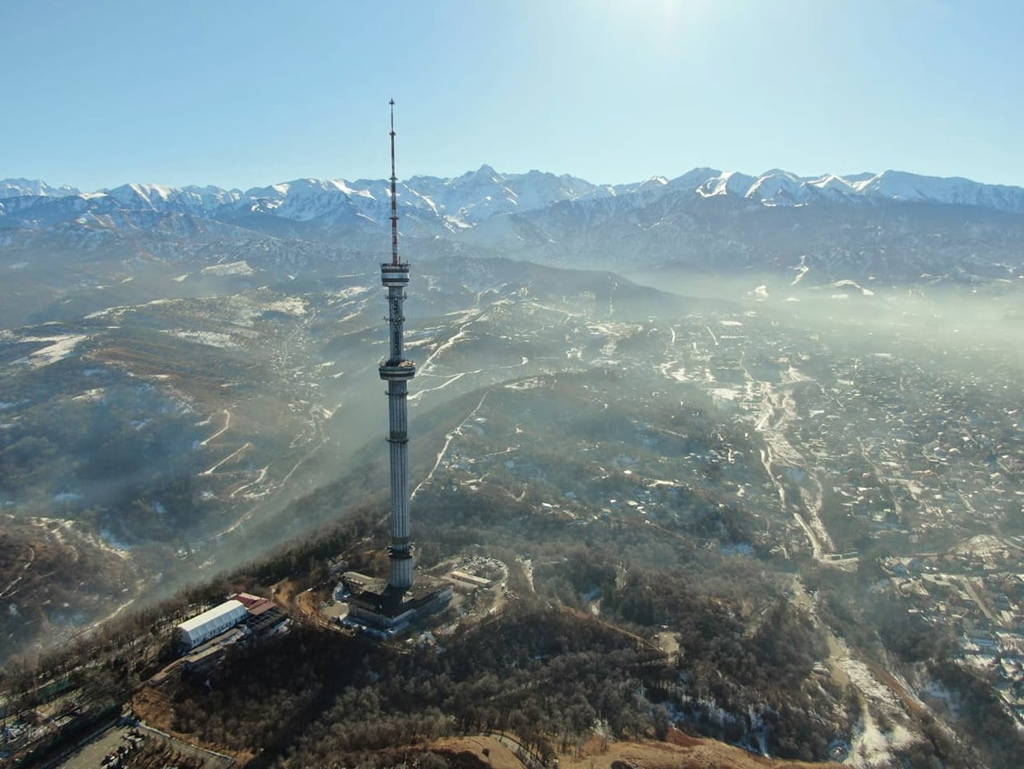 Kazakh authorities are struggling to cut through the info pollution coming from Russia, the study suggests. (government handout)

A survey conducted in Kazakhstan by a German-funded research institute has found strong levels of support for Russia’s invasion of Ukraine – and evidence suggests that this position is closely correlated to exposure to Russian state media.

According to Almaty-based Demoscope, which received financial backing from the Konrad Adenauer Foundation, around 39 percent of the people surveyed were supportive of Russia’s military campaign. A much smaller number, 10 percent, expressed solidarity with Ukraine.

The largest proportion of respondents, 46 percent, said they were refraining from adopting a position, while the remainder struggled to answer either way.

A more granular examination of the survey respondents reveals a more complex picture, however.

Of the 1,100 people contacted by Demoscope, 77 percent said that they preferred to respond to questions in Russian. The rest asked to conduct the survey in Kazakh. The researchers pointed out that this proportion did not imply anything about the ethnicity of the respondents, since many ethnic Kazakhs, usually in larger cities, are most comfortable speaking Russian.

Nevertheless, the research found that preference for speaking Russian was strongly correlated with support for Russia’s war in Ukraine, while a larger proportion of Kazakh speakers were sympathetic to Ukraine.

When asked if a war could ever break out between Russia and Kazakhstan, one-quarter of respondents answered in the affirmative. Anxiety over such a prospect has surged occasionally over the years and has been fueled by the claims of Russian chauvinist nationals to areas of northern Kazakhstan inhabited predominantly by ethnic Slavs.

Demoscope’s researchers drew a direct correlation between strong support for Moscow’s bellicose policies among Russian-speaking Kazakhstanis and the role of Russia state media. It also argued that the Kazakh government was failing to create the conditions for people to gain access to a more balanced menu of information.

“An excessive dependence of the audience on the influence of Russian media and an obvious imbalance in sources of information” points to the inability of the Kazakh authorities to “diversify their media landscape,” the research unit said. “The aggressive narratives of the Russian media are more effective in shaping the information field [among Kazakhstanis] than the unclear rhetoric of the presidential administration and official media.”

Remedying this situation, Demoscope said, would require the government to work on improving media literacy among citizens and coaching them to “deconstruct propaganda and resist disinformation and fake information.”

Critics of the survey complained, however, that Demoscope had done a poor job in accurately representing the real array of views in Kazakh society. Commenting on the research outfit’s Facebook page, some noted that the sample size was inadequate and others said the reliance on landlines skewed the survey toward reliance on older people more inclined to spend time indoors watching television – and Russian television more often than not.

Other parties objected to Demoscope in a more destructive fashion. After the survey was released, Demoscope’s website was, it seems, subjected to a hacking attack that made it unavailable and deleted around a year’s worth of research content.

“We can’t yet say that this was indeed a cyberattack — there is no hard evidence,” Snezhana Tsoi, research coordinator for Demoscope, told Eurasianet. “Together with a foreign IT company, we are trying to find out who deleted our research and for what reason.”