Kazakhstan’s poorer neighbors are feeling the weight of this problem too. 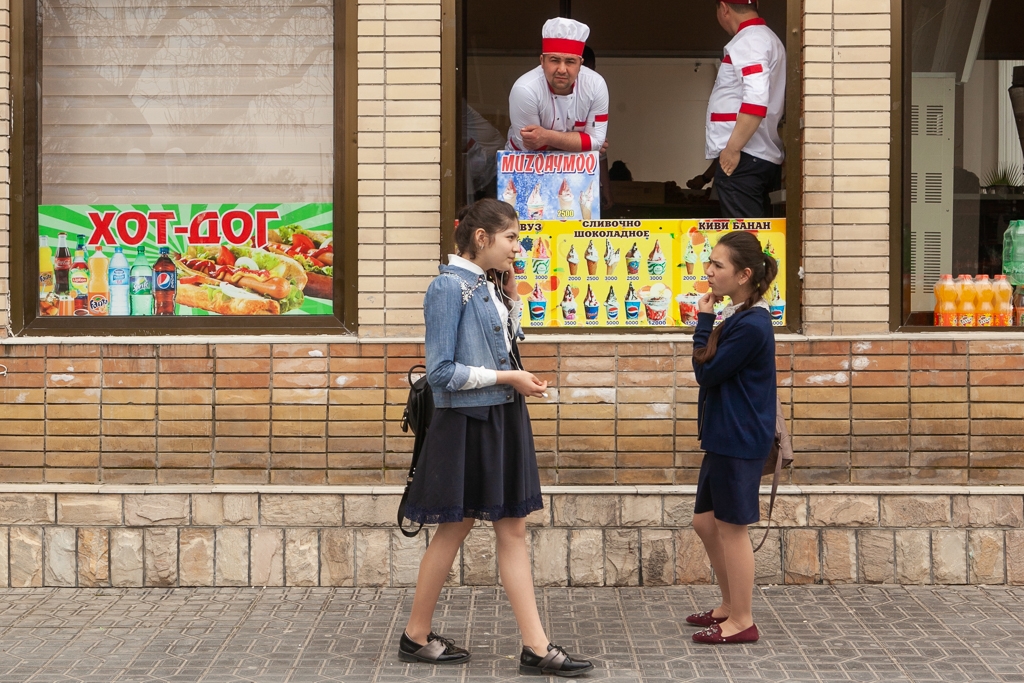 Fifteen-year-old Grisha Starchenko is worried that his classmates might be addicts.

It is not their drug, alcohol or cigarette habits that keep the schoolboy from Nur-Sultan, the capital of Kazakhstan, awake at night. It is all the junk food they are putting away.

“Junk food has lots of fat and it’s so bad for the health and the body,” he noted. “Parents sometimes encourage their children by taking them to McDonald’s if they get a top grade. That’s not right, because the child subconsciously gets addicted.”

It does not help that the unhealthy treats are so temptingly and prominently arrayed in stores.

Health experts rue that Starchenko is anything but a typical Kazakhstani teenager.

An unscientific straw poll conducted by Eurasianet at a food court in a shopping mall in Almaty, Kazakhstan’s commercial capital, found youngsters to be relaxed about the dangers of junk food. Most teenagers quizzed admitted to eating fast food once a week, but some have more of a habit.

“Every day,” said 15-year-old Kamila, munching a burger and slurping a fizzy drink. Fast food is unhealthy, she agreed, adding jokingly: “I don’t abuse it!”

Kamila is skinny – she burns off calories doing sports. But that was not true of many teenagers in the crowded food court, where some said they got a free lunch at school but had still dropped by to indulge their fast food craving.

Nutrition experts are now sounding the alarm about rising levels of obesity among children that they fear may, if not tackled aggressively and effectively, become an epidemic. It is not just Kazakhstan either. Poorer neighbors are feeling the weight of this problem too.

In what might come as a surprise for outsiders who picture Central Asia as a poverty-stricken region where people are more likely to suffer malnourishment than ill-effects from overeating, child obesity levels are rocketing.

While the region still faces crippling problems related to malnourishment, including stunting, “obesity is becoming a big issue,” Yarparvar explained at a symposium in Nur-Sultan convened in late April to devise solutions to this health hazard. “We call this a double burden – like a sword with two sides.”

Although child obesity rates are lower in Central Asia than Europe, the rapid increase “is becoming something to worry about,” said Joao Breda, head of the European Office for the Prevention and Control of Non-Communicable Diseases at the World Health Organization.

“When you compare data from cities compared to rural areas – the urban/rural divide – it’s incredible because you really see obesity coming,” Breda said.

Kazakhstan has Central Asia’s highest rate of obese children. Over one-fifth of children aged 6-9 are overweight (22 percent of boys; 26 percent of girls). Of those, 5.5 percent are obese, WHO data show.

Data is unavailable for Kyrgyzstan and Uzbekistan. The former is participating in current research to be published later. WHO officials hope Tashkent will join in future.

The underlying causes of obesity in Central Asia are the same as elsewhere around the world. Sedentary lifestyles are exacerbated by a growing fixation on screens of various kinds and an increased appetite for fatty and sugary foods.

The WHO study shows that the three Central Asian states fall short of guidelines stating that children should have at least one hour of moderate-to-vigorous physical activity daily. Around one-third in Kazakhstan and Tajikistan and one-fifth in Turkmenistan fail on weekdays (more hit the target at weekends).

On dietary recommendations, the worst performer is Kazakhstan, where people pride themselves on a passion for meat inherited from their nomadic ancestors. Only around one-third of children eat fruit and vegetables daily, while one-quarter consume sugary drinks every day.

Unlike in Mediterranean countries, the path to arresting and reversing the rise in child obesity in Central Asia is not switching back to traditional diets.

In Kazakhstan and Kyrgyzstan, the national dish is beshbarmak, hunks of meat heaped on slabs of pasta. Another Central Asian perennial is plov, an oily, meaty rice dish. This latter dish is especially beloved in Uzbekistan, which a recent study published in medical journal The Lancet determined has the world’s unhealthiest diet.

Even the region’s traditional food-on-the-hoof, samsa, a fatty meat pie, is no healthy alternative to a burger.

Education, including training nutritionists and embedding them in the medical and education systems, is important, said Breda of the WHO. Tougher regulation – like sugar taxes – is also needed.

“It is a complex problem […] there is no silver bullet,” he said. “You use health literacy, but you also need to use the big ammunition. […] Nutritional labelling is something that needs to be improved; taxation; the use of food reformulation.”

That means mandatory restrictions on sugar in food, a proposal that gets pushback from vested commercial interests.

Under a regional customs union directive, Kazakhstan has imposed a limit on trans-fats in food and banned fizzy drinks in schools. Non-fizzy sugary drinks remain available in school canteens, however.

There are also calls for tighter regulation of advertising. A recent WHO study found that on one Kazakhstani children’s TV channel, ads for chocolate, candies and fizzy drinks accounted for 100 percent of food commercials.

Ultimately, said Yarparvar of UNICEF, what is required is “a modern agenda in the region with all the needed elements they should put in place to be able to survive this massive wave of obesity and non-communicable diseases.

Disclaimer: UNICEF funded air travel to Nur-Sultan from Almaty for Eurasianet’s correspondent to cover the symposium.

Tajikistan: President’s home district to get a dramatic upgrade