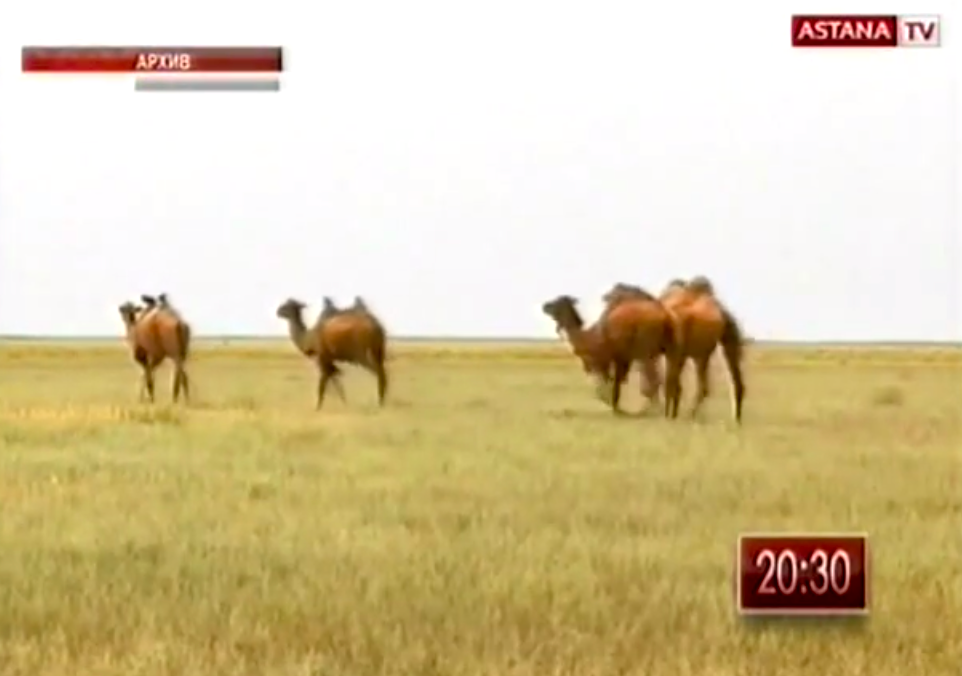 The Taysoygan training grounds, which Russia currently leases from Kazakhstan, in a screenshot from a report on Astana TV.

Kazakhstan has reached an agreement with Russia to take over most of a Russian military training facility in far western Kazakhstan. The deal represents the latest step in Kazakhstan's efforts to regain control over the many Soviet-legacy military and other strategic facilities that Russia still operates in the country.

Under the agreement, Russia will hand over about 90 percent of the Taysoygan testing facility near Atyrau, Senator Sarsenbay Engsegenov told Astana TV. President Nursultan Nazarbayev instructed the Ministry of Defense to work out the details of the agreement, which should be ratified by parliament by the end of March, Engsegenov said. There hasn't yet been any comment from the Russian side.

This follows recent agreements that Astana has made with Moscow to get more control of the Balkhash missile testing site and the Baikonur space launch facility.

The Taysoygan facility is currently used for Russian testing of pilots and aircraft, but in the Soviet era it was used for nuclear testing (it was reportedly subject to 24 nuclear explosions in the 1960s and 70s), and today residents still talk about the environmental impact of that: there have been calves born with five legs or one eye, children with a variety of developmental disabilities, and adults tend to have short lifespans.

But that's in the past, Russian officials say. "In recent years we haven't done any kind of testing that could harm the environment," said Aleksandr Zimin, a representative of the facility, in an interview with local media in 2011. "We use this area as an air polygon, only for flights -- we don't drop anything, don't explode anything. ... I can say with confidence, that for the last three years nothing has fallen or blown up."

In spite of the environmental damage already done, the area is thought to be rich pastureland, and though locals already graze their livestock there, they say being able to do so legally will be much easier.

Probabably higher on the agenda than livestock grazing: the fact that oil has been discovered in the area and Kazakhstan needs full control to be able to exploit it.