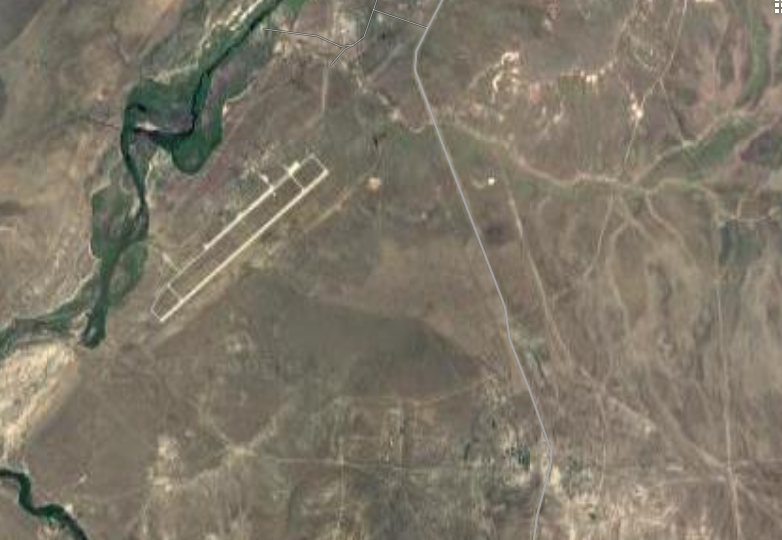 The area around the Emba missile test site in Kazakhstan, which Kazakhstan is taking over from the Russian military. (image: Google Maps)

On April 5, President Nursultan Nazarbayev ratified an agreement to take over the Emba missile testing site, in the Aktobe region of western Kazakhstan, from Russia.

When the agreement was first signed in October, Russian Deputy Defense Minister Anatoliy Antonov presented it as just a bit of housekeeping: "After all, the weapons and equipment that are tested at these facilities, protect not only Russia, but Kazakhstan as well," he said. He described the move as an "optimization" of the use of Kazakhstan's land by the Russian military.

But there is an unmistakeable trend: in 2015 Kazakhstan got Russia to hand over another missile testing site in western Kazakhstan, Taysogan; in 2014 it got Russia to agree to the joint usage of another site, Balkhash, which had previously only been used by Russia. Astana also has gotten Moscow to cede more control over the Baikonur space launch facility. Russia now operates only three test facilities in Kazakhstan.

At a Kazakhstan parliamentary hearing last year, MPs complained that Russia was paying a pittance for the use of the various test sites it operates, about $24 million.

"I think that price is very low,"  MP Kuanysh Aitakhanov said at the time. "In theory, it should be no less than the price of the land that Kazakhs use for agriculture. Farmers pay 2,000 tenge per hectare to rent a plot, while Russia just 424 tenge. How is that possible? After all, in the current crisis Kazakhstan could be getting tens of billions in profit for this rent."

"The United States rents a tiny bit of land in Berlin and it costs them half a billion Euros. And the total rent for all American bases in Germany is about three billion," aded MP Murat Bakhtiyaruly.

When Russian Defense Minister Sergey Shoigu discussed the issue a few months later, he alluded to the fact that Russia doesn't want to give up these facilities, at least in the way that Kazakhstan wants: "We've met the Kazakhstan side halfway and have returned more than 1.7 million hectares of land. In continuation of that work, we've agreed to prepare a protocol on the Emba polygon."

The annual rent that the Russian military pays for the facilities in Kazakhstan is now down to under $21 million (due to currency rate changes), Deputy Minister of Finance Breik Sholpanukov told a parliamentary hearing in February. And Kazakhstan won't lose much by taking over Emba: the rent for it was just over $700,000 a year.

The Emba test site was set up in 1960 and was mainly used for testing air defense systems like the S-300 and Buk. The 250,000-hectare site will now be turned into pastureland.