Experts say tougher penalties for users will not curb supply. 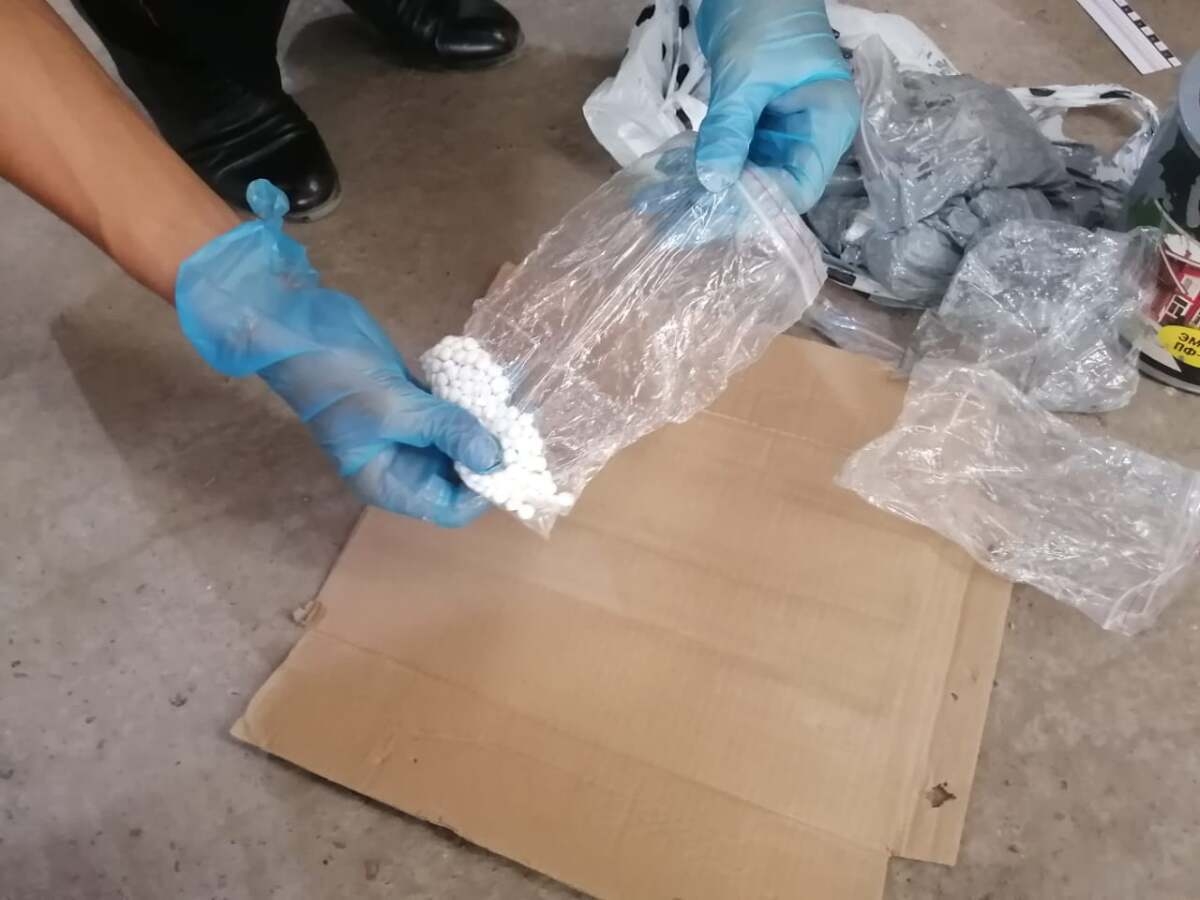 Drugs seized in a bust earlier this year (polisia.kz)

Kazakhstan is launching a belated crackdown on the synthetic drugs that have replaced traditional narcotics as the main source of addiction among young city dwellers.

Since the beginning of the last decade at least, drugs including “spice,” a cannabis-like synthetic, and stimulants like PVP and MPDV, have been readily available in Kazakhstan’s largest cities.

Almaty residents were outraged in 2019 when billboards appeared with QR-codes leading to websites where synthetic drugs could be purchased.

New criminal code changes that went into effect on October 14 focus on possession. Users holding a gram or more of synthetic drugs will now face prison terms, the interior ministry’s top narcotics cop Bakytzhan Amirkhanov told state broadcaster Khabar earlier in the month. That equates synthetics to other drugs like heroin, he said.

Amirkhanov said that the local drug trade has risen in recent years but offered no figures.

The trend toward synthetics in Kazakhstan echoes what has been happening to a greater extent in Russia.

There, krokodil – a highly destructive heroin substitute concocted with legal ingredients – sparked fresh epidemics that filled the internet with distressing images of users with rotting flesh. The drug’s popularity was linked to the war on opium cultivation and heroin production prosecuted by the United States and its allies in Afghanistan.

Dips in supply pushed up the street price of heroin in Russian cities and turned users towards cheaper and nastier alternatives.

Still, there has been a clear shift from synthetics imitating cannabis to harder concoctions, says Andrei Sobolyev, an Almaty psychiatrist who specializes in treating drug-dependent patients.

Users are becoming younger too.

“If earlier we saw drug users in clinical settings at the age of 25 to 35 years, now they are aged from 15 to 25,” Sobolyev told Eurasianet.

Reports of lab busts have become commonplace in Kazakhstan, with central regions emerging as a hub for synthetic drug production.

The Almaty billboards were a particularly brazen type of advertising. But major cities are awash with graffiti pointing passersby to Telegram channels where dealers and users can interact.

The new sanctions for users of synthetics are a blow for harm reduction advocates who argue that the state’s punitive approach offers little scope for rehabilitation.

Formally, rehab programs exist in the country’s prisons, but former convicts jailed on drugs charges regularly report having received no help at all from the state while behind bars.

Rights defenders have even alleged that some guards make money by plying prisoners with various medicines, thereby fostering new addictions.

In 2019, a draft bill proposing decriminalization of non-medicinal drug use was sent to parliament. At the time, it was estimated that Kazakhstan had at least 450,000 drug-addicted citizens out of a population of about 19 million.

In response to an information request from the independent news website Vlast.kz, Vassiliy Oleinik, a lawmaker in the ruling Nur Otan party, explained that the working group studying the law had knocked the bill down after deciding that decriminalization of drug use was “premature.”

Now they are moving in the other direction.