The government has ordered the fiscal inspection service to withdraw letters accusing businesses of evading taxes. 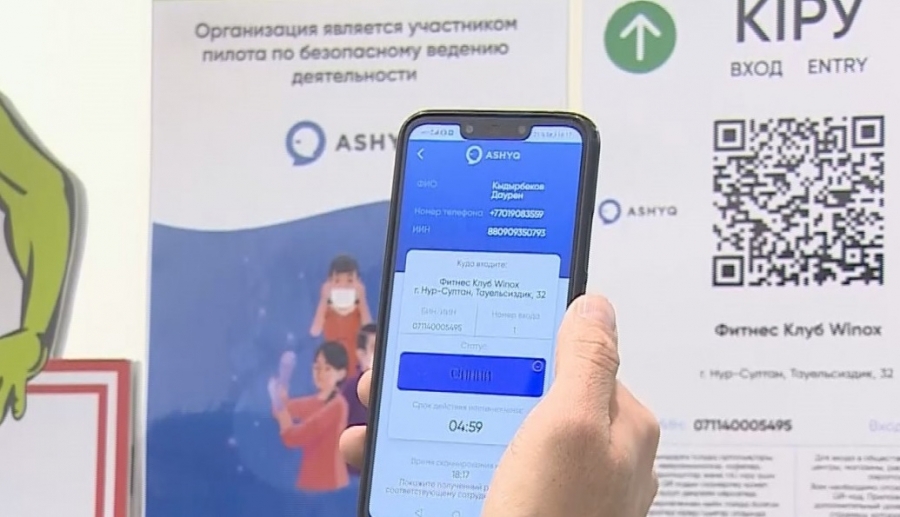 And have you paid your taxes?: Data on the Ashyq app is not as secure as was promised. (Photo: Kazakhstan government website)

Tax authorities in Kazakhstan resorted to analyzing data from an app designed to track movements as a COVID-containment measure to smoke out purported tax dodgers.

Businesses complained that this technique is illegal and unfair. The government has fallen on their side.

Nevertheless, the episode will undermine public faith in the willingness of officials to respect privacy in their fight against the coronavirus pandemic.

The Ashyq app was introduced by the government in the spring of 2021 to enable businesses to keep their doors open. Shopping malls, cinemas and fitness clubs were allowed to operate only on condition they required visitors with the Ashyq app on their phones to confirm they had either been vaccinated or had recently tested negative for COVID-19.

But in recent days, traders in various cities across Kazakhstan have been receiving written messages from tax inspectors noting the discrepancy between the number of people entering their premises with the Ashyq app and the number of fiscal receipts issued.

Businesspeople have derided this detective work.

“The number of receipts in the system will never match up, because not everyone who logs in through Ashyq is going to become a [paying] client, for any number of reasons,” Olzhas Ordabayev, deputy head of Atameken, a business lobby group, wrote on his Facebook account on December 22.

Ordabayev argued that Ashyq had not been created for the purposes of monitoring tax payments and that the authorities should pursue other measures to detect suspected evasion.

What is more, this sly technique was in flat contradiction to promises made earlier this year.

When Digital Development, Innovation and Aerospace Industry Minister Bagdat Musin unveiled the tracking app in May, he assured the public that the data would be kept secure.

“We will never provide [data] to other government agencies or other departments,” Musin said at the time.

Tax officials insist that their actions are not in violation of the spirit of that pledge. The Finance Ministry’s State Revenue Committee told Orda.kz news website on December 22 that it was only receiving data about the number of visitors to businesses and that it had no access to their health information.

The departments do not appear to have agreed upon their stories, however.

Digital Development, Innovation and Aerospace Industry Minister said on the same day that it was not involved in transferring any data at all to the tax inspectorate and that the distribution of letters accusing businesses of possible evasion was not coordinated with them.

In the end, the government had to climb down in the face of business complaints. Speaking at a December 22 meeting of the government commission on the non-proliferation of coronavirus, Deputy Prime Minister Yeraly Tugzhanov admitted that the letters sent out by tax officials were illegal and demanded that they be withdrawn.

Atameken says it is now preparing a formal complaint against the State Revenue Committee that it will submit to the General Prosecutor’s Office.