Activists are concerned that Kazakh does not enjoy the status it deserves. 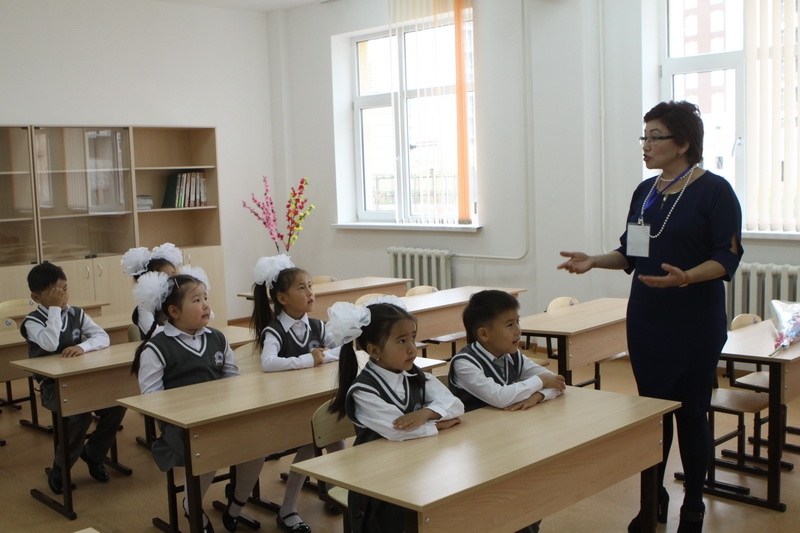 A decision reportedly adopted by Kazakh-language primary schools near Kazakhstan’s capital to allow instruction in some classrooms to take place in Russian is angering local champions of the native language.

Activists opposed to the plan said they have tried to pressure educational authorities into backing down, but their efforts may have been in vain.

The confrontation over schools is yet another flashpoint in a long-running battle by self-styled patriots to upgrade the prestige of Kazakh – a language that many in the country’s largest cities, including ethnic Kazakhs, often decline to learn or speak.

Some of the more muscular attempt to advance this agenda have drawn howls of protest from politicians in Russia, where populist rabble-rousers have contrived to claim that ethnic Russians are being targeted for discrimination.

Bakytbol Berimbayuly, a Nur-Sultan-based activist, told news website Exclusive.kz that the Russian-language classrooms were instigated by a small group of ethnic Russians.

“Three Russians raised the issue of converting the Kazakh school in [the village of] Karaotkel into a mixed school,” he said. “When we made a fuss, a Tselinograd [district official] promised that the Kazakh school would remain as it was. But now they have started accepting children into Russian first grade.”

Berimbayuly did not spell out his specific objection to having mixed schools, but he urged fellow Kazakh language champions to picket the Education Ministry and demand an explanation.

A local regional official sought to tamp down the controversy, however. He told Exclusive.kz that although it was true one primary school classroom in Karaotkel would have Russian-language instruction, Russian-speaking children from another village, Koyandy, would still have to go daily to Nur-Sultan for classes in their language.

In general, though, Russian-language pupils are well catered for in Kazakhstan. A little over half of the schools in the country teach exclusively in Kazakh, but the rest are either mixed or Russian.

Russian still generally has the upper hand in many important respects. It is estimated that around 90 percent of the population speaks it, and much important commercial business is still conducted in that language. Despite attempts by the government to force purveyors of entertainment to dub content into Kazakh, movies are still mainly shown in the cinema and on TV in Russian.

People like Kostanay-based activist Kuat Akhmetov have tried in somewhat heavy-handed manner to change that. Akhmetov posts online videos showing him and his acolytes entering stores or government buildings looking for signs in Russian. In the videos, they then confront workers with questions about why the signs are not in Kazakh. At times, the confrontations turn nasty.

It is these kinds of stunts that have Russian politicians up in arms.

Akhmetov’s antics have now landed him in trouble. In the face of a possible prosecution for inciting ethnic hatred, an offense punishable by up to seven years in prison, the activist has fled the country.

A subtler and more persistent approach has been favored by an online movement called Qazaqshajaz (Write in Kazakh). This group trawls domestic brand accounts on social networks, and if any of them use only Russian, allies are directed to bombard the company with polite requests to post the same content in Kazakh. Qazaqshajaz regularly reports on the results of its work on its Instagram page, posting the names of brands that have become Kazakh-speaking as a result of their pressure campaign.

The general position of the authorities on all these matters is to deny there is a problem at all. Speaking in a recent interview, Dauren Abayev, the first deputy head of the presidential administration, described the activities of people like Akhmetov as manifestations of “troglodyte nationalism” and said that it was a passing fad.