The conviction is intended to send a message to anybody dabbling with online opposition politics. 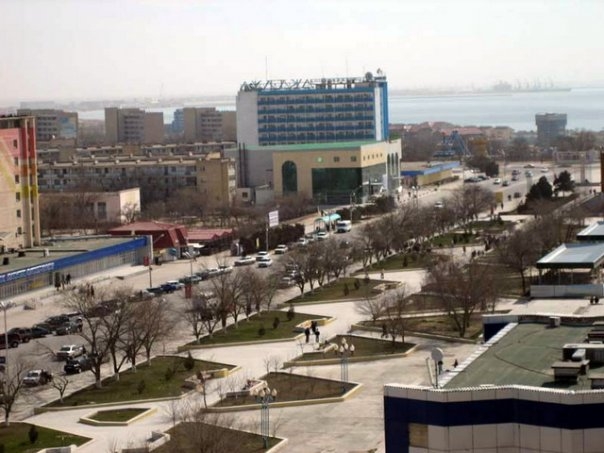 Despite being rich in oil, western Kazakhstan has seen little of the major investment lavished on other parts of the country. (Photo: Wikipedia Commons)

A court in Kazakhstan has handed down a three-year prison sentence to a father of four on charges of sowing discord through his use of the Telegram messenger app and anti-government leafleting.

The conviction is intended to send a chill through the community of opposition-minded people by demonstrating the government’s intent to pursue prosecutions against those engaged in exchanging messages online.

In his final statement to the court, made two days before his sentencing on September 20, Ablovas Jumayev, 44, broke down in tears as he described the hardships of his daily life. His emotion may partly have been attributable to his father dying of heart failure two days prior.

“Where I live, there are no roads, we drink water from a well. I talked about this situation. The people are not happy. But ordinary people cannot say this, they are afraid,” Jumayev said, speaking of his surroundings in the western province of Mangystau.

In court Jumayev had just begun citing local police’s own complaints of low salaries when he suddenly burst into tears, according to a report by RFE/RL’s Kazakh service, Azattyq.

Jumayev’s conviction was based on two purported offenses — using the Telegram app to incite “social hatred” and distributing leaflets calling for the forcible overthrow of the government.

His lawyer, Zhanargul Sundetkaliyeva, said the heavier part of the penalty stemmed from the Telegram activity. On the app, Jumayev argued that 78-year-old President Nursultan Nazarbayev had appointed a fellow clansman from southeastern Kazakhstan as Mangystau regional police chief as a way of preventing the restive local population from rising up against the government. This was deemed as tantamount to inciting hatred for a social group.

Jumayev admits writing the post, but he says he never possessed anti-government leaflets and claims that police planted those in his car.

Western Kazakhstan, rich in oil and yet economically depressed, is the part of the country where the Nazarbayev-ordained vision of national unity has seen the most cracks.

Jumayev was the only breadwinner in a young family already struggling to pay off debts. The nearly $500 he was ordered by the court to cover the cost of court experts hired by the prosecution was an additional slight. Sundyetkalieva told Eurasianet that Judge Aralbai Nagashibayev had refused to accept experts for the defense “who would have helped show that my client wasn’t guilty.”

Nagashibayev was already a contentious figure in the region. He presided over the case of oil workers accused of stoking unrest in the oil town of Zhanaozen in December 2011 that culminated in the death of more than a dozen people. Although it was the police officers that had been responsible for most of the deaths through their indiscriminate shooting, it was the striking workers who received the harsher treatment.

Sundyetkaliyeva said that Jumayev would appeal the verdict, but admitted she had half-expected him to be found guilty, because “it was that sort of case.”

It is a virtual certainty that the reason for the case even coming to court in the first place was that Jumayev had been posting in a Telegram channel affiliated to a banned political movement run by the government’s self-exiled bête noire, Mukhtar Ablyazov.

A court ruling in March to brand Ablyazov’s Democratic Choice of Kazakhstan, or DVK, an extremist movement has considerably ramped up the costs of dabbling in his type of opposition politicking.

Akberdi, 38, faces even weightier charges than her husband as she is accused of talking up revolution in the same DVK-linked Telegram group. Jumayev was charged with allegedly doing the same through leafleting, but messaging apps are deemed a form of mass communication and their use consequently incurs harsher treatment.

Jailing a mother and breaking up a family would make for bad optics given the already sour public mood. It is far from clear whether Astana either understands or cares.