47 people were returned home following an operation by the security services and the army. 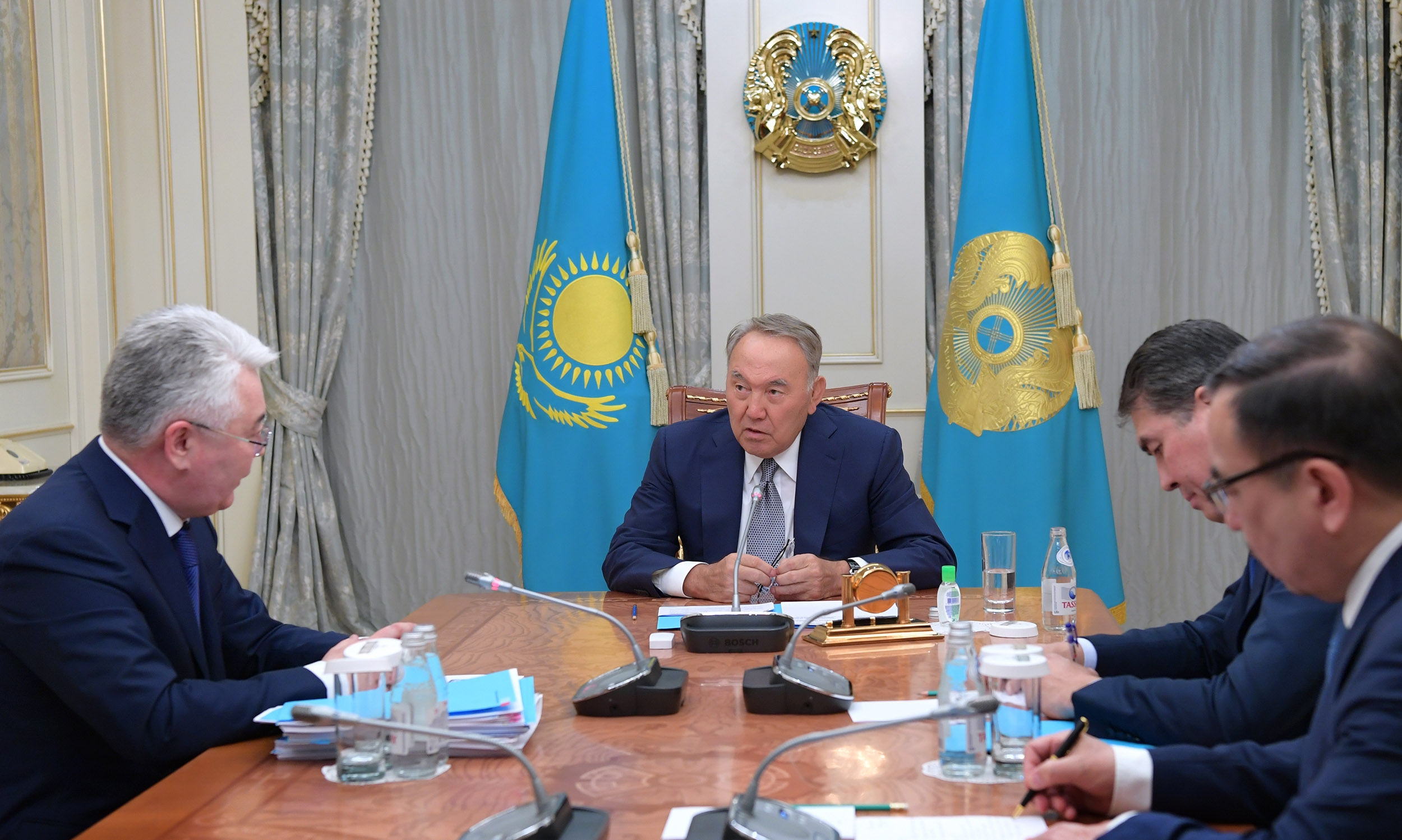 Nazarbayev speaking to officials on January 9 about the evacuation of 47 Kazakhstani citizens from Syria. (Photo: Akorda website)

Security services in Kazakhstan have said that seven out of the 47 Kazakhstani citizens that were evacuated from Syria this week are suspected of involvement in terrorist activities.

Bakhytbek Rakhymberdiyev, a spokesman for the National Security Committee, or KNB, said on January 10 that the group of suspected individuals comprised six men and one woman.

One day earlier, President Nursultan Nazarbayev announced that the group of citizens returned to Kazakhstan from Syria on January 6 included 30 children. He said they had been lured to the Middle Eastern nation under false pretenses and kept hostage by terrorists.

Vlast news website cited the Foreign Ministry as saying that the evacuees had “voluntarily given themselves up to the Syrian Democratic Forces, after which they were given transit through a third country with the assistance of the Kazakhstani security services and military.” The ministry said some agreed to be taken out of Syria on the understanding that they could later face prosecution.

This humanitarian rescue operation marks something of a fine-tuning of policy by Astana. In July 2017, Nazarbayev approved legislation allowing terrorism suspects to be stripped of citizenship, essentially rendering them stateless.

Rakhymberdiev clarified that the decision to revoke citizenship could only be adopted by the courts and would apply to people who had traveled to conflict zones of their own free will.

“But those who voluntarily expressed a desire to return to Kazakhstan from Syria fall into another category,” he said.

Rakhymberdiev said that it is estimated that up to 380 adults from Kazakhstan are still in Syria. They may have between 400 and 500 children with them, he said.

In an unrelated development that appears at first glance to signal a success in back-channel diplomacy by Astana, China has reportedly agreed to allow more than 2,000 ethnic Kazakhs to relinquish their Chinese citizenship and leave the country.

The Foreign Ministry told The Associated Press that those people who leave China will then be free to apply for residency and citizenship in Kazakhstan. What is confusing, however, is that Kazakhstan media outlets in December carried similar reports, although it was then stated, again citing Foreign Ministry officials, that the 2,000 people being allowed to depart China were dual citizenship holders.

The fate of ethnic Kazakhs in China’s Xinjiang province has become object of increasing clamor inside Kazakhstan, despite the government’s tacit discouragement of coverage of the issue by local media.

China has over the past several years undertaken a colossal and sinister policy of detaining hundreds of thousands of Uyghurs, Kazakhs and other Muslim minorities in so-called re-education camps. The purpose of the camps is said by Beijing to be to prevent the proliferation of extremist ideologies, but the groundless mass incarcerations in facilities where inmates are subjected to countless hours of ideological training have shocked the international community.

Serikzhan Bilash, an activist engaged in drawing attention to the plight of Kazakhs in China, told the AP that the government in Astana has gradually shifted from its previous relaxed stance on what is occurring in Xinjiang.

“They’re starting to accept my opinion now,” he said.

Then again, after a prolonged period of ignoring the issue, state news agency Kazinform on January 10 ran a lengthy piece based on a visit to Xinjiang re-education camps organized by Chinese authorities for some international news outlets.

Kazinform obligingly reproduced the Beijing line, chiding international media for referring to re-education camps rather than “vocational centers.” Even Kazinform was forced to acknowledge, however, that their visit was strictly controlled and that their correspondent was unable to conduct unmonitored one-on-one interviews with people in the camps.