Kazakhstan: The ABCs of the Alphabet Debate 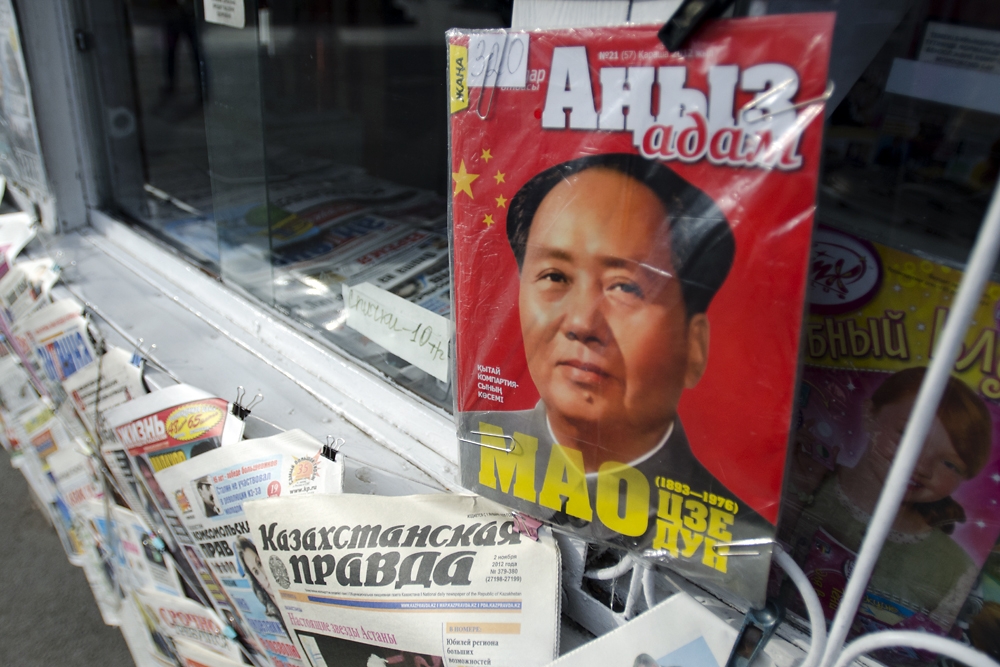 Changing the Kazakh language from Cyrillic to Latin characters was first proposed in the 1990s. (Photo: Dean C.K. Cox)

News that Kazakhstan is proceeding with plans to switch the alphabet used for the Kazakh language from Cyrillic to Latin is stoking a furious public debate.

The battle lines cross the linguistic divide and reveal divisions lurking beneath the surface of society. The discussion goes beyond linguistic questions into thorny territory such as Kazakhstan’s multiethnic, multicultural society; its geopolitical priorities; and the colonial legacy.

Kazakhstan has been mulling the alphabet change since the 1990s, and pursuing stop-start plans to switch since 2006. Last December President Nursultan Nazarbayev broached the sensitive topic again, announcing that written Kazakh will switch to Latin letters – but not until 2025. The change, he argued, would provide “an impulse for the modernization of the Kazakh language” and promote “our global integration.”

While many Kazakh speakers welcome the news, others express outrage.

One group of 66 prominent intellectuals – including writers, academics and journalists known for their vigorous promotion of Kazakh-language interests – have penned an open letter to Nazarbayev against the planned change.

“Won’t damage thus be done to the unity and integrity of the people?” the Kazakh-language letter, published on the Abai.kz website on February 13, speculated.

These intellectuals argue that the switch would strengthen the linguistic divide in Kazakhstan, where, for historical reasons, Kazakh is – to the chagrin of many Kazakh speakers – not spoken by everyone, including some ethnic Kazakhs whose first language is Russian. Kazakhs make up roughly two-thirds of the population, Russians around a quarter.

“We are surprised that many people do not understand that a language that is in a difficult position gets weaker every time with a change of alphabet,” the intellectuals fretted.

Kazakh has the legal status of state language; Russian is the de facto lingua franca and enjoys a constitutional status allowing its use in state bodies. Kazakh speakers are particularly resentful that – over two decades after independence – Russian remains overwhelmingly the language of government.

“Openly dividing Kazakhs in two on the basis of alphabet is tantamount to a criminal act,” the intellectuals concluded dramatically. They expressed concern that a huge body of Kazakh-language literature in Cyrillic would be lost to young people, leaving them “detached from their ancestors’ history.”

In fact, many in Kazakhstan already use both alphabets. Switching Kazakh to Latin will not erase knowledge of Cyrillic when it is government policy to retain excellent knowledge of Russian, while improving the public’s command of Kazakh.

Reliable figures on linguistic capability are hard to come by, but according to the last census in 2009, only two-thirds of citizens claimed a decent command of Kazakh, while 94 percent understood Russian. Astana aims to get 95 percent of citizens speaking Kazakh by 2025, preserving fluency in Russian at around 90 percent. This would distinguish Kazakhstan from other Central Asian states, where knowledge of Russian has declined since independence.

On both sides of this polarized debate, the arguments are hyperbolic. Keeping Kazakh in Cyrillic would “be dangerous for the language itself,” Anar Fazylzhanova, deputy director of the Akhmet Bayturnsynuly Linguistics Institute, argued to Interfax-Kazakhstan in January. She is among linguists suggesting that Kazakh needs to be distanced from Russian because of Russian’s semantic and syntactic influence on a language that sometimes struggles to make itself heard in its home country. Although Russian is a Slavic tongue and Kazakh is Turkic, “Kazakh sentences are often constructed according to the rules of Russian syntax,” a feature article in the Russian-language Alau magazine said in January.

Another popular argument in favor of Latin is that it is more convenient in a hi-tech world – one of “many advantages” of switching, Layla Yermenbayeva, a Kazakh-language lecturer at Almaty’s KIMEP University, told EurasiaNet.org.

Linguists are divided on whether Latin or Cyrillic more easily transmits the sounds of Kazakh, and on which form of Latin to adopt (Turkic states using Latin such as Turkey, Uzbekistan, Azerbaijan and Turkmenistan use a variety of scripts). There is even a movement afoot lobbying to abandon Cyrillic in favor of the runic script used for Kazakh in ancient times.

Latin replaced the Arabic script for Kazakh in Soviet Kazakhstan in 1929; then in 1940, Cyrillic was introduced as a common alphabet for all republics.

A commission is to be set up by September 1 to explore moving to Latin – not for the first time. One commission created in 2006 reported back in 2007 with suggestions for alphabet change phased over 12-15 years, costing $300 million.

That strategy ended up on the backburner for unexplained reasons: the global financial crisis may have been one, but geopolitics could also have been at play.

In remarks guaranteed to raise eyebrows in Moscow, that 2007 report argued that alphabet change “means for Kazakhs changing the Soviet (colonial) identity, which still largely dominates the national consciousness, to a sovereign (Kazakh) identity.”

Nazarbayev – a staunch Russian ally – said this January that alphabet change was unrelated to “geopolitical preferences” – yet many in Kazakhstan see it in those terms.

Support for Cyrillic is tantamount to “opposition to our national interests” by people unwilling to reject “colonization,” argued an anonymous commentator in an online debate conducted in Kazakh and sparked by the intelligentsia’s letter. A supporter of Cyrillic, also anonymous, countered with an appropriate analogy in a country where the horse is a national symbol: “The alphabet is not a horse that tires or dies of old age. The alphabet builds written culture for centuries. Written culture builds a nation.”

A third unnamed commentator offered an equally equine riposte: Cyrillic supporters should “be given unsaddled horses to gallop… backward to the 20th century.”