Kazakhstan: The Oligarch, the Bank, and the Battle with Astana 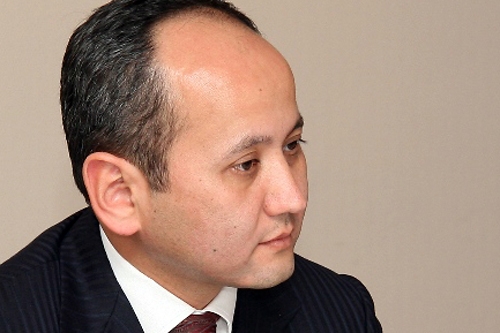 Now that Kazakhstani oligarch Mukhtar Ablyazov has been apprehended, banking officials in Kazakhstan are striving to recover as much as they can of the $6 billion he is accused of embezzling. Meanwhile, officials in Astana are pressing for Ablyazov’s extradition while his supporters contend he would not receive a fair trial in Kazakhstan.

Ablyazov, who is wanted for alleged financial misdeeds in Kazakhstan and other formerly Soviet states, and who is also a fugitive from British justice, was finally tracked down in southern France and arrested on July 31. He is now in a French jail facing two extradition bids, one from Ukraine, the other from Kazakhstan, where he is seen as public enemy number one by President Nursultan Nazarbayev’s administration. Officials in Astana have painted Ablyazov as a sophisticated con-man. Ablyazov, meanwhile, casts himself as a fighter for political principle and a victim of persecution.

In addition to being wanted in Kazakhstan, Ukraine and Russia, Ablyazov faces legal problems in Britain, where last year he fled after being convicted of contempt of court stemming from a $6-billion fraud case brought against him by Kazakhstan’s BTA Bank.

BTA managing director Pavel Prosyankin on August 1 welcomed Ablyazov’s arrest, saying the bank was “optimistic” about recovering “more of the assets which the court has authorized us to seize” from Ablyazov to compensate for the missing billions.

Ablyazov’s life story has taken more twists than a John Grisham thriller, and his arrest was suitably dramatic: tailed by private detectives, his game of hide-and-seek ended when French special forces – backed by an aircraft and armored vehicles (reportedly because the oligarch was believed to have had a “private militia” at his disposal) – swooped down on a mansion in Mouans-Sartoux, near Cannes.

BTA representatives said they tipped off authorities in Paris about Ablyazov’s whereabouts, indicating that the bank had hired the private detectives. They tracked the fugitive down by trailing legal representative and Ablyazov associate Olena Tyshchenko (ex-wife of his Ukrainian former business partner, Sergey Tyshchenko) from a London court hearing in July. She accidentally led them to Ablyazov’s hideout in the south of France, where he was flitting between luxury residences.

On August 1 a French judge ordered Ablyazov held in jail amid legal wrangling over an extradition request lodged by Ukraine. The following day Astana filed a separate request for Ablyazov’s extradition to Kazakhstan, where he faces up to 13 years in prison if convicted of theft, fraud and money laundering charges.

Ablyazov’s supporters fear that if extradited to Kazakhstan, he faces political persecution. On July 31, his son and daughter appealed to French officials not to extradite their father, saying he was “in grave danger” and they feared for his life. “Kazakhstan's pursuit of him is purely political,” Madina Ablyazova and Madiyar Ablyazov said.

Amnesty International has urged Paris to ensure Ablyazov “has a full and fair extradition process” and is not sent to any state that may extradite him to Kazakhstan, “where he will be at risk of torture and an unfair trial.”

For Ablyazov, confinement in a French jail marks a new low in a life that has been a rollercoaster ride for over a decade, since he threw his lot in with Kazakhstan’s opposition. A former government minister and successful entrepreneur, Ablyazov opted for an edgier lifestyle as a political dissident in 2001, and ended up exchanging his luxury mansions for a prison cell in Kazakhstan.

In an interview with EurasiaNet.org in London in 2009, the urbane and charismatic entrepreneur outlined the start of this saga back in 2001, contending that he angered Nazarbayev by spearheading the creation of the Democratic Choice of Kazakhstan movement to push for political liberalization.

Ablyazov paid a steep price: he was imprisoned in 2002 on corruption charges that his supporters and rights advocates described as politically motivated. Astana denied any political component to any of the cases against him.

Under an apparent quid-pro-quo, Ablyazov was pardoned and freed after serving under a year of his six-year sentence. In return, he reportedly gave assurances that he would steer clear of politics. It was a promise he would later break with his support for the opposition Alga! party. Alga! is now closed down and its leader, Vladimir Kozlov, is in jail, convicted of fomenting fatal unrest in western Kazakhstan in 2011. Astana accused Ablyazov of bankrolling that violence, charges Ablyazov dismisses as ludicrous, and which his legal team will use to argue that he faces political persecution if he is sent back to Kazakhstan.

Ablyazov fled his homeland for the UK in 2009 when Astana seized BTA Bank, which he chaired and owned through intermediaries. In London, Ablyazov’s fortunes were mixed: he was granted political asylum, but he ended up as a defendant in the London High Court, sued by BTA for allegedly defrauding it of $6 billion.

Ablyazov denied the charges, but the judges were not impressed. Last year he was given a jail sentence for concealing assets from the court, and he promptly went on the lam. Ablyazov was later debarred from fighting the case in a damning judgment accusing him of “cynicism, opportunism and deviousness,” and the court ordered his assets sold to compensate BTA. A later judgment in a related trial found that Ablyazov had orchestrated or authorized false loans at the bank.

This year, Ablyazov’s family members found themselves dragged into the drama: his wife, Alma Shalabayeva, was deported from Rome to Kazakhstan in May with their six-year-old daughter in a move Italy later ruled illegal, causing a political storm. Shalabayeva is now under investigation in Kazakhstan for document fraud.

Despite the recent string of setbacks, Ablyazov remains in combative mood, “ready to fight on as never before,” his daughter Madina wrote on Facebook on August 3. “His arrest is not the end of the story: he will continue fighting for his own freedom and for the freedom of Kazakhstan.”

The oligarch may have a track record as a comeback kid, but bouncing back from his latest predicament promises to be a hard act to pull off.