More than 30 are injured, and one fatality has been reported. 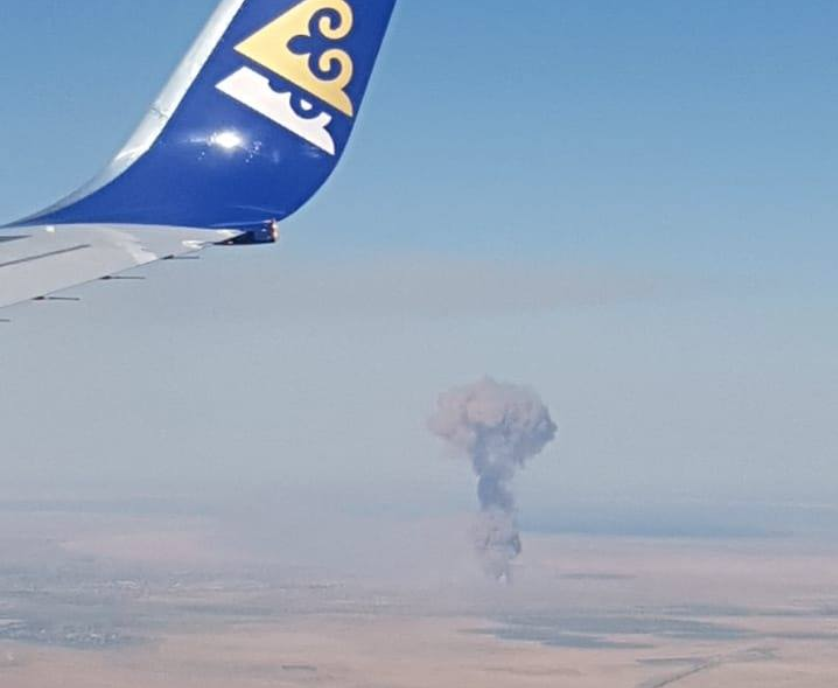 Authorities in Kazakhstan are evacuating tens of thousands of people from a town next to an ammunition depot which exploded on June 24.

Satellite imagery of the town of Arys, in the southern Turkestan region, showed smoke from the blast spreading across a vast area, spanning 90 kilometers by 45 kilometers.

The Emergency Situations Committee said the blast occurred at around 9:20 a.m. following the outbreak of a fire at the military base. The Defense Ministry has provided no details other than to say that the cause of the explosion is still being investigated.

Turkestan governor Umirzak Shukeyev said that a state of emergency has been declared and that all of Arys is being evacuated. Around 44,000 people live in the town.

“Special vehicles are being dispatched to the town to collect people and move them to specially organized camps,” Shukeyev said, adding that one person was killed when a stray shell struck his car.

Footage uploaded to the internet showed panic in the town as residents sought to flee by all means possible. Some drove, while others left on foot or by bicycle from a town enveloped in thick grey smoke. Military personnel stopped drivers and forced them to make room in their vehicles for pedestrians, especially women and children. As people departed, the sound of explosions and shells whistling through the air could be heard regularly in the background.

An adviser to the Turkestan governor said that at least 31 people had been admitted to hospitals for treatment. He said dozens of beds have been put on standby to accommodate any more casualties.

The national railway company announced that trains will not be passing through the town for the duration of the emergency.

Social media users have flooded the internet with images of the incident. Facebook subscriber Pavel Alexandrov, who was on a civilian airplane flight passing the area, captured an image of a vast black mushroom could towering over the town. 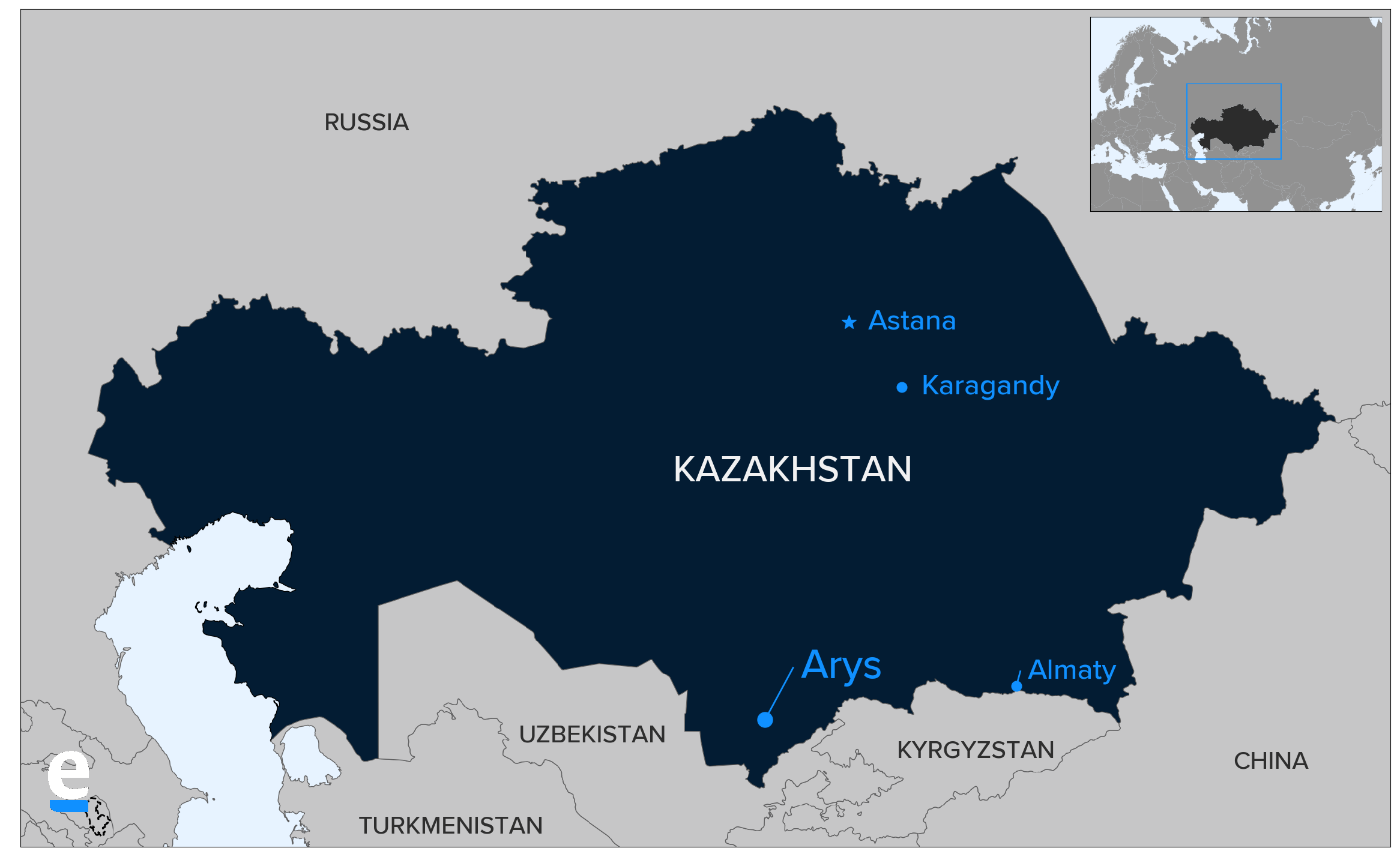 Ammunition depot explosions occur with relative frequency across the former Soviet Union. In perhaps the most memorable incident in recent memory in Central Asia, the Turkmenistan town of Abadan was rocked by a massive blast that some independent but unconfirmed media reports claimed had caused several dozen fatalities.