Kazakhstan to get $1.3Bln payout from Karachaganak consortium

The company has pledged not to let annual production slip below 10-11 billion tons of liquid hydrocarbons. 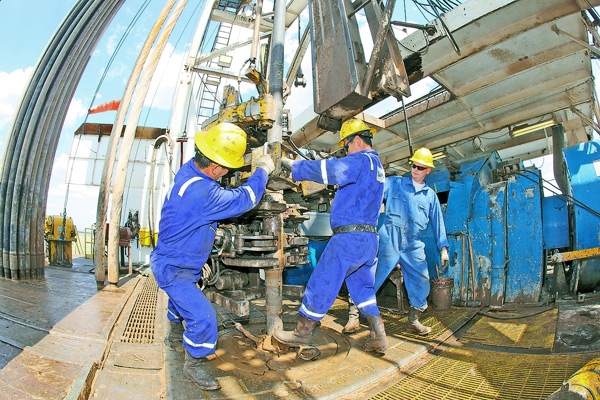 The government of Kazakhstan has ended a long-standing disagreement with the shareholders of a major oil and gas project with a settlement that is netting it $1.3 billion and that should assure larger returns in future.

The Energy Ministry said on December 14 that that the revised production-sharing agreement coordinated with Karachaganak Petroleum Operating, or KPO, will see it earn an additional $600 million by 2037 at an assumed oil price of $40-50 per barrel.

Kazakhstan and the foreign companies working on the Karachaganak field, which has been under development since 1997 and has required investments of more $26 billion to date, have been embroiled in disputes for more than a decade. This particular dustup has been ongoing since 2015, when Kazakhstan began to complain that falling global oil prices had led to a drop in its returns from the Karachaganak field.

The government also pleaded for compensation for historic lost profits. The case has been under international arbitration since 2016.

“As a result of lengthy and difficult negotiations, all parties managed to come to an amicable settlement of the dispute, which reflects [Kazakhstan’s] commitment to a mutually acceptable resolution of emerging disputes with investors in accordance with the terms of contracts,” the Energy Ministry said in its statement.

This windfall will be eagerly welcomed by Kazakhstan, although it does fall short of the $1.8 billion that the government was originally reported to be seeking. That larger sum was made public in Lukoil financial statements in 2016. The payout is better, however, than the $1.1 billion that was preliminarily negotiated in 2018.

Prior to 2010, Karachaganak was the only exclusively foreign-run project of its kind in Kazakhstan. That changed after the Kazakh government began leveling accusations of tax evasion and environmental violations at the consortium. Officials also took issue with the fact that forecasts for the cost of the project had ballooned from $8 billion to $14.5 billion, which implied delayed returns for Nur-Sultan. Around the same time, officials declared their intent to see KazMunaiGaz become a shareholder.

“We would like to be part of the project, not as a regulator but as a partner,” Kanatbek Safinov, the then-Energy Ministry permanent secretary, was reported as saying by Reuters in March 2010.

That round of confrontations culminated with KPO investors relinquishing a 5 percent to Kazakhstan and selling the government a further 5 percent for $1 billion.

This latest agreement commits the joint venture to making fresh investments into ensuring that the field is able to maintain a stable level of output.

When speaking with Chevron chief executive Michael Wirth in October, Kazakhstan’s President Kassym-Jomart Tokayev expressed his desire to see production of oil kept at 10-11 million tons annually. It was unclear from his remarks as reported whether Tokayev was referring to oil equivalent, which is how KPO typically measures its output, or just oil. Last year’s reported output is equivalent to roughly 18 million tons of oil equivalent, but that figure also encompasses Karachaganak’s substantial natural gas output.

Sure enough, the Energy Ministry statement on December 14 refers to the new production-sharing agreement as making it possible for Karachaganak to maintain annual production of 10-11 million tons of liquid hydrocarbons. At least this is what it appears to be stating, since the word “tons” is missing from the sentence.