Kazakhstan to send oil to Germany via Russian pipeline 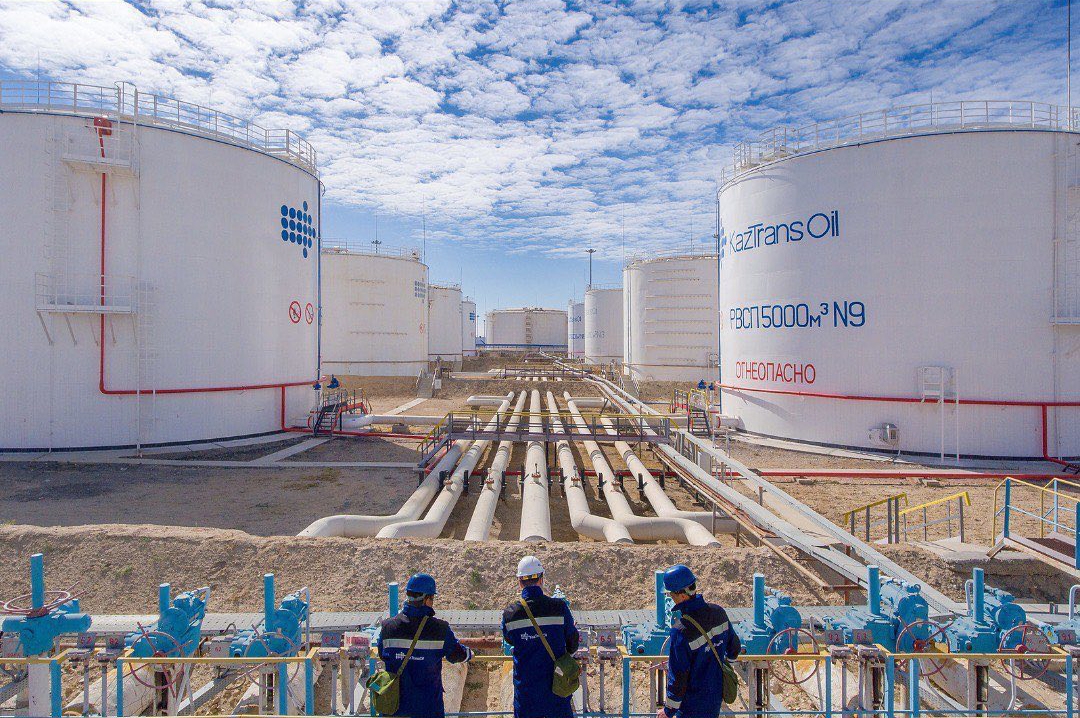 Kazakhstan has a trump card: While it sends oil across Russia to Germany, Russia wants to send oil across Kazakhstan to China. (Kaztransoil)

Kazakhstan has secured approval from Russia to use its pipeline infrastructure to transport 300,000 tons of oil to buyers in Germany in the first quarter of this year, a state-run company announced on January 13.

Kaztransoil, a state-owned oil transportation company, said in its statement that oil sourced from the Karachaganak field in western Kazakhstan will be pumped through Russia’s Druzhba pipeline and be delivered to Poland via Belarus before reaching Germany.

Deliveries in January will amount to 20,000 tons.

Kazakh Energy Minister Bolat Akchulakov recently told reporters that Kazakhstan planned to export 1.5 million tons to Germany via Russia in 2023, but that this volume could be ramped up to 7 million tons.

“There is enough capacity [in the pipeline system]. The main thing is the consumers [from Germany] to take it. We have never had major problems with Russia in terms of pumping,” Akchulakov said earlier this year.

Approval from Russia was far from guaranteed, though. The oil that Germany is buying from Kazakhstan is intended to partially make up for the shortfall of crude deliveries precipitated by a boycott on Russian products imposed following the start to the invasion of Ukraine.

And the amount Kazakhstan is supplying falls far short of the 20 million tons per year that Russia used to sell Germany.

European Union restrictions on the supply of Russian oil related to material transported by sea, but they do not prevent third countries from using Russian infrastructure to get their commodity onto the European market.

Much of the talk last year was about how Kazakhstan was exploring export routes that avoided Russia altogether. Key to this was the so-called Middle Corridor, which entails loading oil onto tankers that would then cross the Caspian Sea before unloading crude onto freight transport traveling through Azerbaijan, Georgia and Turkey. This route is still limited in scope and far costlier than using Russian routes.

If Russia has agreed to this arrangement, it is unlikely as a favor to Kazakhstan.

As Nurlan Zhumagulov, head of the Energy Monitor analytical website, speculated in a post on Facebook in December, Kazakhstan may look to import an amount of oil from Russia commensurate to the one it is sending to Europe. That crude could be sent to domestic refineries, Zhumagulov wrote.

“It [would be] an ideal model that satisfies everyone – Russia, Kazakhstan and Germany,” Zhumagulov wrote.

What is more, Kazakhstan has a trump card. In December, it reached an intergovernmental agreement with Russia valid until 2034 on allowing its territory to be used for the transit of oil to China. Since China has now emerged as one of Russia’s most important oil customers, Kazakhstan has thus earned leverage for deployment in its own energy trading deals with the West.