The president is trying to move Kazakhstan on from the trauma 10 months ago, but the terms of the amnesty have not pleased everyone. 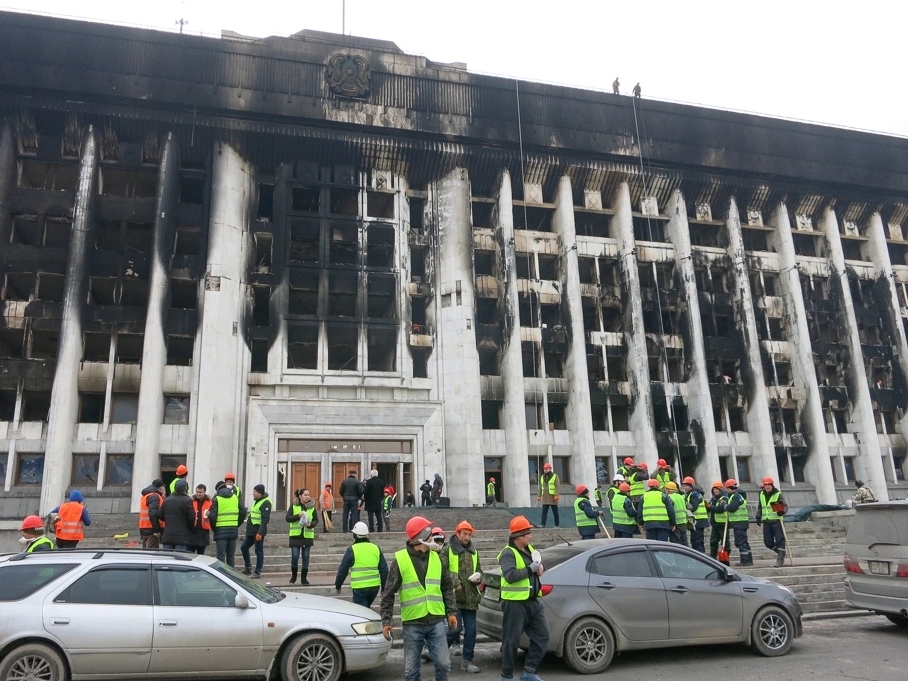 President Kassym-Jomart Tokayev has approved an amnesty that covers the vast majority of people charged over deadly unrest that gripped Kazakhstan in January – provided they admit their guilt.

Some 1,500 people out of 1,600 charged are eligible for amnesty, including 700 charged with participating in mass unrest and law-enforcement officers involved in the dispersal of demonstrators.

Those already convicted of minor crimes will be released if serving custodial sentences. Others found guilty of more serious crimes will have their prison terms reduced by up to 75 percent.

The amnesty, which Tokayev signed into law on November 2, does not cover people facing the most serious charges of terrorism, treason, extremism and organizing the unrest.

That includes Karim Masimov, the former security chief, who is in detention awaiting trial on treason charges.

A onetime confidant of former President Nursultan Nazarbayev, Masimov is the highest-profile figure to take the rap for the Bloody January violence that left 238 people dead, including 19 law-enforcement officers.

Twenty people facing charges of organizing the unrest and 46 terrorism suspects are not eligible for amnesty.

The unrest spiraled out of peaceful protests over fuel price rises before becoming hijacked by violent forces whom Tokayev says were trying to topple him.

He has not named them, but many in Kazakhstan suspect Nazarbayev family members of involvement.

The only relative to have faced trial is the former president’s nephew Kayrat Satybaldy, sentenced in September to six years in jail in a corruption case unrelated to Bloody January.

With the amnesty, Tokayev is trying to move Kazakhstan on from the trauma of the turmoil 10 months ago and wrap up the protracted legal proceedings.

But the terms of the amnesty have not pleased everyone.

People claiming innocence of the charges against them are angry that “admission of guilt by the person who committed the crime” is a condition to apply for amnesty, as Sabigul Bekisheva of the Academy of Law-Enforcement Bodies at the Prosecutor General’s Office explained.

“The amnesty does not exonerate people and does not rehabilitate them. It is aimed only at freeing them from punishment or reducing the terms.”

Those still awaiting trial will go to court if they don’t confess and apply for amnesty.

Human rights campaigner Bakhytzhan Toregozhina has complained of “accusatory bias” in the Bloody January investigations and trials, suggesting that the presumption of innocence is routinely flouted. In general, Kazakh courts only deliver acquittals in about 1 percent of cases.

Those already jailed are not eligible for term reductions under the amnesty unless they admit guilt.

Less than 10 percent of those convicted so far have received custodial sentences: 128 out of 1,122, Senator Vladimir Volkov said recently. Most of those may soon be out of jail: 40 could be released immediately under amnesty and 50 over the next six months, he said.

There is anger among bereaved relatives that the amnesty covers law-enforcement officers involved in the dispersal of demonstrators, some of whom shot protesters after Tokayev issued a blanket shoot-to-kill order.

But only one of 49 officers accused of breaking the law will be amnestied, Deputy Prosecutor General Aset Shyndaliyev has said.

Law-enforcement officers face charges of exceeding their authority and torture, but the amnesty does not cover the latter crime, the Prosecutor General’s Office specified.

Only 29 officers have been arrested on that charge despite some 300 torture complaints being lodged. Some of those who filed complaints were dragged from hospital beds, where they were recuperating from gunshot wounds, and taken into custody.

The one torture case that has gone to trial, with five officers in the dock, has seen threats made against the victims.

Some torture claims have been thrown out, including that of Kosai Makhanbayev, who embarrassed the authorities by leading protests over torture and is in detention awaiting trial on charges of participating in the unrest.

Officials have admitted that six people died as a result of torture during Bloody January, when some officers used hot irons on detainees.

Investigations are being hampered by officers protecting one another and “concealing evidence,” the prosecutor’s office has acknowledged.