Former president Nazarbayev's loss of influence is now all but complete. 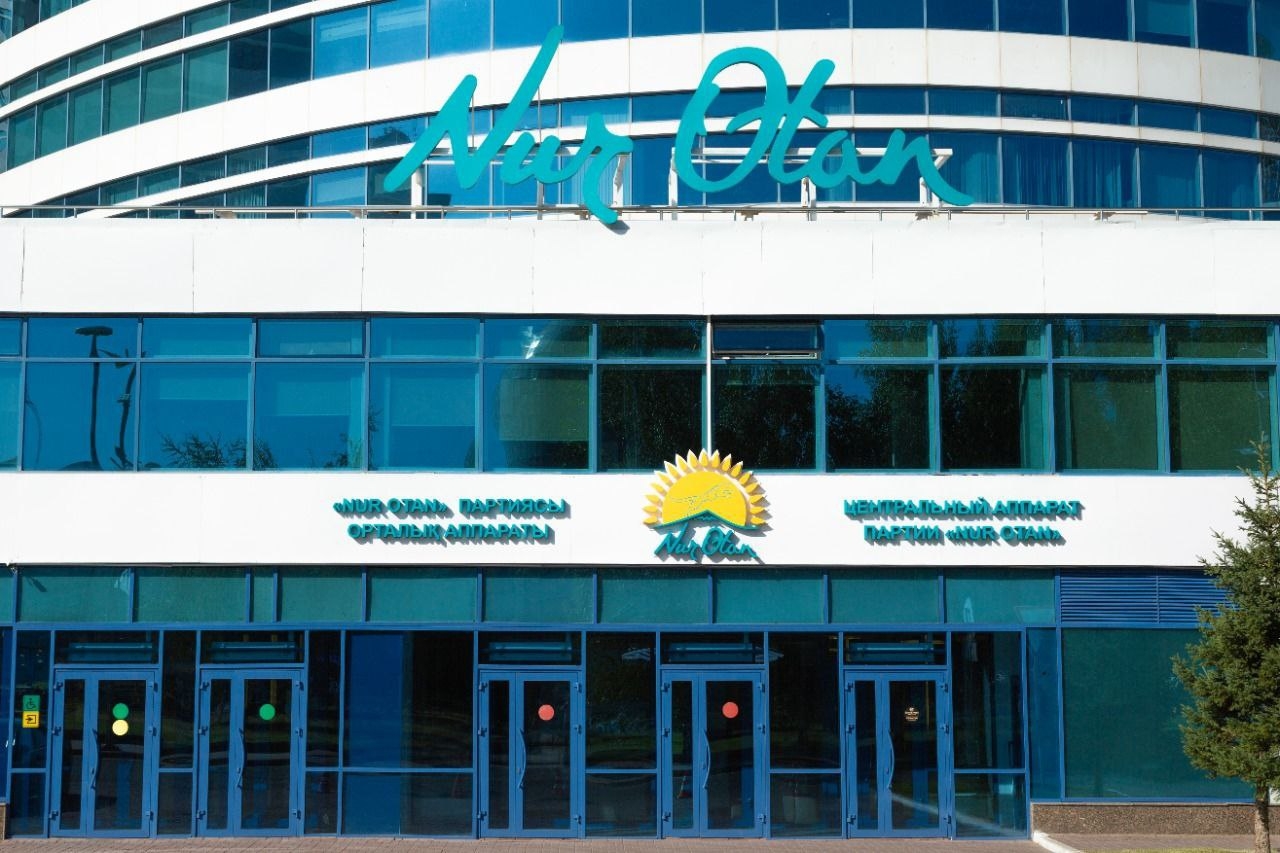 Tokayev pledging a new-look Nur-Otan, but people have heard that promise before. (Photo: Nur Otan)

The removal of Kazakhstan’s former president from all his sinecures took another turn on January 28 as his successor, Kassym-Jomart Tokayev, was appointed chairman of the ruling Nur Otan party in his place.

With Nur Otan’s standing increasingly under strain in the wake of this month’s nationwide unrest, however, the coronation may prove something of a mixed blessing.

Around 400 delegates from across the country voted in unanimity at the extraordinary congress, which was not made open to the press or the public, to name Tokayev as the new party chair.

There were changes elsewhere that appeared to attest to the fading influence of ex-president Nursultan Nazarbayev and his family. More than half of the 92-person political council was switched out. One notable expulsion was Nazarbayev’s eldest daughter, Dariga, a member of parliament and long-time senator who has sometimes been floated as a potential successor candidate.

In a spirited speech to delegates, Tokayev complained that Nur Otan was all too often content with performing its duties “on paper,” and that this superficial attitude was causing social upheaval.

The party needs to be reorganized to attract “representatives of a variety of socio-political circles, real leaders who enjoy the confidence of fellow citizens” and it should become “the engine of progressive transformation and the renewal of Kazakhstan,” Tokayev said.

When a violent element hijacked the protests in Almaty on January 5, one of the premises they targeted was the city HQ of Nur Otan, which was set alight. There has been some discontent in the regions too. RFE/RL’s Kazakh service, Radio Azattyq, reported on January 25 that 150 people in the city of Semey had declared they were resigning from the party. One cited “distrust in the leadership” as his motivation for doing so.

Tokayev may appear more in charge of things by taking over at Nur Otan, but the brand is compromised.

His tenure may only be a short-run thing, however. Tokayev pledged that he would not stay at the helm of Nur-Otan for long – just long enough to ensure the party is modernized. Under the new Kazakhstan he is envisioning, the president should only act as an arbiter in political processes, not be an active participant, he said.

“After some time, perhaps by the end of this year, we will return to the question of the advisability of my further chairmanship in Nur Otan,” he said.

Political analyst Nikita Shatalov wrote in a commentary on his Telegram channel that even though Tokayev was remaining at the helm of Nur-Otan, the process of what he termed “depersonalization” of the party was still proceeding.

“Depersonalization should take place in the party by the end of the year. Without the figure of the head of state, this institution will have to rely on its own structure and operate in a way that it does not depend on the personality of the leader,” Shatalov wrote. “It is for this reason that officials from the executive branch were also removed from the political council. The party will not benefit from an administrative resource.”

Elsewhere during the congress, Tokayev evinced some frustration at how the populist appeals he made following the protests and unrest of this month are not gaining sufficient traction. Some oligarchs, he said, were not chipping in adequate amounts into the For the People of Kazakhstan fund that he sees as playing an important role in helping tackle the socioeconomic problems that brought demonstrators out in early January.

“Is this greed, nihilism, laziness or neglect?” he asked rhetorically, before ominously threatening more coercive action.

Veteran watchers of the Kazakh political scene may roll their eyes at talk of modernization, though. This concept has already been in the air for some time. The primaries process instituted in 2020 and overseen by Nazarbayev was intended to give the party a more representative and youthful feel. Skeptics argue it was all just window dressing.

For opponents of the existing system, change will have to go beyond merely the ruling party. There has not yet been any open talk, for example, about when or even if new parliamentary elections might happen.

The 2021 legislative elections produced a three-party Majilis, as the lower house of parliament is known. Fully 76 seats in the 107-member chamber are held by Nur Otan. The other parties are state-engineered cutouts: The ostensibly business-oriented Ak Zhol party has 12 seats and the Socialist-lite People’s Party, which was designed to cater to communist nostalgia, has 10 members. Another nine members were in effect Nazarbayev appointees. The public has little knowledge what it is that MPs do and legislation is usually presented to them as a fait accompli.

Moreover, no robustly critical opposition parties are represented in parliament. None are even permitted legal registration.