The businessman, who was arrested last year, claims to have carried out the 2004 killing on orders from government foe Mukhtar Ablyazov. 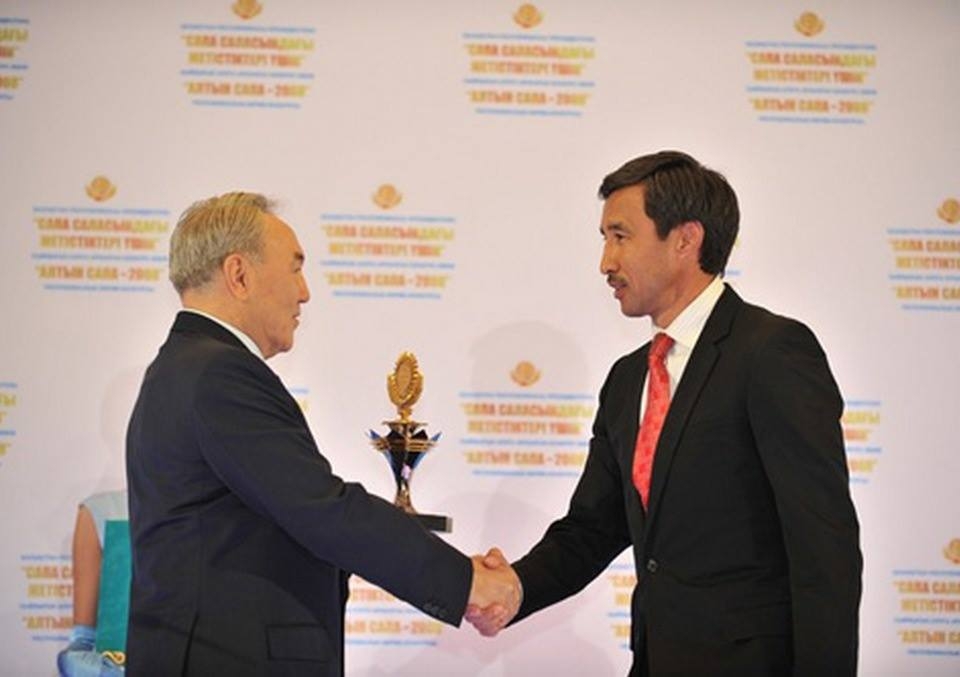 Murathan Tokmadi, a prominent businessman arrested in Kazakhstan last year on suspicion of heading a criminal racketeering gang, has in a sensational development reportedly pleaded guilty to murdering the head of a major local bank in 2004.

Tengri News website reported that Tokmadi told a court on February 16 that he killed Yerzhan Tatishev, the then-chairman of Bank TuranAlem, later rebranded as BTA Bank, on instructions from Mukhtar Ablyazov, who has since that time become an avowed foe of Kazakhstan’s government. In a Facebook status update posted after the plea, Ablyazov, who lives in Europe, derided the accusation as false and suggested Tokmadi had been tortured into making the confession.

Before he was detained in June by the National Security Committee, or KNB, Tokmadi, 50, enjoyed ample access to country’s elite, including to President Nursultan Nazarbayev. So it came as a profound shock to many when the KNB and the Interior Ministry declared that Tokmadi was in fact the head of an organized crime group known as Deputatsky Korpus, which they said had spread fear through the business community.

Local media cited officials at the time as saying that Tokmadi, who ran a major glass-making factory called KazStroySteklo, had been under surveillance for several years before being detained.

The claims about Tokmadi being responsible for Tatishev’s death are not new. In a incident that was much reported at the time, in late 2004, Tatishev was said to have been accidentally shot dead while attempting to pass a hunting rifle to a fellow passenger in the off-road vehicle in which they were traveling. A retelling of the episode in June by tabloid newspaper Karavan hinted heavily that Tokmadi might have been responsible and that the death was not so accidental.

The Karavan article, which had all the hallmarks of having been planted by the security services, also made the link to Ablyazov.

Tokmadi claimed in court that he took $4 million from Ablyazov to carry out the killing and that he used those funds to set up his glass manufacturing business.

It is extremely difficult to understand why these charges of murder are only now coming to light. Although Tatishev’s death caused a considerable sensation at the time, Tokmadi’s subsequent trials, from 2005 onward, on charges of accidental killing, oddly appear to have attracted almost no media coverage — at least going by searches on the internet and news databases. Articles about the accident on prominent publications — such Kazakhstan’s Vremya newspaper and the local edition of Novaya Gazeta — seem to have disappeared from those publications’ websites although they can be found elsewhere on automatic news aggregators. Current media reports on the case, which lean heavily on prosecutors’ accounts, state that Tokmadi was sentenced to one year in jail over the death but was released on amnesty.

When accounting for the government’s incessant campaign to pursue all manner of criminal trials somehow linked to Ablyazov, this latest turn in the Tokmadi case begins to come into more focus.

As was noted in a 2005 US Embassy cable leaked by the Wikileaks whistleblowing group, Tatishev had prior to his death been linked to Ablyazov’s Democratic Choice of Kazakhstan opposition party. (The party is known as DVK in its Russian initials, but is designed DCK in the cable).

“In 2002, Tatishev broke with DCK, saying that participation in a political party was inappropriate for a professional businessman.  On December 2, 2004, the BTA Chairman, together with the heads of six other banks, signed a statement that the banking sector should not be involved into politics,” the cable read.

The embassy note goes on to suggest that “the fate of BTA and of Tatishev's 24 [percent] share will, most likely, prove the best explanation to his untimely death.”

As it happened, it was Ablyazov that went on to take over control of BTA Bank — a position that Kazakhstan’s government says he abused to embezzle billions of dollars. Ablyazov has always denied all accusations of wrongdoing.

The implication now evidently being fleshed out in the courts is that Tatishev’s alleged murder was linked to this takeover.

But writing on Facebook, Ablyazov cast scorn on this version of events and denied that he had ever even met Tokmadi.

“Why did Kazakhstan’s authorities only in June 2017, in the space of 13-and-a-half years after the hunting death of Yerzhan Tatishev suddenly remember about all this?” he asked rhetorically.

Ablyazov suggested the government was reacting to his reformation in April 2017 of DVK, whose primary declared aim is to topple Nazarbayev from power.

“It was said by me at the time that Nazarbayev and his immediate coterie would be put in jail once DVK achieved the removal of the Nazarbayev regime,” he wrote.