Nazarbayev’s online outbursts showed that a ruling family is not always a happy one. 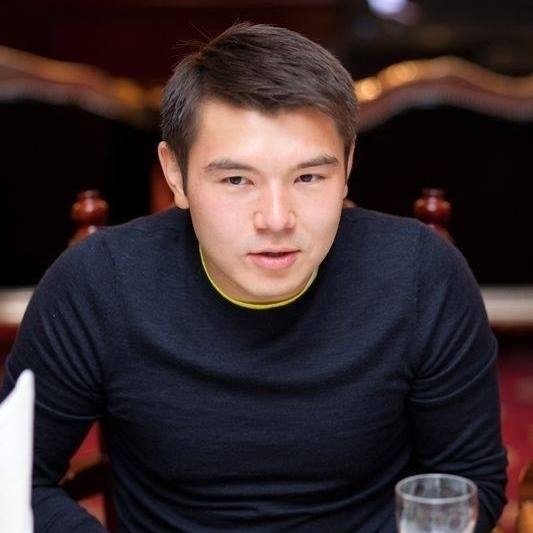 Aisultan Nazarbayev, a grandson of Kazakhstan’s former president, has died in London after years of battling drug addiction.

The 29-year-old’s struggle to regain mental health had played out in acutely public fashion in recent years as he repeatedly took to social media to level increasingly outrageous allegations against his own family and other elite figures.

Throughout his troubles, however, Aisultan maintained fast loyalty to his grandfather, Nursultan Nazarbayev.

Aisultan’s death was confirmed by his mother Dariga Nazarbayeva late on August 16, hours after local media reported the news, with one outlet citing heart failure as the cause of death.

In a post on Facebook, Nazarbayeva, who has made few public appearances since her abrupt dismissal as chair of the Senate in May, requested privacy for her family while it mourned the loss of “our beloved Aisultan.”

Aisultan had once been tipped for great things. He graduated from Britain’s prestigious Royal Military Academy Sandhurst in 2010 and was entrusted with a post in the Defense Ministry by the time he was in his early 20s.

In 2013, he married Alima Boranbayeva, whose father, Kairat Boranbayev, is a prominent businessman and the chairman of one of Kazakhstan’s most successful football clubs. U.S. rapper Kanye West was reported to have commanded a multi-million dollar fee to perform at the party.

Although the Nazarbayev family is shielded by draconian laws from prying journalists, the domestic trauma could not be evaded.

In 2015, Aisultan’s one-time high-flying father, Rakhat Aliyev, who had had an acrimonious falling-out with President Nazarbayev, died of apparent suicide in an Austrian jail.

An older Aliyev son, Nurali, 35, took over the reins of their father’s considerable business interests and has since become a serious player in the banking sector.

Aisultan, however, appears around this time to have turned away from the regime that nurtured him.

In the year after Aliyev’s death, Aisultan took to Facebook to blast what he called the “medieval mentality” of Kazakhstan’s elite. In the same message he accused several of his grandfather’s top associates of plotting and scheming.

Aisultan explained that his newfound interest in domestic politics had been triggered by the recent birth of his daughter.

This message was published after a failed bid to be appointed president of the national soccer federation, a post once occupied by his father.

The sport was a driving passion for Aisultan. He represented Kazakhstan at Under-17 level and spent six months with England’s Portsmouth football club in 2007, when it was still in the English Premier League.

In late 2017 Aisultan admitted he had become addicted to drugs.

In a Facebook post he described how he had developed the habit after failing to come to terms with the “double blow” of his father’s death and the subsequent death of his paternal grandfather.

Nazarbayev, who stepped down as president in 2019, had become a “spiritual father” and helped him overcome addiction, Aisultan wrote, shortly before disappearing from sight for more than a year.

When he returned, matters became worse, as he emerged anew to claim he had been forcibly confined to a “private Russian jail” – a statement widely interpreted to mean he had done another stint in rehab.

From there, his public utterances grew ever more erratic.

He reserved his harshest invective for his mother whom he hinted was plotting to assassinate him.

Tales of alleged insider intrigue were mingled in Aisultan’s Facebook rants, which he latterly published under the amended name of Aisultan Jesus Rakhat, with bizarre public claims about his family.

Some media outlets gleefully ran interviews with the plainly troubled young man in which, among other things, he alleged that Nursultan Nazarbayev was actually his father and that Dariga Nazarbayeva was not his mother.

Beyond the confines of Kazakhstan, Aisultan was required to face legal consequences for his unbridled conduct.

In October 2019, Aisultan was handed a suspended 18-month prison sentence by a London court for biting a policeman’s hand during a drug-fueled frenzy.

In a further embarrassing blow for a government chronically uncomfortable with bad PR, Aisultan in February declared that he had applied for asylum in the United Kingdom.

That authorities allowed local media to report on these developments was surprising, given the extent to which Nazarbayev family privacy is guarded.

In February, then-Information Minister Dauren Abayev had to resort to begging media not to “speculate on the fantasies of an addict.”

Abayev charged, not incorrectly, that Aisultan’s tribulations were being exploited by hostile parties, by which he meant figures like France-based opposition leader Mukhtar Ablyazov.

Ablyazov-linked elements seized with excitement on Facebook posts like a recent one that lambasted, between quotations from the Book of Revelations, the tycoon Vladimir Kim.

The 59-year-old is one of Kazakhstan's wealthiest businessmen and has major interests in mining, metallurgy, media and banking.

Aisultan accused the Kazakhmys metals company, where he once worked and which is part-owned by Kim, of overspending and embezzlement.

“The next to fall will be Kazakhmys and that brigade, I promise!” he wrote on July 16.

Correction: An earlier version of this article incorrectly identified Alnur Musayev, a former internal security chief, as the civil partner of Dariga Nazarbayeva.