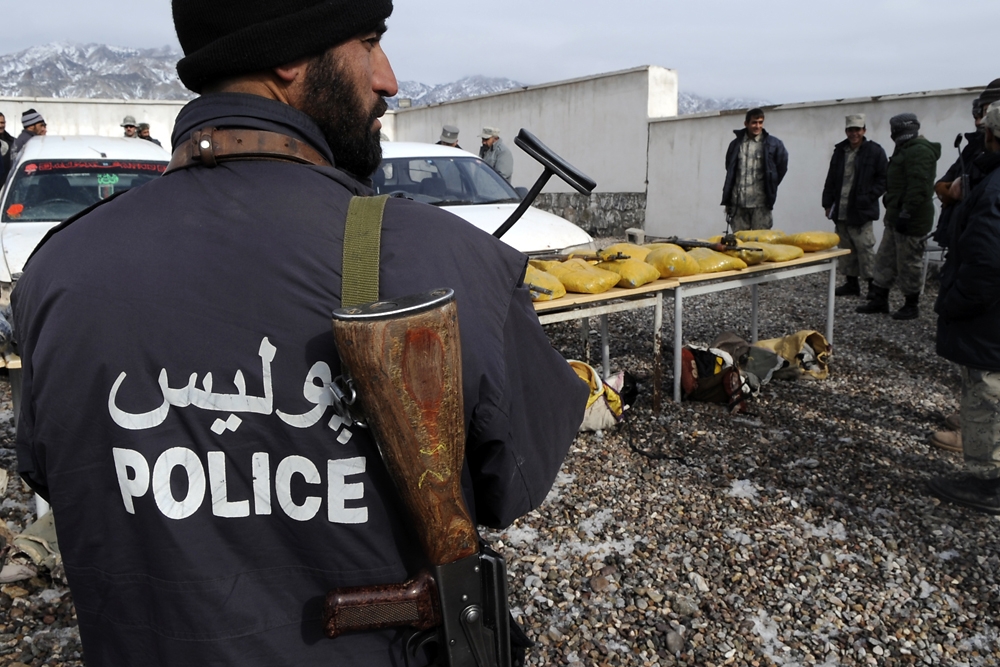 In a nondescript office in Kazakhstan’s commercial capital, Almaty, a group of men and women observed a minute’s silence one day recently. They were told to focus their thoughts on a person “whose life is dependent on drugs” -- a subject with which they could empathize.

This was a meeting of Narcotics Anonymous (NA), and the people in the office were former drug users, or users striving to kick their habits. They meet regularly to support each other in their battle against addiction.

After the silence, it was introduction time. “My name’s Aleksandr and I’m a drug addict,” said one young man, thin and pale. (Aleksandr is not his real name; members’ names have been changed to preserve their privacy).

New member Aleksandr revealed that he has been “clean” for two weeks; the others applauded encouragingly.

NA is a worldwide organization, but is relatively new to Kazakhstan, where a group was formed four years ago. Embracing practices first developed by Alcoholics Anonymous, a movement that has been active since 1935, NA encourages a self-help approach. It focuses on mental discipline and mutual support, and represents an innovation in a country where most drug dependency treatment stresses medication and various forms of therapy. These methods help some addicts, but for others, they are not the answer. Almas spent 14 years in and out of rehab before joining NA. He tells the meeting; “you just get your fix from the group.”

The group in Almaty has around 20 regulars who have been “clean” for varying periods, embracing NA’s 12-stage program to help them quit drugs and living by its principle “Just for Today” -- one day at a time.

Members open their hearts about their battles with addiction, even cracking an occasional joke as they recount losing their families and spending time behind bars due to their addictions. The mood is low-key, yet upbeat, and rules are few: you can attend if you have taken drugs that day, but not if you have drugs on you; do not swear; turn off cellphones.

The scene at the NA meeting in Almaty is a far cry from the principles espoused at Kazakhstan’s best-known rehab clinic, Asar in the northern city of Pavlodar. Also revolutionary in its way, this center offers fully state-funded residential rehab programs.

Where NA encourages self-help and provides a sympathetic ear when addicts lapse, at Asar the focus is on discipline and “labor therapy” – and anyone found using drugs is expelled. As a reporter from the Karavan tabloid who visited Asar in 2009 found, the timetable is punishing, with reveille at 6am followed by physical exercises and the “labor therapy” itself (gardening, tending cattle, carpentry), then evening group therapy.

As well as breaking addiction, the aim at Asar is to teach users life skills to reintegrate into society. The program may be tough, but residents who spoke to Karavan hailed the results as life-changing. One catch with Asar is that users must be registered drug-free for 45 days before qualifying – no easy feat, and a contrast with NA’s “Just for Today” philosophy.

Officially, Kazakhstan has 46,766 narcotics users, according to figures cited in June by drugs czar Anatoliy Vyborov, who heads the government Committee for Combating the Narcotics Trade. Actual usage is believed to be much higher: some estimates put it at 100,000; others believe it could be twice that.

Nevertheless, figures from the United Nations Office on Drugs and Crime (UNODC) show that there is still a lot of work to do in Kazakhstan. According to its World Drug Report 2011, a majority of users in Kazakhstan -- 60 percent -- take heroin; 10 percent are opium users. Seventy percent are injecting drug users, exposing needle-sharers to the risk of HIV and other infectious diseases.

Kazakhstan’s geographic position astride a key trafficking route to Russia and Europe from Afghanistan, where heroin production has boomed since the fall of the Taliban in 2001, is a major factor fuelling domestic consumption. The UNODC estimates that 90 metric tons of heroin travels along this “Northern Route” to Russia through Central Asia every year -- virtually all of it transiting Kazakhstan.

Seizure rates are “surprisingly low,” the UNODC found in a separate report released this May (Opiate Flows through Northern Afghanistan and Central Asia), averaging under 1 percent of the estimated flow through Kazakhstan. The report said that almost 90 percent of seizures in Central Asia were made before the heroin crosses into Kazakhstan, “suggesting that the route is exceedingly well organized.”

Vyborov countered in June that Kazakhstan had reduced the heroin flow from Afghanistan by beefing up border security and increasing trafficking penalties (he did not provide substantiating figures). From 2009-2011, Kazakhstan allocated $260 million to counter-trafficking operations, $230 million of it to border and customs services. Even so, the drugs keep flowing in, and Vyborov estimates that 10 percent of heroin trafficked into Kazakhstan stays there. According to UNODC figures, a kilo of heroin worth $3,000 in Afghanistan is worth $10,000 in Kazakhstan (by the time it reaches Russia, that same kilo costs $22,000).

For drug users, abstract figures translate into shattered lives. NA member Roman started using drugs when he was 13 and spent a quarter of a century battling addiction. Now 38, he has been clean for nine months and is reunited with his family. “I’m trying, really trying, to imagine a normal life. I hope I will be able to live normally, work, bring up my children … and make my family more or less happy,” he said.