The megaproject would make Kazakhstan an energy hub, but the country’s track record is not encouraging. 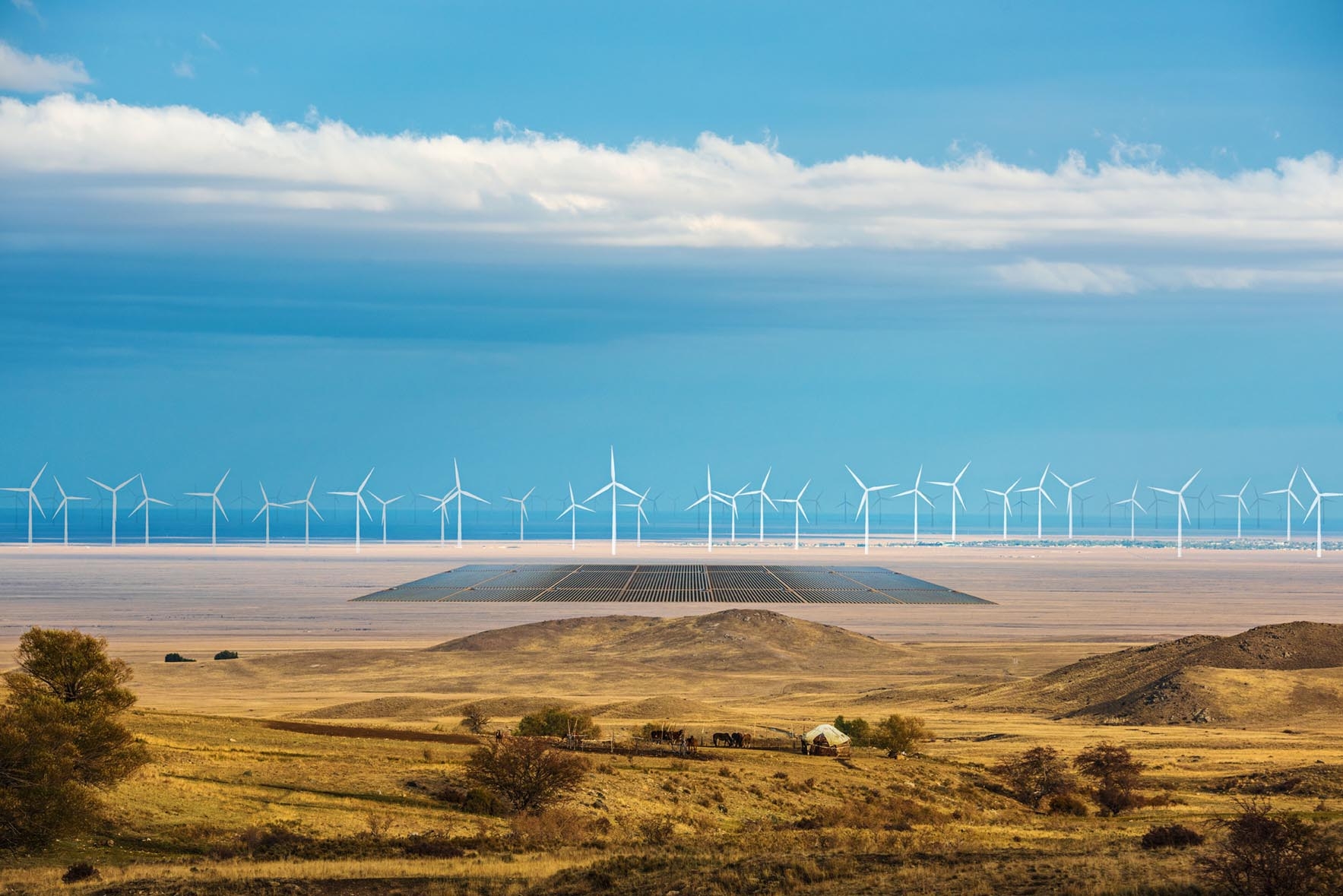 A computer rendering of the proposed Svevind project.

Kazakhstan hopes to build the world’s largest green-hydrogen project, which could – in the distant future – help Nur-Sultan meet its clean-energy promises.

Financing has not yet begun and the joint announcement with the Kazakh Invest National Company did not mention a price tag, though similar proposals elsewhere suggest the cost could reach dozens of billions of dollars. If it goes forward, the project could take up to 10 years, Svevind said in the June 23 announcement.

What is green hydrogen?

In this case, two-thirds of the solar and wind output would be used to power electrolyzers that would create about 3 million tons of hydrogen per year from water. The resulting “green hydrogen,” in either liquid or gas form, is thus produced without any greenhouse gases. The only byproduct is oxygen, though it is unclear where the water would be sourced. The advantage of hydrogen, beyond being clean, is that it is easy to transport or sell abroad – to run a distant smelter, for example.

The other one-third of the output would presumably be fed into the grid – almost doubling Kazakhstan’s currently installed electricity-production capacity of about 20 GW.

Svevind’s proposal dwarfs other mega clean-energy schemes around the world. It would be twice as powerful as the Asian Renewable Energy Hub in Western Australia, and five times bigger than Energix Base One in Brazil – both of which are also still in the planning stage.

Kazakhstan has long promised take a lead in clean energy, hosting the Astana EXPO in 2017 to showcase alternative sources and efforts to reduce carbon emissions. But it has fallen behind in recent years and only about 3 percent of its energy output currently comes from renewables; the vast majority is still made by burning coal. A forthcoming study finds Kazakhstan unlikely to meet its commitments under the Paris Agreement on climate change.

Yet hopes for such an ambitious game changer will be tempered by Kazakhstan's track record.

The country’s first solar energy project – Astana Solar, which was opened by President Nursultan Nazarbayev in December 2012 – was unloaded at a government auction on June 29 for only 381 million tenge ($890,000), 10 times less than the appraised value thanks to the company’s woeful performance.

Nevertheless, Kazakhstan is eager to attract wind and solar energy investors. In 2019, the European Bank for Reconstruction and Development published a wind atlas of the vast country to help investors locate productive spots for turbines. Last November, the EBRD and China’s Asian Infrastructure Investment Bank agreed to co-finance the 100 MW Zhanatas wind farm in Jambyl Region. The two are also working on several solar projects around the country, though none come close in size to what Svevind has proposed.