Astana says it is trying to “adequately respond to new threats and risks.” 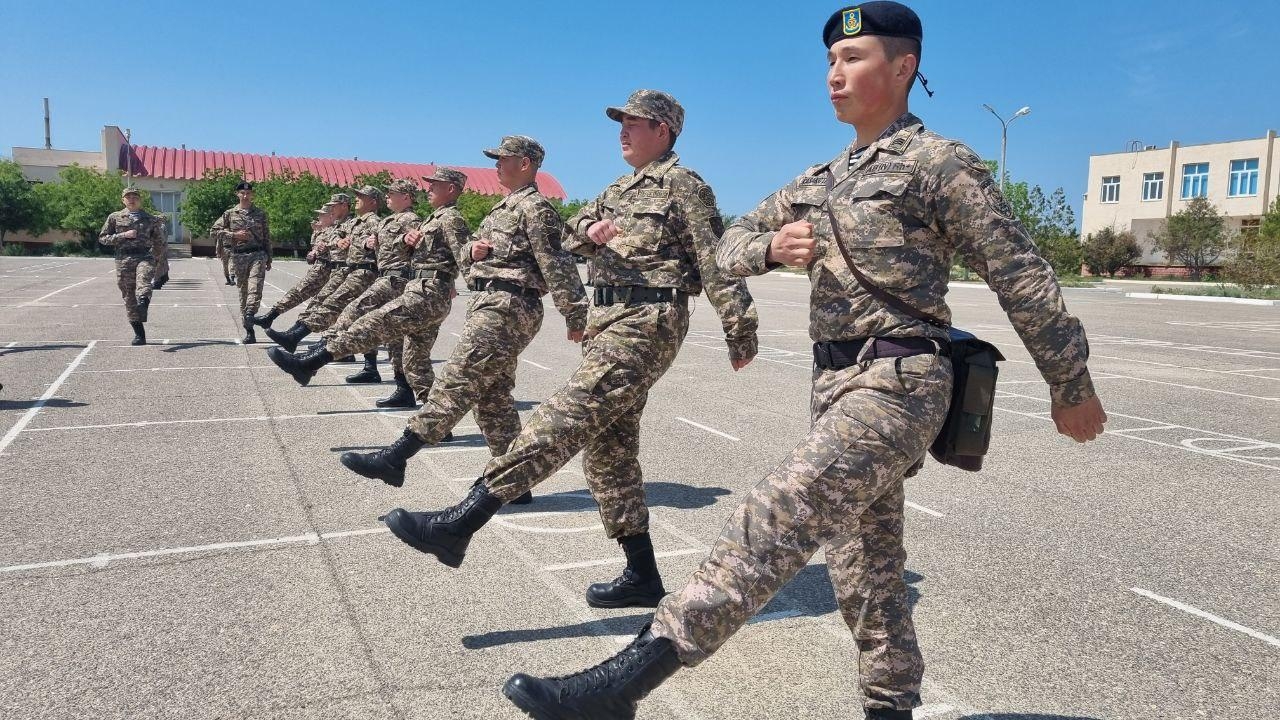 The armed forces are being trained to prepare for evolving threats. (Photo: Kazakhstan government website)

Kazakhstan has adopted a revamped military doctrine, the content of which appears in part to reflect heightened anxieties sparked by Russia’s invasion of Ukraine.

The changes, which were announced by the National Defense Ministry on October 24 and have been approved by President Kassym-Jomart Tokayev, are said to have been crafted to “adequately respond to new threats and risks.”

A reference is also made to the danger posed by cyberattacks on military information systems, on infrastructure designed to support normal civilian life, and on the country’s “military-economic potential.”

The use of information disseminated by means of mass media is also described as a present danger. Russia has been particularly active in its use of propaganda, either explicitly through its own state media or covertly through social media, in advancing its strategic causes beyond its borders.

The military doctrine dwells on the need to protect the nation’s borders, in particular by equipping border and aviation forces with “modern weapons and military equipment.”

The “effectiveness of interaction between the border service" and other government agencies and residents of border areas, including “in the Kazakh sector of the Caspian Sea,” will be enhanced, the document states.

Kazakhstan has five countries on its border – China, Kyrgyzstan, Russia, Turkmenistan and Uzbekistan – of which only two are fellow Caspian nations: Russia and Turkmenistan.

The Defense Ministry is looking to bolster its territorial defense system so as to better protect strategic facilities from terrorist attacks, sabotage, and “separatist activities.” Legislation is planned for territorial troops to be provided with upgraded infrastructure, weapons and other military equipment.

Some thought has been given to envisioning a scenario for nationwide mobilization. The military doctrine mentions, for example, the need to expand the activities of “military-patriotic organizations.”

And while the armed forces could previously only rely on active servicemen and mass mobilization, Kazakhstan will now have reservists in all regions undergoing monthly military training under contract. Whenever a military threat arises, they will be the first to be called up to provide an immediate response, at least until mass mobilization provides the bulk of the forces.

Kazakh armed forces are having to think more deeply too about where their weapons come from in future. The new doctrine decrees that Kazakhstan will establish “mutually beneficial cooperation with foreign companies for the supply of modern weapons and military equipment, [lay the ground for] technology transfers, and create joint ventures in Kazakhstan for the production of advanced weapons systems.”

No countries are specified in that passage, but the probability is that Kazakhstan will seek to diversify away from its current heavy reliance on Russia. At present, the country’s armed forces are extensively equipped with Soviet- and Russian-made arms of the kind that have proven often ineffective in the Russian army’s war against Ukraine.

There is space for continued cooperation with Moscow, though.

The document alludes to plans for the development of a unified air defense system between Kazakhstan and Russia, although that looks in large part a formal tribute to a long-term partnership concluded in 2013.

Some security experts are more specific than officials about where Kazakhstan may be seeking complementary alliances.

Urazgali Selteyev, the director of the Almaty-based Institute of Eurasian Integration, noted in a recent commentary on his Telegram channel that Kazakhstan is, in consideration of evolving geopolitical realities, seeking more energetically to develop a strategic partnership with Turkey, a member of NATO. In May, media reported that Kazakhstan plans to manufacture Turkish-designed ANKA attack drones under a license agreement.

In April, Kazakhstan committed an additional 441 billion tenge ($1 billion) to its defense needs in 2022. The government had said in December that it would be spending 859 billion tenge on the military, policing and emergency services.

The bulk of that enhanced spending was earmarked for boosting the number of special forces units operating under the auspices of the Interior Ministry, the National Guard, and the Defense Ministry, as well as acquiring more equipment, including military transport aircraft. The salaries of military personnel would be hiked by up to 40 percent, financial officials said at the time.