Only 0.25 percent of the population aged over 15 have had the first injection. 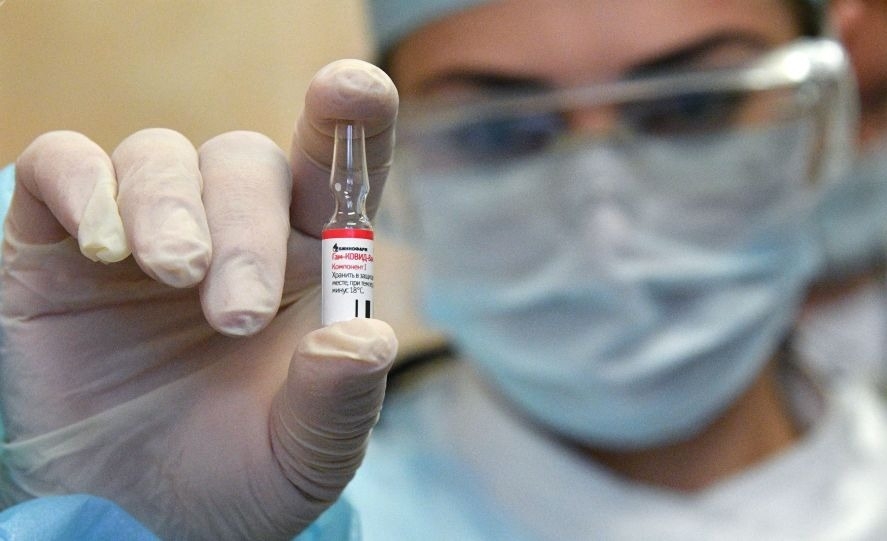 Get it if you can: A minute portion of Kazakhstan's population have had the COVID-19 vaccine jab. (Photo: Rossotrudnichestvo)

Kazakhstan’s campaign to vaccinate the public against COVID-19 is plodding along far more slowly than the government intended – a sign that anti-vaxxer conspiracy theories and public distrust are throwing up serious obstacles.

Since the campaign kicked off using Russia’s Sputnik V on February 1, 33,279 people have had the first jab and 15,856 have received the booster, according to government data released on March 9.

That means that to date only 0.25 percent of the population aged over 15 have had the first injection, and 0.12 percent have had the booster. For comparison, one in five adults in the United States has had the first dose and one in 10 have had both.

This is a fraction of the 100,000 people that Kazakhstan’s government had intended to jab by the end of February, starting with front-line healthcare workers, with vaccinations that are voluntary and free of charge for risk groups.

Unless the pace picks up, the government will fall well-short of its target of vaccinating 2 million people in risk groups, which include medical and teaching staff, law enforcement officers, students and sufferers of chronic diseases, in the first half of 2021 and another 3-4 million in the second half. These figures would not, in any case, deliver herd immunity to Kazakhstan’s population of 18.8 million.

Anecdotal evidence suggests that take-up is low because of public distrust. One university lecturer based in Almaty offered the jab in early March told Eurasianet on condition of anonymity that she had refused along with all her colleagues, because “I don’t trust it.”

Doctors are also refusing to get jabbed, either out of concern about side effects or on the grounds that they have already caught the virus and therefore assume they have immunity.

Some of those rejecting jabs are specifically distrustful of Sputnik V, which is also being manufactured under license in Kazakhstan.

Others are falling for anti-vaxxer conspiracy theories being widely promoted in Kazakhstan by groups with suspect agendas, according to research into “active disinformation about the pandemic” conducted by myth-busting website Factcheck.kz and independent outlet Masa.Media.

They found that groups such as Yedinstvo Osoznannykh KZ (Unity of the Informed KZ) and Korgau HR (Protect HR) with links to conspiracy theory-promoting Russian groups and the Church of Scientology have since the beginning of the pandemic been disseminating fanciful tales about deep-state plots, the supposed harmfulness of 5G networks and sinister plans to embed chips in the population via vaccinations.

The media exposé suggesting that conspiracy theories damaging to public health are being propagated with impunity raised eyebrows in a country where the authorities frequently prosecute political dissidents and activists for “disseminating false information.”

The news that the vaccination campaign is missing its targets comes as Kazakhstan experiences a spike in coronavirus cases and its two main cities, Nur-Sultan and Almaty, faced new lockdown restrictions.

On March 11 President Kassym-Jomart Tokayev weighed in to warn that “only through vaccination can the virus be fully conquered.” Tokayev is not known to have got a jab, though.

The government’s poor track record on getting the public to heed its public-safety messaging on combating COVID-19 suggests that his words may fall on deaf ears.