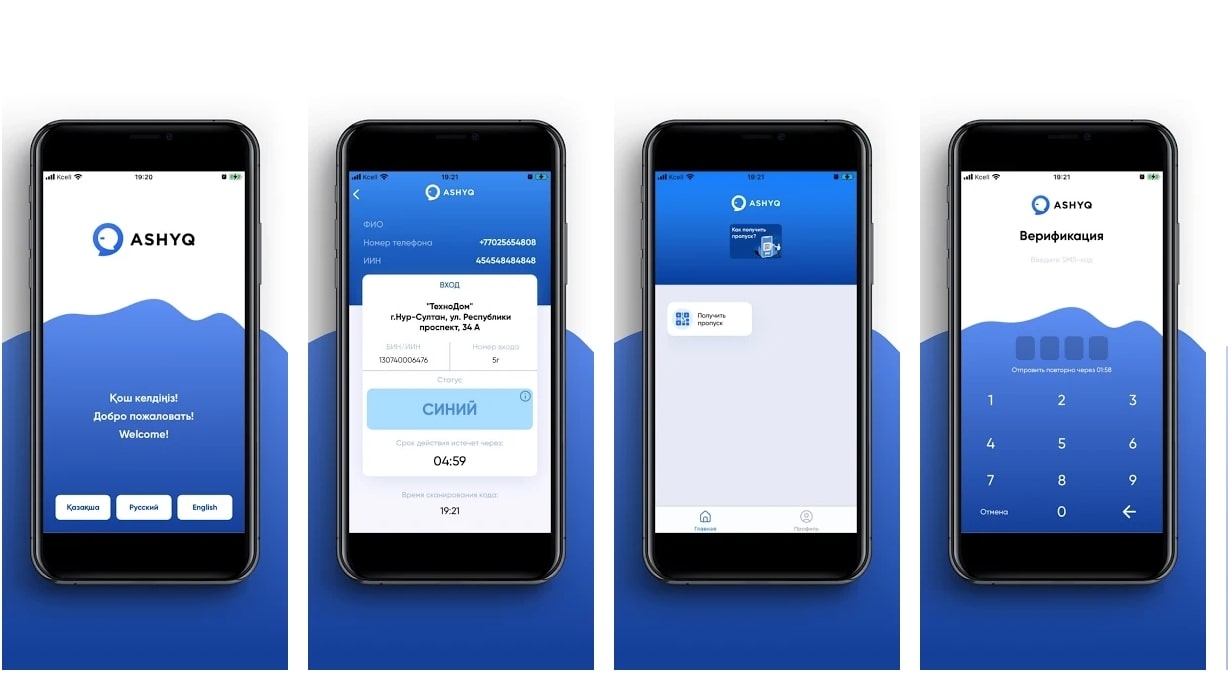 The Ashyq app allows users to enter bars and fitness clubs unhindered if they've been vaccinated.

Kazakhstan is looking to a Russian-developed phone app to reopen after a year of mostly sporadic COVID-19 shutdowns.

One health official said on May 13 that anybody who has received two shots of the vaccine will from July be exempt from all kinds of restrictions if they can show evidence via the Ashyq (Open) app. This waiver, which will free users from needing to undergo routine tests, will be valid for at least one year.

Green status on Ashyq will mean the person in question is able to enter restaurants, bars, fitness clubs and other public spaces unhindered, even if the authorities decide to re-impose lockdowns, said Zhanar Urazalina, a Health Ministry official. The app will also show details of any recent COVID-19 test and its result, if one has been administered.

Urazalina said residents of Kazakhstan will be permitted to return home from abroad without PCR-based test results if they have been vaccinated.

Privacy advocates worry that there is a downside to all this, however. Ashyq users have to provide their ID card details and a phone number, and government-administered data in Kazakhstan is liable to be leaky. What is more, Asset Turysov, the deputy minister for Digital Development and the Aerospace Industry, said at the May 13 briefing that Ashyq data can be handed over to the police at the request of a court or investigator.

Nevertheless, Yulia Yakupbayeva, deputy head of the Atameken business lobby group, has said that a growing list of companies want to get involved in the Ashyq project. The app is now accepted at 5,000 establishments, and another 1,200 applications are being considered, she said.

Dangling the prospect of a return to normal life through this technological widget is the latest government wheeze to encourage the public to get vaccinated. Take-up has been slow.

In early April, President Kassym-Jomart Tokayev chastised Health Minister Alexei Tsoi, threatening him with dismissal if he did not speed up the immunization campaign. Tsoi then announced ambitious plans to vaccinate 2 million people every month, starting in April. That target has already been missed. As of May 13, less than 1.8 million people have received the first dose of vaccine in Kazakhstan, and about 700,000 are fully vaccinated. The overall population is 19 million.

Businesses see Ashyq as something of a mixed blessing. Many of them are forced to fall in line with the initiative, since complete closure can be the alternative. Owners of leisure establishments complain, though, that customers asked to present the app often turn away and leave.

And enthusiasm is low among the public too, by all appearances. The Google Play online store shows the app has been downloaded a relatively modest half a million times. Feedback has not been great – the rating is an alarmingly low 1.3 stars. Many complaints allude to the app’s bugginess, while others raise the privacy issue. It is not clear what is to be done with all the data harvested once the app is no longer needed.

Another criticism is that Ashyq may actually be creating epidemiological risks by causing mustering of people where there were none before. On May 11, Instagram user @denski_blog posted a photo of a massive huddle at the airport in Nur-Sultan, the capital, as people waited to have their app checked. Nobody appeared to be observing social distancing.