Kazakhstan voters OK constitutional changes, but meaning illusory to many

The referendum has bolstered the standing of President Kassym-Jomart Tokayev. 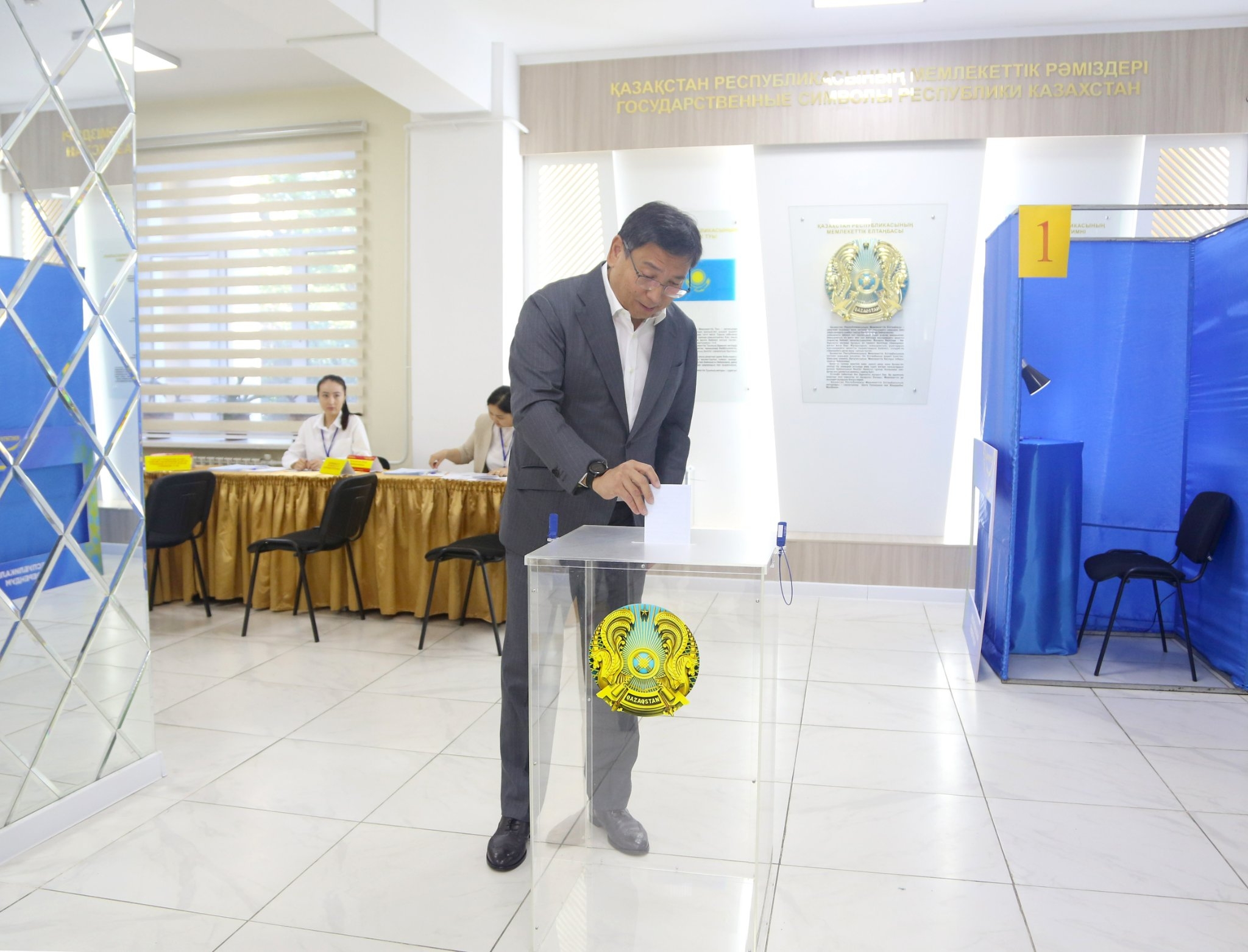 Constitutional reforms touted by Kazakhstan’s President Kassym-Jomart Tokayev as a precursor to genuine democratization have been backed overwhelmingly in a referendum, although independent observers have complained that the authorities placed their thumb on the scale to achieve the outcome.

The Central Electoral Commission said a preliminary count showed 77 percent of people who cast a ballot on June 5 supported the amendments. Fully 70 percent of eligible voters turned out for the referendum, it said.

Champions of these amendments have insisted the overhaul is poised to be substantial. Around one-third of the articles of the constitution will be changed as part of what Tokayev has cast as his “New Kazakhstan” agenda.

The intended effect is to dilute the president’s power; redistribute power in a more balanced manner among the various branches of government; enhance parliament’s role in running the country; increase public involvement in making policies; and strengthen the civil liberties of citizens. That latter goal will be pursued through the creation of a Constitutional Court and the establishment of an independent human rights ombudsman.

Even on-message commentators, though, have unwittingly revealed a possibly more important intent behind the referendum: to bolster the standing of Tokayev. Yerkin Tukumov, director of the presidential office’s own Kazakhstan Institute for Strategic Studies talked about how the turnout had exceeded expectations.

“Our society [has thus shown it] trusts the president and his efforts to transform Kazakhstan,” the government-run Telegram channel devoted to briefing the public on referendum issues quoted him as saying. “Now is the time to analyze the experience of the past 30 years and move on without repeating past mistakes.”

Mistakes is another key concept. The referendum would never have happened if it were not for unrest in early January. Localized discontent over rising fuel prices at the start of the year quickly escalated into something larger and broader in scope. Within a few days, tens of thousands of protesters had come onto the streets in a generalized show of rage against the status quo.

Much of the anger was directed specifically at the person of Tokayev’s predecessor, Nursultan Nazarbayev, who stepped down in 2019 and yet still retained considerable sway from behind the scenes. His three decades in charge has often been hailed for ensuring continuity, stability, and strong improvements in the economy. But all that happened while Nazarbayev avariciously claimed power and enriched himself, his family and an army of loyal cronies. Indeed, one of the points approved in the referendum was to strip Nazarbayev of lifetime protections from prosecution for those very kinds of transgressions. Nobody expects Nazarbayev to actually face any legal trouble, but his loss of stature should, Tokayev’s team will hope, send a clear signal that a new person is in charge.

What is not so clear are whether the voters fully absorbed or even partially absorbed the contents of the referendum. Many questioned by Eurasianet at polling stations confessed to being a little confused.

“Tokayev promised there would be changes, that things would no longer be like they were under Nazarbayev. […] We’ll see,” said one elderly gentleman who offered only his first name, Abylai.

Others recited old rote lines repeated by voters at polling stations for many a decade.

“I voted for peace and stability. What else do we need?” said Lidia Mikhailovna, a resident of Almaty’s third micro-district who gave only her name and patronymic.

A lingering question is just how the high turnout was achieved. Seventy percent is encouraging for Tokayev because it implies strong public engagement, but questions will be asked about how it was that a referendum that many struggled to understand could attract such enthusiasm.

Tokayev was evidently cognizant of the question in his remarks to the press after casting his ballot.

“Today is an important and historical day for our country. The people are making a fateful decision. There has been no coercion,” he said.

Trusty talking heads quickly lined up behind this position. Marat Bashimov, the director of the Eurasian National University’s European Law and Human Rights Institute, cleaved closely to the party line by asserting that the turnout showed the people had become more united.

"The events in January made the public want to participate in such [political] processes,” Bashimov told Russian government-controlled TASS news agency. “The public rallied and wished to express its opinion openly.”

Such arguments look fanciful. There is no evidence that authorities have even attempted to produce anything as ephemeral and implausible as an increase in the sense of social solidarity.

Independent media remains as anemic as it was before January. The security services continue to harass activists and journalists. Militantly anti-government rallies are not tolerated. No truly opposition parties are registered. Strong economic inequality is as prevalent as it was, and strong inflation is not helping.

And the urge to stage Nazarbayev era-style electoral-theatrical displays remains too. Key players in this show are the vote observers from friendly international organizations who reliably talk about the utterly unblemished integrity of the polling process.

The secretary general of the Shanghai Cooperation Organization, Zhang Ming, talked about how their observers “did not find any cases or incidents of violations of the law.” Meanwhile, the independent nongovernment group Yerkindik Kanaty (Wings of Freedom) said they registered numerous violations, such as proxy-voting, polling station workers issuing ballots to people not included on voter lists, monitors being banned from taking photos and video, and cases of assault against independent observers.

Going by earlier experience, it is unlikely the election commission will do much to investigate these claims. Urazgali Selteyev, the director of the Eurasian Integration Institute and another reliable talking head, wrote on his Telegram channel that these violations were simply the actions of people who “think in the old way and cannot let go of their internalized fears.”

“We haven’t got our bearings yet. We need time,” he wrote.

The nature of Kazakhstan’s system is such that the deployment of what is euphemistically described as “administrative resources” is not immediately visible to the eye. Civil servants and every sort of government dependent, members of the ruling party, and university students are made to understand that participation in elections is strongly recommended. The strongly consensual mood this serves to create means many other members of the public go with the flow simply not to be seen as bucking the trend.

That is not to say some skeptics did not vote with their feet by staying away from the polls.

“It’s not the first time they’ve changed the constitution, reshaping it to suit their interests. In reality, nothing will change in our country,” Kurmet Nurgaziyev, a stylist at the Asel barbershop in Almaty, told Eurasianet.