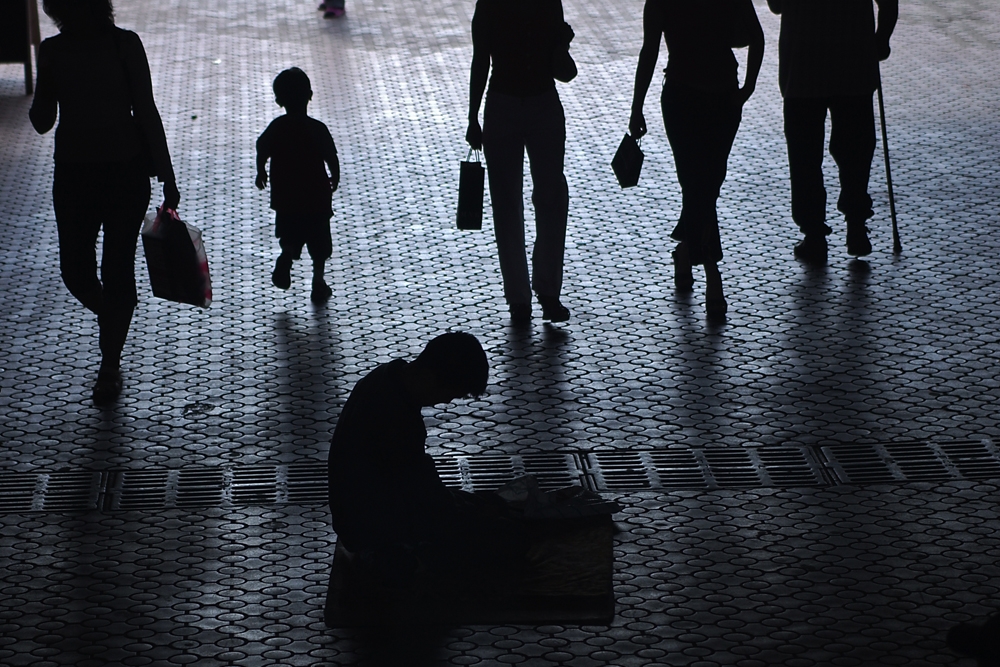 In the official narrative of Kazakhstan’s post-Soviet history, President Nursultan Nazarbayev is lauded for fostering widespread prosperity while maintaining inter-ethnic harmony. Lately, though, the official paeans to Nazarbayev’s virtues haven’t been able to drown out voices of doubt about Kazakhstan’s development path, voices that reflect an ever-widening rich-poor gap and urban-rural divide.

One relatively minor, but illustrative incident occurred in January: authorities jailed a young man who made a rude gesture at an official motorcade in the northern city of Pavlodar. Outside official circles, the incident was seen as an outgrowth of the frustration felt by the considerable segment of society that is being bypassed by the country’s energy boom. This is precisely the type of sentiment that provided the fuel for violent protests last month in Azerbaijan, another oil-rich country with a gaping social divide.

There is an ample dose of truth in Kazakhstan’s founding myth: the country during Nazarbayev’s more than two decades in power, has made significant economic strides, thanks to an energy-export boom. Kazakhstan registered 5 percent growth in 2012. GDP stands at $11,357 per capita, and average salaries are $670 per month, very respectable by regional standards.

But wealth is far from evenly distributed in Kazakhstan: a few have concentrated vast riches in their hands, while many struggle to get by. Kazakhstan’s richest 50 people are worth a combined $24 billion, according to Forbes Kazakhstan. The rich list features many people close to the president, including his son-in-law and daughter, Timur Kulibayev, and Dinara Kulibayeva (both billionaires), his daughter Dariga Nazarbayeva, and his grandson Nurali Aliyev (both millionaires).

As the rich get richer, a middle class is also taking shape. Altynshash Smail, a 35-year-old mother of four and married to a successful businessman, is typical among those who consider themselves comfortable, rather than wealthy. She is grateful to Nazarbayev for giving those with initiative a chance to realize their dreams. “There’s money in Kazakhstan, and there are prospects,” she told EurasiaNet.org. “The president has provided such good opportunities. … I think Kazakhstan’s in a very good position.”

Smail was out shopping on a recent weekday afternoon at Almaty’s Esentai Mall, whose opening last year was hailed by enthusiasts as a sign of Kazakhstani citizens’ increased spending power.

Prosperity is currently concentrated in Almaty, the financial center, and Astana, the glitzy capital. But wealth is steadily spreading out to the regions – to energy hubs like Atyrau and Aktobe, along with other provincial cities.

On a Saturday morning in bustling Shymkent in southern Kazakhstan, another chic shopping mall, Mega, was doing a roaring trade. And contented mall rats were full of praise for their leader. “I like the president,” said student Margo Stepovaya, who was drinking coffee with friends. “He’s elevated Kazakhstan.”

Yet in Shymkent, and elsewhere, dissenting voices are never far off. The village of Badam is only a jolting half-hour bus ride from the boutiques of Shymkent’s Mega mall, but it feels more like half-a-world away. There, prosperity is something people only hear about on television.

“No one’s dying from hunger, but this is a rural area, salaries are low… and pensions are tiny,” said one pensioner who gave only his first name, Marat. “To be honest, people are dissatisfied with the current [political] leadership, but they’re afraid to say so.”

The pensioner had harsh words for Nazarbayev, castigating him for preferring to posture on the world stage while “inside the country his people live at the lowest level.”

Another villager, 60-year-old plumber Amirkhan Tuleyev, was less keen to blame the president for the problems of rural life. “You can see we’re not prospering,” he said, gesturing at the muddy, potholed lanes and dilapidated housing. Tuleyev tends to blame corrupt, incompetent local officials rather than the man at the top, whose “vision is right, but it doesn’t reach us.”

Amangeldy Kalybek of Shymkent’s PRISMA youth activist group sees such attitudes as symptomatic of “a crisis of confidence in the [local] authorities,” who are failing to tackle problems such as unemployment, poor infrastructure and access to medical care and easy access to water. Only 24 percent of Kazakhstan’s rural population had running water in 2010, according to a WHO/UNICEF sanitation report published last year.

Poor living conditions and prospects have sparked a stampede from villages to towns. “Young people in villages are protesting with their feet,” analyst Dosym Satpayev, director of the Almaty-based Kazakhstan Risks Assessment Group think-tank, told EurasiaNet.org. Yet amid stiff competition for good jobs, they risk joining the ranks of the disaffected urban underclass.

In oil-rich western Kazakhstan, overt signs of disaffection have emerged. The region witnessed independent Kazakhstan’s worst ever bout of social unrest in 2011, when 15 civilians died in clashes with police in the depressed town of Zhanaozen, and the region has seen several terrorist attacks – “also a form of protest,” Satpayev says.

One railway engineer living in a small town a couple of hour’s drive from the oil city of Aktobe – where Kazakhstan’s first ever suicide bombing occurred in 2011 – says the mood locally is “negative.” “People increasingly don’t like Nazarbayev,” he told EurasiaNet.org by telephone on condition of anonymity, citing familiar complaints about corruption, nepotism, unemployment and high prices.

“The expression of protest moods in Kazakhstan is quite high,” Satpayev said, pointing to small, sporadic protests – mainly over socioeconomic grievances – that have occurred around the country of late.

The opposition is weak and fragmented and has failed to capitalize on the protest mood, Satpayev points out, but “if a political force that could mobilize [the disaffected] emerged, it would be a very powerful tool.”

Nazarabayev’s administration is aware of the widening rich-poor gap, and has expressed a desire to close it. In the Kazakhstan-2050 development strategy launched last year, socio-economic development and raising living standards are identified as key strategic priorities.

The affluent, too, are not blind to the widening social and economic divide, and, quietly, some admit that things aren’t as rosy as officials depict. Back at Almaty’s Esentai Mall, one banker, speaking on condition of anonymity, acknowledged that Kazakhstan “could do better” for the poor.

“Everything is not really stable and perfect, you know,” she added with a wry smile.