Without a credible independent media, many in Kazakhstan are more willing to believe rumors over the incessant rosy accounts supplied by the government. 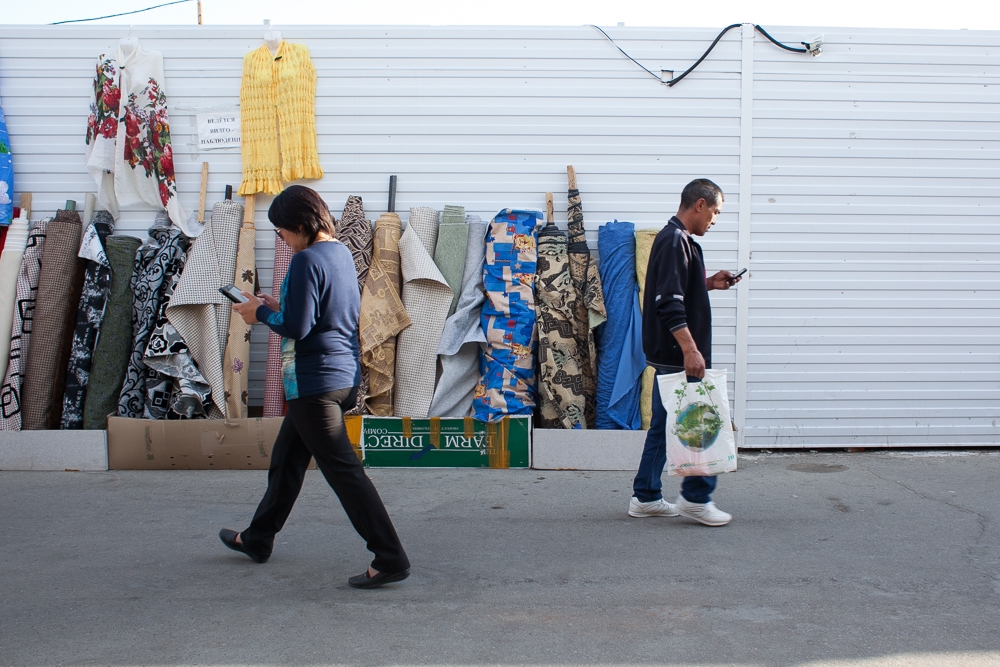 The grimmer the rumor, the faster it spreads. (David Trilling)

The message that pinged on Nazira Albekova’s phone one late January evening sent her into a panic.

“A madman is on the loose in Sarkand,” read the message, circulated on WhatsApp. “Police are asking that people lock themselves in. Yesterday night, there were killings beyond the river – a woman, a man and children were killed. We were warned and told to pass on the message to our loved ones.”

Albekova does not even live anywhere near Sarkand, a town about 50 kilometers from the Chinese border and more than five hours’ drive from her home in Almaty. But the message was still enough to spook her. Heeding the advice, she told her two teenage daughters not to dally about after school and to go straight home.

“I always take warnings close to heart,” she told Eurasianet. “In times like these, anything can happen.”

The message had been sent to Albekova by an acquaintance, who said in turn that he had got it from a colleague.

But police denied any killing had occurred. The whole story was concocted by a troublemaker bent on sowing anxiety.

This kind of digital mischief-making is commonplace in Kazakhstan, and the government has struggled to tackle it. Indeed, some believe that restrictive attitudes to media freedoms are causing the problem, by creating a climate in which people are more willing to believe unsubstantiated claims over the government’s incessant rosy accounts of purported improvements in the standards of living.

The offending messages typically consist of a shocking piece of news, delivered through either text or audio. Regardless of the implausibility of the gossip, it quickly circulates as recipients share the news with all their contacts.

Communications experts describe this as an unintended effect of the intensified level of digitization in Kazakhstan.

“Before, any fact had to be filtered through mass media, which sifted through the information. But today anybody with a mobile device loaded with WhatsApp or Facebook can perform the same operation,” said public relations specialist Alisher Yelikbayev.

The grimmer the rumor, the faster it spreads. Few know that better than Kazakhstan’s banks, which have been among the most damaged by rumor-mongering.

In February 2014, three major domestic banks came under attack. Somebody took to WhatsApp to share some grave news: “Everybody with savings account in Alliance Bank, BTA Bank and Kaspi Bank – you should reset. In the three days, they will declare bankruptcy. This information comes from National Bank employees.” CenterCredit was also named as a vulnerable institution in a separate message.

A few days earlier, there had been a dramatic 19 percent devaluation of the Kazakh tenge against the U.S. dollar. That was fertile ground in which to sow unease.

Many account-holders duly stormed their banks in a bid to take out their money. Large crowds of aggressive customers mustered outside the branches of the targeted lenders demanding to be served.

“It was hard to look at how people were worrying, standing in line in the freezing cold, even though there was no real reason for any of this,” Kaspi’s press office told Eurasianet in an email.

Kaspi, which has dropped the “Bank” from its name since 2014, later revealed that around 10 percent of the savings it held – around $200 million – had been withdrawn over a 72-hour period.

“We are offering a reward – 100 million tenge (more than $500,000) – to anybody that finds these creeps who did this,” Lomtadze told journalists at the time.

The police eventually tracked down the culprit. It turned out to be 30-year-old Darkhan Sabdenov, a former employee with CenterCredit. Sabdenov had earlier quit his job after finding he could not handle the volume of work. He was sentenced to 20 days in jail for “causing damage through deception.”

Nurken Khalykbergen, the head of Almaty-based PR agency Khalykbergen, said that these kind of information assaults are typically aimed at lowering the value of companies.

“When we’re talking about banks, for example, then spreading gossip about imminent bankruptcy can lead a reduction of the deposit portfolio and a more advantageous price,” Khalykbergen said, referring to the valuation of the banks.

In the majority of cases, however, fake messages have no obvious financial goal.

This spring, Kazakhstan was gripped by concern over the spread of an acute form of meningitis. People exchanged notes through messaging apps about their fears of an epidemic, crowded hospitals and fatalities. Businesses felt the result as many refused to leave home. Shopping malls and places of entertainment complained that they saw noticeably fewer customers.

As alarm mounted, calls grew for the government to introduce quarantines and carry out a general vaccination of the population. The Health Ministry complained in vain that the rate of reported cases of meningitis was not in excess of what they had seen the year before. It took two weeks for the hysteria to pass.

Among the most common stories to go viral on messaging apps involves child-abduction.

Last December, police detained a 46-year-old woman in the Almaty region town of Taldykorgan on suspicion of sending around a message claiming a local schoolchild had gone missing. The woman later admitted that she and younger accomplices had made up the story, although they claimed it was to make sure that parents were more careful with their children.

Ayia Zholamanova, a psychotherapist from Almaty, was less generous in her assessment. She compared the spreading of false information through instant messengers to trolling on social networks.

“The disinformer is trying to draw attention to themselves. This is what you call a demonstrative personality, a person who plays on natural fears that parents have about their children,” Zholamanova told Eurasianet. “When they see the results of the information dump – the panic – they feel better about themselves.”

Police regularly remind perpetrators that spreading false information bears potentially serious consequences. “Causing serious harm” is on paper punishable by fines of up to $32,000 or five years in prison.

In reality, however, police are not very successful in tracking down culprits, and even those who are detained get off lightly – as happened with the former CenterCredit worker.

The Interior Ministry did not, as required by law, respond to written requests from Eurasianet to provide figures on how many people have been arrested on charges of causing damage through spreading rumors. But at the start of October, days after Eurasianet requested a comment, the Interior Ministry told reporters that 46 cases of rumor-mongering have been registered so far this year.

Freedom of speech advocacy group Adil Soz noted in a January report that there had been 25 criminal cases opened in 2017 for the spread of false information. In 18 cases, no culprit had been identified, the group said. One person that was arrested was sentenced to three years in jail, another got a slightly milder sentence, while a third was acquitted after striking a bargain with their accusers. All other cases were still open when Adil Soz published their report.

Deputy Information and Communications Minister Nurgul Mauberlinova told Eurasianet in a statement that she believes fraudulent messages often gain traction because they come from people of trust – friends and relatives. The number of reposts and shares also helps boost perceptions of credibility, Mauberlinova said.

Mauberlinova said that in an effort to stem rumor-spreading, authorities are actively removing material from the internet and blocking some resources.

But the deputy minister admitted there is only so much her department can do.

“The ministry does not have the technical means to establish the original source of the false information,” she wrote.

Ultimately, the issue goes far beyond anything that can be done by policing online activity.

Khalykbergen, of the PR agency, said that people are willing to believe rumors because of the low level of trust in mass media. In Kazakhstan, most media, even those that are not directly state-controlled, are financed through government subsidies, which means that the news they produce tends to be largely positive.

“When a minister says that we have little unemployment, and another says that crime is falling, people stop believing official information, because in life they see a wholly different picture,” Khalykbergen said.