What to call the Kazakhs who have moved to Kazakhstan since independence? 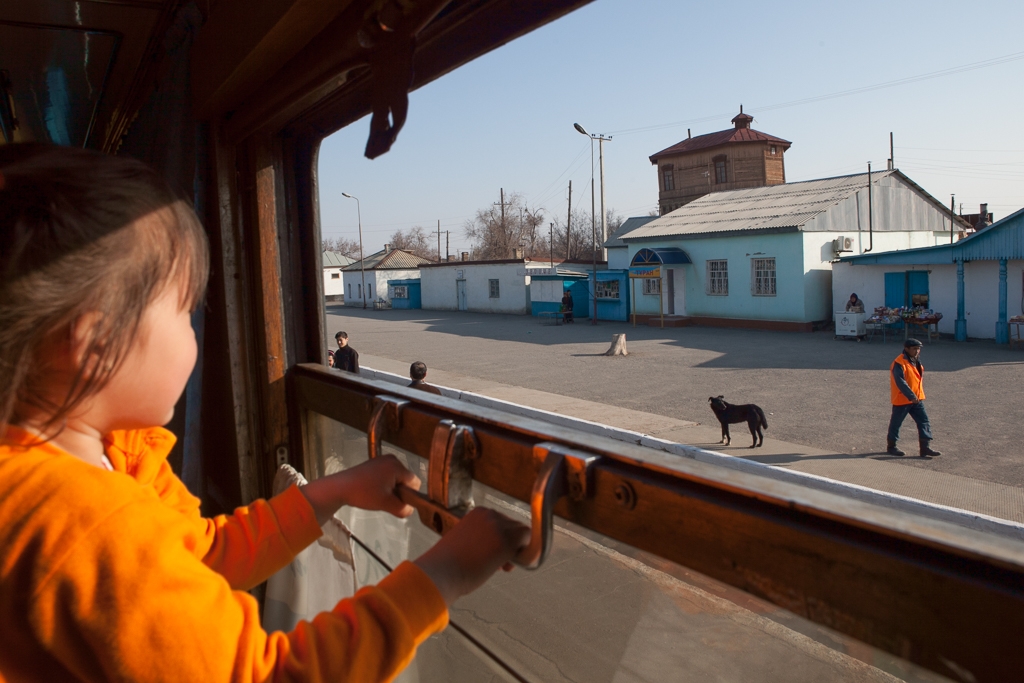 Events and circumstances have contrived to lend the term oralman an often-negative connotation. (Eurasianet photo)

A wrangle in Kazakhstan over what word should be used to describe ethnic Kazakh repatriates has exposed an unusual rift between the president and the traditionally ultra-loyal parliament.

President Kassym-Jomart Tokayev appeared to fire the first salvo on September 19, when he tweeted that the term oralman, derived from the Kazakh for “returnee,” should be substituted with kandas, which translates loosely as “person of the same blood.”

This story has its roots in a decree adopted at a time when Kazakhstan still formed part of the Soviet Union. In November 1991, one month before the Kazakh Soviet Socialist Republic ceased to exist, the republic’s Cabinet of Ministers approved a procedure enabling ethnic Kazakhs to apply for relocation to their historical homeland. The intent of the decree was to raise manpower for the purpose of developing the Kazakh republic’s underexploited rural potential.

At the time, an estimated five million or so ethnic Kazakhs lived outside the borders of their nominal home nation. This happened in part because of shifting borders – the boundaries of the Russian Empire and the Soviet Union were formed in ways that inevitably disregarded complicated demographic facts on the ground. And then the bloody collectivization of the 1930s triggered a mass movement of people, prompting Kazakhs to seek refuge in neighboring lands.

The 1991 decree has to date led more than 1 million people to seek their new home in Kazakhstan, according to government-provided data.

Things have gone far from smoothly, however. Events and circumstances have contrived to lend the term oralman an often-negative connotation. Hanbigul Aukenkyzy, a 38-year-old Kazakh born in China, describes the sense of oralman as feeling like a lifelong stigma.

“They would harass my kid, pointing at him and calling him an oralman’s son,” Aukenkyzy told Eurasianet, recalling her child’s experience of a kindergarten in Almaty. “He would come home from the kindergarten crestfallen. I did not want my child being an underdog for his entire life.”

Aukenkyzy and her family left Kazakhstan for the United States in 2015.

Oralman did not always have this problem, said Nurtay Lakhan, a journalist who has tracked the issue for decades. Lakhan has some personal insight, having moved from Mongolia in 1992. 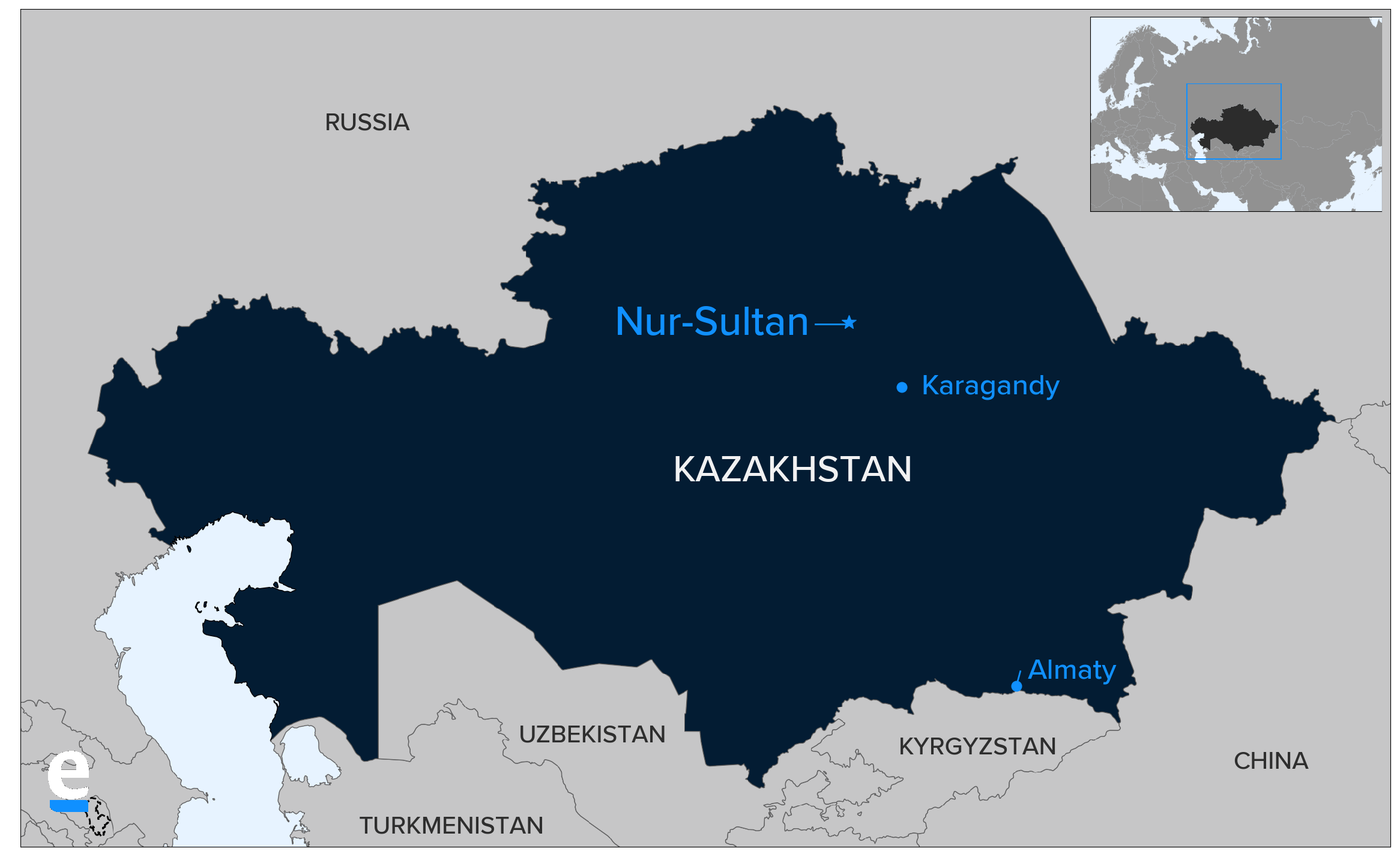 In the early 1990s, newcomers were treated well. They were provided with housing and even sheep and cattle. Most importantly, they were positively regarded in their communities. Things became awkward when the government began providing monetary benefits, such as one-time cash payments for relocation and state-subsidized mortgages.

“Whenever there is money involved, scandals are inevitable. So, bringing over oralman became a business for some sly people who exploited ignorance of local law,” Lakhan told Eurasianet. “Soon, rumors circulated that oralman were just coming for money.”

Qaliakbar Usemkhan, another China-born Kazakh, confirmed to Eurasianet that there is a belief among local Kazakhs that oralman are arriving because of abject poverty in their country of origin. But such convictions are often groundless, he said.

Some negative sentiments were nourished by the residual effects of Soviet-era propaganda. The Communist Party portrayed those who fled in the 1930s as traitors who refused to share their wealth with poor countrymen.

Usemkhan argues that such readings of history are misleading anyhow. People tend to exaggerate the number of those who emigrated to China during the Soviet collectivization campaign, he said. According to Usemkhan, maybe only around 50,000 crossed the Soviet-China border in that period, and most of them returned in the 1960s.

“We are Altai Kazakhs, my ancestors settled there in the 1790s,” said Usemkhan, referring to geographical area in China’s Xinjiang region. “So, my historic homeland is Altai, not Kazakhstan. We are not returnees. I only came here to preserve my language and tradition.”

The finger-pointing reached new heights in 2011, around the time of a protracted oil worker strike in the western town of Zhanaozen that would be brought to an end in a burst of police-instigated bloodshed.

In September that year, three months before the strike reached its violent culmination, the oil-and-banking billionaire Timur Kulibayev, a son-in-law of then-President Nursultan Nazarbayev, blamed the oralman for fueling the standoff. At the time, Kulibayev was head of the Samruk-Kazyna welfare fund, which owned the oil companies targeted by the pleas for higher salaries.

“It was wrong to point at oralman,” said Lakhan, the journalist. “Those who protested were local Kazakhs.”

Nevertheless, the government would go on to cancel quotas for Kazakh repatriates and amend migration legislation. Ethnic Kazakhs now had to wait at least four years before becoming eligible for citizenship. The changes slowed the flow of returnees.

All this has fed into understandings of the word oralman, which began to be applied in 1997.

“Tokayev’s tweet didn’t come from nowhere. It was in his campaign platform,” Mukibek told Eurasianet, alluding to the June election that cemented the president’s grip on power.

But according to Mukibek, a working group of the Majlis, Kazakhstan’s lower house of parliament, is pursuing yet another option as part of its proposals to make more fixes to migration legislation. Deputies have favored the word bauyrlas, said Mukibek, who sits on the working committee.

Bauyrlas is a far looser term that could apply not just to ethnic Kazakh kinfolk, but also to all the whole family of Turkic nationalities that Kazakhs refer to as bauyrlas elder, or “brother nations.”

“It’s a tricky word,” said Lakhan. “Depending on how you construe it – you may be a brother or you may be Turkic. It’s like saying you are not Kazakh.”

This linguistic maneuver looked like a transparent defiance of Tokayev’s will. One local newspaper described the impasse with a pithy headline: “The Majlis ignores President Tokayev.”

One camp is exasperated by the debate.

“If you do not like oralman, let us just say ‘repatriate.’ Neither bauyrlas nor kandas bear the load of ‘returning to the historical homeland,’” journalist Saken Sybanbay wrote in a Facebook post. “Oralman is just a temporary status. Once you get citizenship, you are no longer oralman.”

But for Mukibek, the Nur Otan lawmaker, language is important and could serve to foster greater national harmony.