There is no prospect that actual opposition groups will be allowed in parliament though. 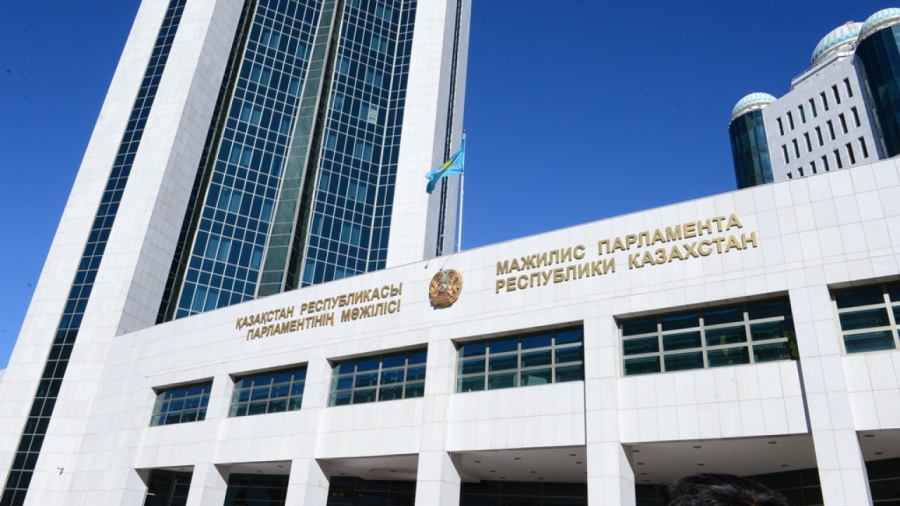 Lawmakers in Kazakhstan have backed a draft bill that should, once adopted, give non-ruling parties a greater say in setting the legislative agenda.

But does this idea have any meaning in a rubber stamp parliament?

The legislation, approved in its first reading on May 6, has been dubbed in the media as the “parliamentary opposition” bill – a moniker that critics have described as wholly misleading. Other than the president-backed Nur Otan, there are only two parties in the Kazakh parliament, but neither could credibly be described as oppositional.

Azat Peruashev, a leader of Ak-Zhol, a pro-business interests party, and himself a former prominent member of Nur Otan, said the bill he brought to parliament was for the benefit of those deputies holding positions on political and socio-economic issues that are different from those of the majority faction in parliament.

Nur Otan has over several elections garnered an unassailable majority. At the last election, in 2016, it won 84 out of the 107 seats up for grabs. Ak-Zhol, which bills itself the “constructive opposition,” got seven seats, as did the Communist People's Party of Kazakhstan, or KNPK, which is a regime-approved facsimile of a previously existing, rival Communist Party. The distribution of seats was almost identical in the 2012 elections. Those results were a model of diversity compared to 2007, however, when Nur Otan won every single seat.

The reason that Nur Otan wins elections so handily is that its brand has indissolubly been associated with the figure of now-former President Nursultan Nazarbayev, making it a priority for political technologists arranging elections to make it seem like the universal consensus choice of voters.

Nationwide Social Democratic Party, or OSDP, which has engaged in slightly more real, if very muted, opposition politics, has been allowed to take part in elections but has never won seats.

Other than the three parties in parliament, and the perennial also-rans at the OSDP, there are three further parties, all of them either dormant or with no public profile of note.

Peruashev, trying to cast himself in the guise of an actual government antagonist, has said that the new legislation would provide non-Nur Otan lawmakers the opportunity to initiate hearings on pressing issues, to set the agenda for government question time sessions, and even to propose rival bills to the government. He also said one of parliament’s seven standing committees should as a rule be chaired by an opposition lawmaker.

The idea of formalizing the concept of the parliamentary opposition was actually first put forward by President Kassym-Jomart Tokayev during a December session of the National Council of Public Confidence, a strongly criticized forum that is supposed to be serving as a bridge between rulers and civic activists.

Tokayev has since coming to power in March 2019, following Nazarbayev’s surprise resignation, tried to position himself as a champion of political reform. His critics have been disappointed by the gulf between rhetoric and execution, though. Legislation regulating the holding of rallies is a case in point. That law, which has sailed through parliament with cursory discussion and is now awaiting the second and final vote of approval from the Senate, was meant to simplify the process for holding rallies, but activists say it has done little to remove many existing restrictions.

Supporters of the “parliamentary opposition” bill have described it as "an important step towards strengthening democracy."

“Legislative consolidation of the very concept of parliamentary opposition opens a fundamentally new page in the history of Kazakhstani parliamentarianism,” Nurlan Nigmatulin, speaker of the lower house, remarked after his colleagues backed the bill.

Independent political analysts are more sanguine about these purported reforms.

“What kind of parliamentary opposition can we talk about when our opposition has been shut out of the political arena? In our country … opposition parties have either been outlawed and banned, or dissolved under far-fetched pretexts, or they are simply not registered,” former diplomat Kazbek Beisebayev wrote on Facebook.

One such aspiring party is the Democratic Choice of Kazakhstan, or DVK, created by despised, Europe-based government foe Mukhtar Ablayzov. That movement has not only been denied registration, it has been outright dubbed an extremist movement by court order, which in effect equates it to a terrorist organization in the eyes of the law. Anybody found consorting with that movement risks ending up behind bars for several years.

A representative for the Justice Ministry said this week that they are currently considering seven outstanding applications to register political parties. But the Forbes Kazakhstan website has noted that five of those applications have already been rejected and that a sixth hopeful party is likely to be denied on bureaucratic grounds. A review of the last applicant is still ongoing.

Among the frustrated hopeful party founders is Zhanbolat Mamay, who has complained bitterly that he is being prevented by the authorities from registering his Democratic Party of Kazakhstan (not to be confused with Democratic Choice of Kazakhstan).

The narrow field of parties is something that Tokayev claims, on paper at least, to be eager to address. He spoke in December about the idea of the number of members required for a party to be registered to be reduced from 40,000 to 20,000. Parliament took up that proposal and the provision is now awaiting a vote in the Senate.

Speaking of votes, the next round of parliamentary elections is slated for 2021, although there has been speculation that the date could be brought earlier.