Bilash is viewed as a worryingly popular figure by authorities. 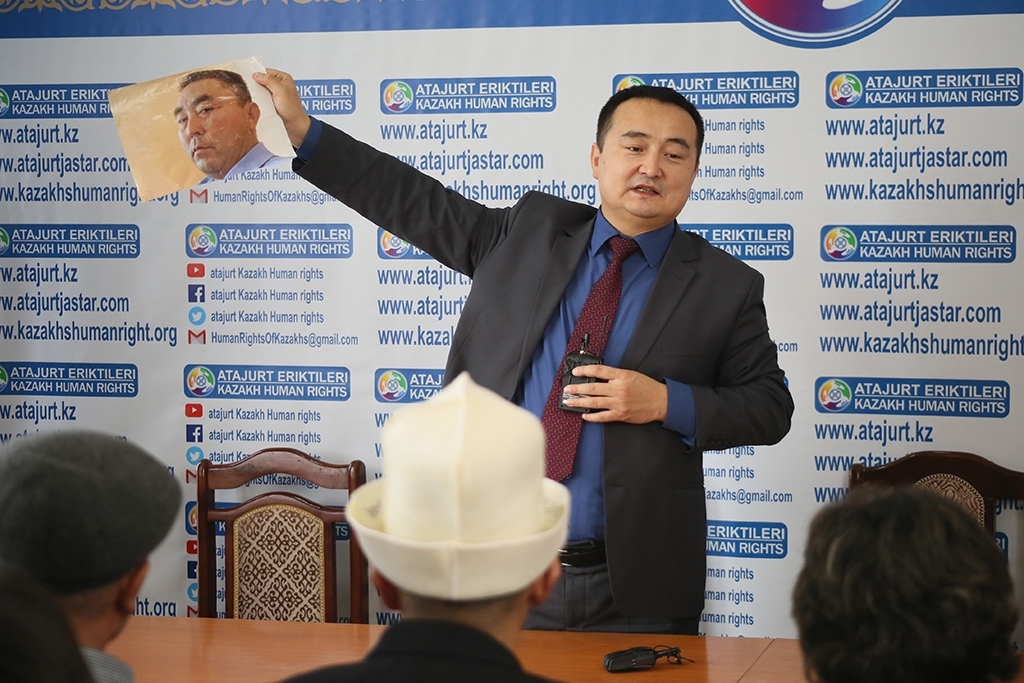 After vanishing from the news for months, a jailed activist who made his name drawing international attention to the plight of ethnic Kazakhs in China will soon go on trial.

Aiman Umarova, the lawyer defending Serikzhan Bilash against charges of inciting interethnic hatred, told Eurasianet on July 11 that prosecutors informed her that the criminal investigation into her client has now concluded. Earlier this week, a court in the capital, Nur-Sultan, extended Bilash’s house arrest for a third time.

“Now we need time to study the case materials and then the court needs to take on the case,” Umarova said. “At the earliest, [a preliminary hearing] could take place in two weeks, but in reality, it probably will not happen this month.”

Bilash, whose detention in March provoked an international media storm, faces a sentence of between five and 10 years if found guilty of trying to whip up sentiments of hatred toward Chinese people, as is contended by Kazakh authorities.

Bilash insists his only target is the Chinese state, which he decries for its policies in Xinjiang, where at least 1.5 million ethnic Kazakhs live.

Media has overwhelmingly portrayed the case as an example of Beijing converting its economic heft in Kazakhstan into political influence, although authorities also appeared nervous that a charismatic and independent figure might insert himself into opposition politics.

The comments upon which the charge is based were made at a public event in February.

Bilash – not known for being careful with his tongue – called for a “jihad” against the Chinese over their Xinjiang policies during the event.

He then added that this was an injunction to wage an information war rather than a call to violence.

In its report on Bilash’s detention, state television edited the footage to exclude that qualification.

The activist’s supporters fear that the court in Nur-Sultan, where he was taken and held after being scooped up by security services in Almaty, may be likewise tempted to tamper with the evidence.

Bilash’s house arrest was prolonged on July 8, according to a court document obtained and distributed by members of his unregistered Atajurt movement.

That group has been instrumental in bringing to light some of the rights abuses perpetrated by Chinese authorities in Xinjiang, where large swathes of the non-Han population are believed to have been swept into various forms of arbitrary incarceration.

The court has defended itself against charges that it has overreacted by refusing to grant Bilash bail pending trial, arguing that doing otherwise could prevent a “full and objective” resolution of the case.

While he is denied attention by a media landscape all but dominated by the state, Bilash enjoys considerable support among the community of Chinese-born Kazakhs.

Atajurt colleagues are spearheading a drive to have Bilash nominated for the Nobel Peace Prize. Those involved with the petition acknowledge it has little chance and that their efforts ultimately amount to not much more than an attempt to pressure image-conscious Kazakhstan into dropping the case against him.

The group says that following signature-gathering drives around Nur-Sultan and the region surrounding Almaty – at least one of which was interrupted by police and provincial officials – the petition has around 10,000 backers.

Atajurt has soldiered on without the star power of Bilash, who is fluent in English and maintained regular contact with foreign press.

The Justice Ministry, meanwhile, refused the group registration for a fourth time last month. It has, however, agreed to register two nonprofit organizations whose work includes advocacy for Xinjiang Kazakhs. One of the groups is headed by a former colleague-turned-rival of Bilash.