Ata-Jurt was key to spotlighting rights abuses in China. 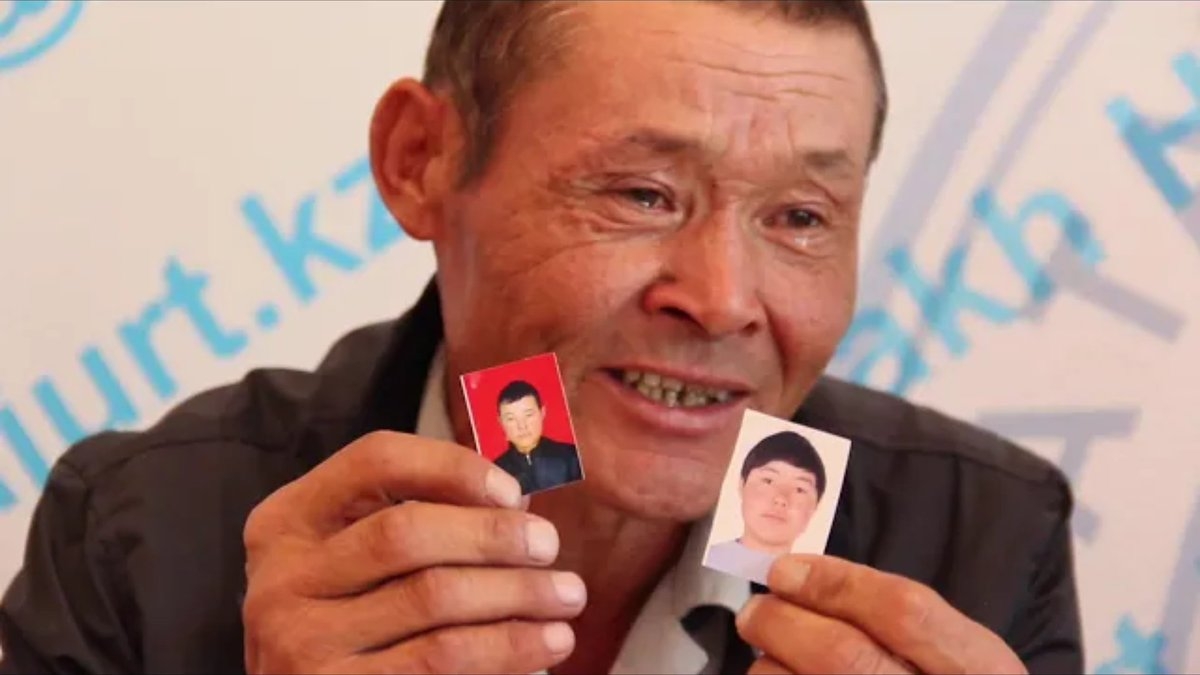 A man showing photos of his missing relatives. (Photo: Ata-Jurt)

An activist group in Kazakhstan that has led the charge in spotlighting the mass detention of ethnic Kazakhs in western China has after several unsuccessful attempts been registered by the authorities.

Opinions are divided, however, about whether the government’s September 24 decision to grant Ata-Jurt permission to operate was capitulation to public demand or a sign that the group has been rendered toothless.

Ata-Jurt was launched in spring 2017 and quickly became a prominent campaigner against China’s anti-Muslim crackdown in the Xinjiang Uyghur Autonomous Region.

Its approach hinged heavily on the meticulous collection of testimonials of former detainees of Chinese prison camps and their relatives. Kazakhs and Uyghurs, the main ethnic group in Xinjiang, who had lost touch with relatives in China lined up to provide their written complaints. Even Kyrgyz who had lost faith in their own government to address the problem traveled to Almaty to meet with the activists.

For the government in Nur-Sultan (formerly Astana), the movement proved a headache. Tolerating it risked irking Beijing, an important economic partner, while cracking down stood to rile nationalist sentiment.

The approach of the authorities was initially to frustrate Ata-Jurt by means of bureaucracy – denying it permission to operate legally by refusing to register it as a legitimate nongovernmental group. In February, the China-born firebrand leader of the group, Serikzhan Bilash, was fined $670 for leading an unregistered organization.

More robust measures were adopted in March, when security services arrested Bilash and charged him with inciting interethnic hatred.

In mid-August, Bilash’s lawyer, Aiman Umarova, said her client was offered a deal: plead guilty, stop the activism and he would be allowed to go free.

“They have no evidence of his guilt. I will not sign a procedural agreement, even if it requires me to give up my lawyer’s license,” Umarova said at the time.

But then, in a surprise turn of events, the normally combative Bilash ditched his lawyer and signed up to the agreement.

Bilash revealed the details of the agreement in an interview to RFE/RL's Kazakh service, Radio Azattyq. He said that he was barred from dealing with matters to do with China-born Kazakhs for a period of seven years. As his new lawyer told Radio Azattyq, Bilash would not be permitted to lead any public organization within that timeframe.

With its charismatic leader side-lined, there are serious doubts whether Ata-Jurt will prove as effective as it has been in the past. Bilash spoke several languages and was notable for his compelling and sometimes inflammatory public rhetoric. His successor, Yerbol Dauletbek, the new head of Ata-Jurt, will likely struggle to make as vivid an impression.

Should he have the ability and desire to do so, however, he may face his own troubles with the government.