The documentary spans over an exhausting eight hours. 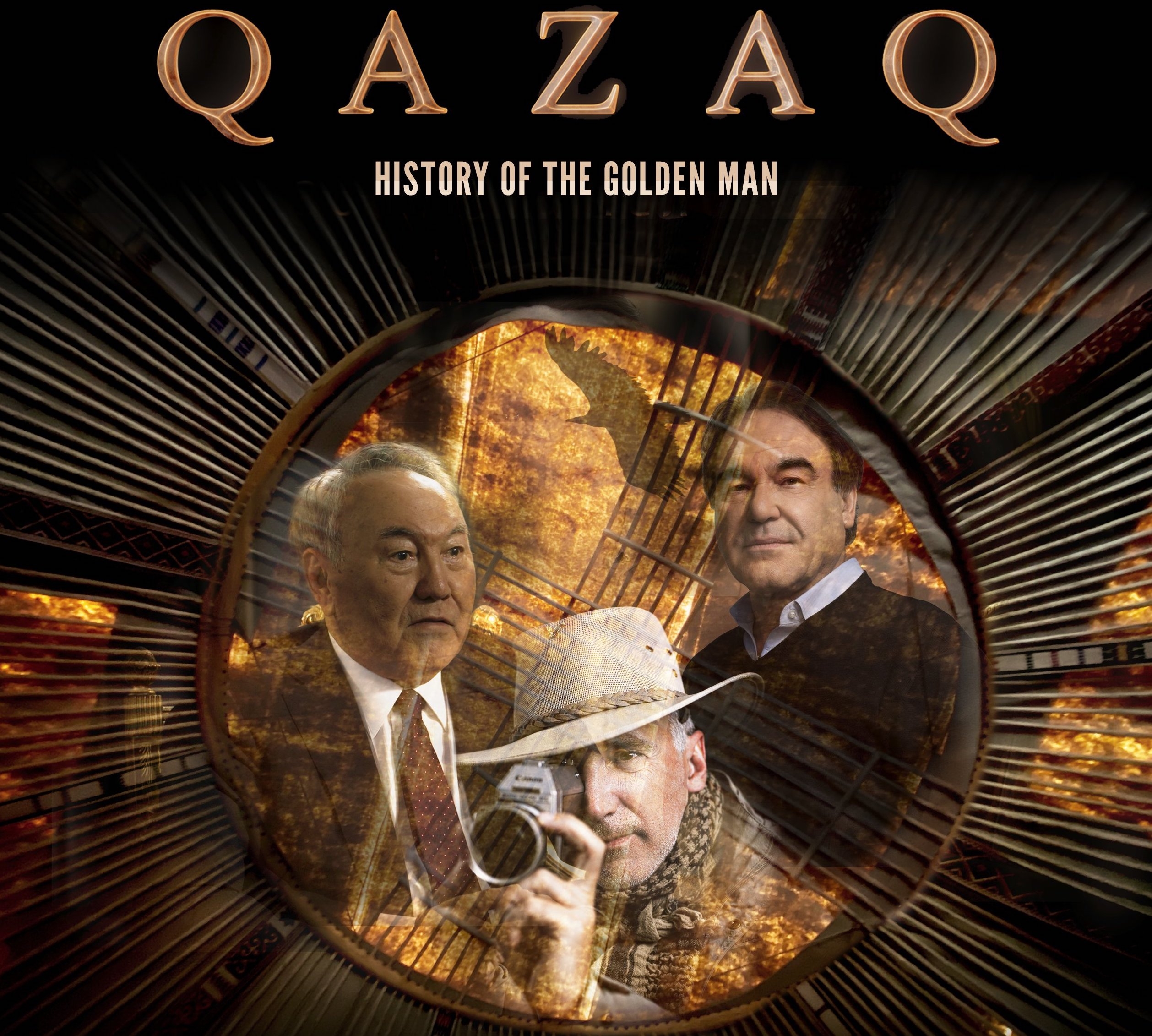 Qazaqing up to the leader.

From the man who brought you Platoon, Wall Street and Born on the Fourth of July comes a blockbuster, new eight-part documentary series about… the former president of Kazakhstan.

That, at least, is how the Oliver Stone-fronted Qazaq: History of the Golden Man is being sold to the public.

The series got its first airing on July 6, a date likely known to every man, woman and child in Kazakhstan as the birthday of Nursultan Nazarbayev – whose state-engineered cult of personality has now been more than a decade in the making. The premiere was attended by Stone and held at a cinema in Nur-Sultan, the capital, which was, like an increasingly long list of things in Kazakhstan, named after the semi-retired leader.

The movie was only one of several treats for Nazarbayev on the day. Statues of the freshly minted 81-year-old were unveiled in two cities.

Qazaq: History of the Golden Man is ostensibly about more than just Nazarbayev, though. It is being cast as an epic voyage through Kazakhstan’s nomadic history all the way to the present, but with a heavy focus on the role of the man who takes credit for forging the modern-day nation state.

Stone’s interviews with Nazarbayev form the backbone of the documentary, which was directed by Ukrainian film-maker Igor Lopatonok.

Not that it was likely to be any other way, given the access that Stone was afforded, but the American was clearly impressed.

“Call #Nazarbayev what you want – dictator, strongman, tyrant, founder, you’ll find him to be a modest man explaining the #Soviet Empire’s demise and his important country’s transition to an independent nation, including its disposal of its nuclear weaponry,” he wrote on Twitter as the documentary premiered.

Modest was an interesting description for a man who has had a whole city, a university, an airport and numerous streets named after him.

Stone’s tweet prompted a flurry of outraged and sarcastic responses.

“We’ll call him a corrupt tyrant and stop at that, thank you,” riposted one user.

“How much money did they pay for this propaganda?” scoffed another.

“Creepy Leni Riefenstahl vibes,” remarked a third, referencing the German filmmaker best-remembered for her films celebrating the aesthetic of the Nazi regime.

Stone has faced a barrage of criticism for what the Daily Beast once described as “his slide over recent years from producing acclaimed Hollywood blockbusters into bootlicking hagiographies of dictators.”

He has made a glowing documentary about late Venezuelan strongman Hugo Chavez and filmed flattering interviews with Russia’s Vladimir Putin.

The trailer for his latest offering shows Nazarbayev rehashing his favorite talking points about his life: his birth into a family of peasants, his career forged in a steelworks, and his decision to give up Kazakhstan’s nuclear weapons as he steered the nascent nation through the collapse of the Soviet Union. That last one is a favored topic that Nazarbayev returns to often.

Weary film fans might have thought they had seen enough Nazarbayev adulation onscreen for now. His life was already, after all, exhaustively recounted in a six-part Kazakh-made biopic called Path of the Leader and directed by Rustem Abdrashev.

The making of the capital city that is Nazarbayev’s brainchild on what he says in the trailer was “pure steppe 15 years ago” also features in Stone’s documentary, with sweeping shots of empty grasslands interspersed with images of what Nur-Sultan looks like today.

The golden man of the title references one of Kazakhstan’s national symbols. Namely, an ancient Scythian prince decked out in 4,000 gold ornaments whose burial site was discovered in 1969.

The unsubtle implication is that viewers should draw a direct parallel between that ancient prince and the modern-day golden man of Kazakhstan.