Environmental-minded pledges have come thick and fast of late, but some appear to be bluster. 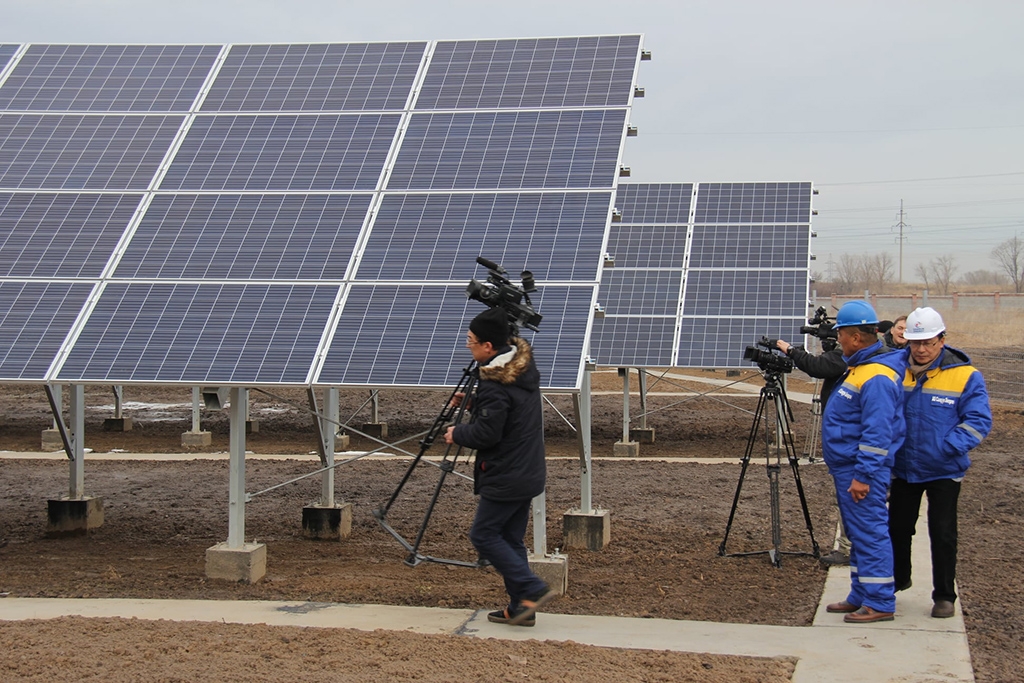 In May, Kazakhstan’s president upped the stakes for the renewable energy agenda.

The plan is no longer for 10 percent of the country’s power needs to be generated through renewables by 2030. It is 15 percent.

“I am a supporter, a firm supporter, of the development of clean energy and green technologies in general,” Kassym-Jomart Tokayev told officials. “I support the construction of power plants using renewable energy sources.”

These kinds of environmental-minded pledges have come thick and fast of late.

In June, Prime Minister Askar Mamin volunteered a shorter-term goal, predicting that 6 percent of energy would come from renewables by next year, far ahead of the previous deadline of 2025.

Speaking in December at the UN-sponsored Climate Ambition Summit, Tokayev announced Kazakhstan’s aspiration to have net-zero carbon dioxide emissions by 2060.

For all this striving, Kazakhstan faces an uphill battle. It is the largest emitter of carbon dioxide in Central Asia and, more alarmingly, 14th in the world (and 10th per capita). As things stand, more than 70 percent of its electricity is generated by burning coal, about 15 percent comes from hydropower, and most of the rest is produced by gas and oil.

Progress has been picking up, though. Until three years ago, renewables accounted for only 1 percent of Kazakhstan’s power mix. As of last year, that amount had tripled, as Mamin boasted in a progress update in June. In a space of six years, the country has increased its renewable energy capacity sixfold, to 1,650 megawatts in 2020.

Last year, 25 items of renewable energy infrastructure, mainly wind and solar power plants, were launched, adding 600 megawatts of capacity. The goal for 2021 is 23 more projects and an additional 400 megawatts.

Officials attribute this progress to interest from private investors. The Energy Ministry reported in February that the government had between 2018 and 2020 held 25 international auctions for project contracts. The result is that at least 10 companies, including oil majors like Italy's Eni and France's Total, are working in Kazakhstan’s green-energy sector, Energy Minister Nurlan Nogayev has said.

Some of this may be bluster, however.

According to research by PricewaterhouseCoopers, or PwC, which published a study on the renewable energy market in Kazakhstan late last year, 70 percent of financing for renewable energy projects comes from international development banks, which have extended around $1 billion in funds for the sector over seven years. The European Bank for Reconstruction and Development alone accounts for almost half of that money.

But why are no large foreign investors coming forward?

Ainur Sospanova, chair of the Association of Solar Energy of Kazakhstan, believes the returns are still too weak to draw significant interest.

“Yes, Kazakhstan has a lot of sun and wind, but there are few opportunities to make money out of them,” Sospanova told Eurasianet. “In Uzbekistan, for example, where the population is almost twice as large as ours, the renewable energy market is much larger. So we are losing out to our neighbor in attracting investments.”

Foreign exchange turbulence has been another problem. As Sospanova explained, around 80 percent of the equipment used to build wind turbines and solar power plants is purchased from abroad in foreign currency, while revenues are in the national currency. And the tenge has since 2015 slipped by 135 percent in value against the dollar.

The government’s plan is to remedy this by indexing prices for power in accordance with the performance of the tenge and inflation – a potentially fraught political proposition.

There is some effort being made to gin up enthusiasm among local investors, although the scale of what has been done so far is less than impressive.

Last August, the state-backed Damu Entrepreneurship Development Fund and the United Nations Development Program, or UNDP, issued three-year green bonds with yields of 11.8 percent on the Astana International Exchange. The volume of investments was relatively paltry, even by Kazakh standards: 200 million tenge (about $470,000). All the bonds were bought by local brokerage companies.

The idea is that Damu then takes that money and makes it available to banks offering low-interest loans to groups working on renewable energy projects.

Commercial banks are not too interested in exposing themselves to a fledgling sector.

“In our situation, a facility with, for example, [annual] capacity of 100 megawatts and [development] costs of up to $120 million will pay off no earlier than in 10-12 years. Banks do not want to wait so long,” Sospanova said.

Investment is needed in more than just solar and wind though. As polluting energy generators are phased out, the replacements will have to come not only in the form of renewables, since there is no guarantee that the sun will shine and the wind blow in line with demand. Back-up infrastructure running off fuels cleaner than coal will have to be built, but that too is a costly business.

“Without a back-up system, further development of [renewable energy sources] is impossible, and large investors will not invest in those projects,” she said.

The supply end of the equation is not the only thing to consider. As lawmaker Eldos Abakanov pointed out to Eurasianet, families installing their own renewables-based power generators, such as solar panels, are entitled to a 50 percent rebate on the cost.

As it happens, the proliferation of autonomous power generation in remote rural areas unconnected to the grid is not reflected in official data.

“Many mountain pasture farmers have long been using solar and wind turbines on their farms to address the problem of lack of electricity,” Abakanov said.