It is easy to poke holes in the Kazakh government’s official narrative, even as it continues to choke communications with the outside world. 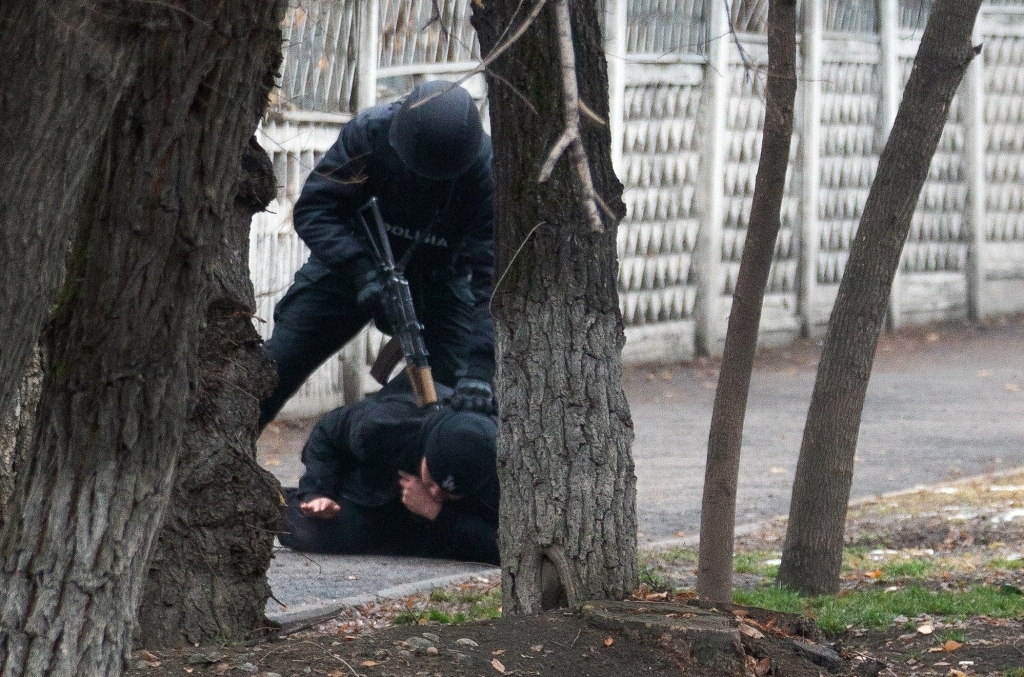 As Kazakhstan battles its way out of a bloody weeklong crisis, the authorities are working hard to push their own story about the unrest that has to date claimed dozens of lives.

While they did so, on January 9, the internet remained down in the commercial capital, Almaty, depriving people there of the chance to tell their own side of the story.

In an English-language video message posted online, Foreign Minister Erzhan Kazykhan acknowledged that the roots of the trouble lay in what he termed “peaceful demonstrations” triggered by a rise in car fuel prices. But those protests were later hijacked by “local and foreign terrorist groups,” Kazykhan said.

Kazykhan lashed out at international media, whose coverage he accused of creating the false impression that only peaceful protesters had come out onto the streets.

In the meantime, however, the shutdown of telecommunications means that foreign-based news outlets have been largely unable to contact anybody inside Kazakhstan for an independent account of events. Moreover, foreign journalists accredited with Kazakhstan’s Foreign Ministry have been denied entry into the country.

The only publicly available information people inside Kazakhstan have been able to access is what is broadcast on state television and a select number of local news websites conveying official statements.

Increasing emphasis has been made by Kazakh authorities on an alleged foreign contingent among those individuals who are said to have caused the most destruction.

President Kassym-Jomart Tokayev said on Twitter on January 7 that “20,000 bandits” had emerged from sleeper cells to launch a major assault on Almaty and that they had a clearly defined strategy and were reporting to a central command point. On the same day, he tweeted to claim that many of the attackers were from outside Kazakhstan.

“Some of them were talking in a language that was not Kazakh,” he said.

To drive that point home, state media on January 9 broadcast the confession of a man who identified himself as a Kyrgyz national who had purportedly agreed to participate in an anti-government rally in Almaty in exchange for $200.

“Since I am unemployed, I agreed to this,” said the man, who had scratches and bruises all over his badly swollen face. “On January 2, I flew to Almaty, they took me to an apartment in which there were also citizens of Tajikistan and Uzbekistan.”

As soon as the broadcast was seen in neighboring Kyrgyzstan, however, local social media users noted that the man was a well-known and accomplished musician, Vikram Ruzakhunov. The head of the Kyrgyz State Committee for National Security, Kamchybek Tashiyev, expressed indignation over Ruzakhunov’s arrest.

Kazakh security officials later tried to insist that the man in the filmed confession was not Ruzakhunov, although he had been identified as such by relatives and close friends. They said instead that the man in the footage was another Kyrgyz national called Zakir Uburov.

Social media users quickly dug up images and details about Uburov, who does indeed live and work in Almaty, but who looks unlike Ruzakhunov.

Kyrgyzstan’s Foreign Ministry said its consular workers in Kazakhstan have been denied access to its detained citizens, who are also without legal representation.

Considerable confusion also persists on the scale of fatalities.

A government-run Telegram account on January 9 cited the Health Ministry as saying 164 people had been killed during the disturbances. Most of the fatalities were said to have been in Almaty. There were two children among the 103 people killed in the city, according to the Health Ministry bulletin conveyed by the Telegram account. Other fatalities were reported in the city of Kyzylorda, in the southern Zhambyl region, and in the Almaty region.

But later in the day, the Health Ministry reached out to the media to claim those figures, which were published on a government Telegram account initially created to coordinate the response to the COVID-19 crisis, were incorrect. It provided no alternative figures.

Concerns had been mounting over the past week that many households were unable to buy basic foodstuffs since so many supermarkets and shopping centers had been looted. An Almaty-based Eurasianet correspondent reached by phone said that things had improved on that front over the weekend and that many stores were now reopening.

Magnum, a major supermarket chain, said on January 9 that it had reopened 38 of its 68 outlets in Almaty. Fully 26 of its stores were looted, causing damage worth 8.5 billion tenge ($19.6 million), the company said.

As the unrest was escalating, on January 5, President Tokayev appealed for assistance from the Russian-led Collective Security Treaty Organization “to help Kazakhstan overcome this terrorist threat.” The group swiftly consented, much against historic form, and Russian troops have since that time been flying into the country. A Kazakh official estimated that around 2,500 foreign troops, including from other CSTO members Armenia, Belarus, Kyrgyzstan and Tajikistan, were to be deployed. Russian media outlets have reported higher numbers.

Speaking to state broadcaster Khabar, Tokayev’s spokesman, Berik Uali, said on January 9 that the CSTO mission was likely to be very brief.

"They will probably stay for a week," he said.