Kazakhstan is struggling to drum up vaccine interest. Its leaders could help by getting the jab. 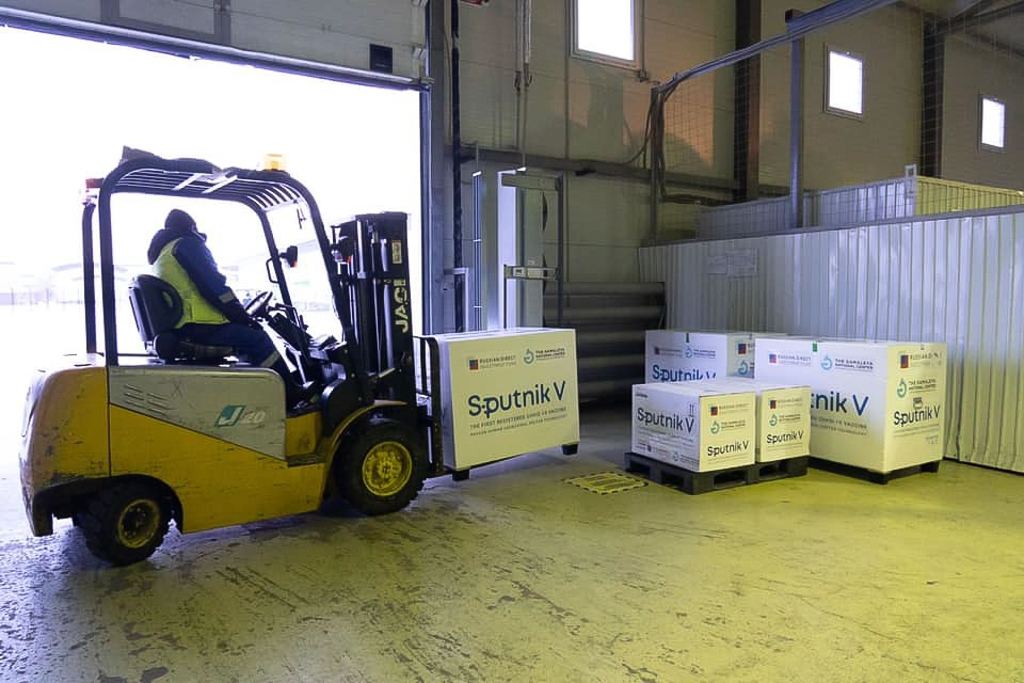 Kazakhstan has to date imported at least 20,000 doses of Sputnik V from Russia. (Kazakh Ministry of Health)

At the start of this month, Kazakhstan became the first country in Central Asia to embark on a major coronavirus vaccination campaign, raising hopes it could reopen to the world.

Skepticism over Russian-developed Sputnik V may hinder uptake, however. Most worryingly, it is medical professionals who are doing much of the naysaying.

In his otherwise buoyant February 1 tweet to announce the start to mass inoculations, President Kassym-Jomart Tokayev was unable to entirely mask concerns that the public might resort to any excuse for avoiding a jab.

“Vaccines are the only hope of overcoming the pandemic. All costs of vaccination will be borne by the state,” he wrote.

The first beneficiaries are healthcare workers. Those working in infectious diseases facilities are a particular priority. A second stage beginning in March will cover teachers and law enforcement officers. By April, students will be offered the vaccine. Under current plans, the campaign will spread to the entire population from May. The hope is to vaccinate around 6 million citizens over 18 years of age by the year’s end. That is around one-third of the population.

Kazakhstan has to date imported at least 20,000 doses of Sputnik V from Russia. But the bulk of Sputnik vials will likely be produced under license at a pharmaceutical plant in the central city Karaganda. An initial batch of 90,000 doses is expected to be ready by the end of this month.

On February 12, the Health Ministry said that more than 14,000 health workers had already received the vaccination. As of February 19, almost one-third of medics in the capital have been inoculated. A minority of a few hundred around the country, though, have refused it, officials have said.

A medic at an intensive care unit in a COVID-19-specialized hospital opened in Nur-Sultan in the spring told Eurasianet that only four of 15 doctors working in his department have been vaccinated.

“Many of us are worried about possible serious side-effects or delayed negative effects which could appear after a year or longer,” the medic, who spoke on condition of anonymity out of fear of reprisals from management, told Eurasianet.

Some at the same hospital feel the need for inoculation has passed anyway, since they had previously contracted the coronavirus.

“Most doctors have already been ill and developed immunity, so they do not need to be vaccinated,” the medic said.

Management at the hospital is requiring that refuseniks provide a certificate attesting to the presence of antibodies in their system before being permitted to go to work.

Seasoned medical professionals supporting the vaccination drive are dismayed at the skepticism of many of their colleagues.

“I have often seen messages from anti-vax medics in WhatsApp groups, where they say that vaccines are dangerous,” Marat Kiyashev, a former surgeon at an Almaty hospital, told Eurasianet. “I studied at university together with some of them. We received the same teaching. It’s strange.”

Eager to avoid hesitation among educated medical specialists seeping into the wider population, the government has at times resorted to strong-arm tactics to create the impression of universal compliance.

Sporadic reports have surfaced from the regions of hospital managers pressuring staff to accept the jab. In video footage posted online February 3, a member of management at a polyclinic in the southern city of Taraz can be heard threatening an ambulance driver with dismissal if he declines vaccination.

The Health Ministry is attempting to flood social media with its own message to counter anti-vax sentiment. As the vaccination campaign began, healthcare workers in the East Kazakhstan Region were marshalled into posting messages with the #Вакцинаал (#GetVaccinated) hashtag.

But some of the posts reek of the kind of rehearsed language that is unlikely to persuade doubters.

“I willingly got the Sputnik V vaccine. It wasn’t painful at all. And the main thing is that it is safe,” Galina Chukurova, a nurse in the city of Semey, wrote in a message relayed on the state’s coronavirus crisis coordination website.

Such efforts look feeble against waves of organically generated anti-vax propaganda. One notable video circulated across WhatsApp groups in recent weeks featured an unidentified, Kazakh-speaking woman describing the supposed catastrophic consequences of inoculation. Recipients of the jab, she says, claiming to have received the information from a doctor acquaintance, suffer from numb limbs, “like a drug addict,” and convulsions. Others have circulated images of a baby’s back covered in a rash, purportedly the result of vaccination.

These concocted horror stories are not just influencing the converted.

“To begin with, I wanted to get the jab,” Kurmet Nurgaziyev, a hairdresser at a beauty salon in Almaty, told Eurasianet. "But the coronavirus vaccines have not been fully studied. We do not know what the consequences may be for our health. In other countries where vaccinations have begun, people are dying from it.”

The government has tried to quash this disinformation with a fact-checking website called Stop Fake. But this may be a case of the authorities reaping what they sow. Censorship and obsessive attempts by the Kazakh government to restrict information diverging from the official line has created an ideal ecosystem for rumormongering on untamable messaging apps. Operations like Stop Fake, which mimic grassroots analogues, look especially hapless.

In November, Demoscope, an Almaty-based pollster, asked 1,100 people across Kazakhstan whether they wanted to be vaccinated. Only 14 percent gave an unqualified positive response. Forty-five percent said they did not want the jab.

Another pollster, BISAM Central Asia, which collaborates with Gallup International, offered more upbeat findings from a January survey, although it gave no details about the scope of its poll. Its survey found that 56 percent of people questioned were going to accept the vaccine when offered.

Changes in attitude may be compounded further by officials providing a good example. This too is a story of two halves.

Deputy health ministers Yerlan Kiyasov and Azhar Giniyat, were filmed being given the Sputnik V jab in early February. Ignoring advice from doctors to rest for half an hour after getting his injection, Kiyasov immediately rushed to waiting reporters to share the news.

But gaffe-prone Health Minister Alexei Tsoi has provoked raised eyebrows by declining so far to take the Sputnik V vaccine. When questioned about this, he has claimed he is waiting for Kazakhstan’s own QazCovid-in, which is still under development and likely many months away from approval.

He is in good company. President Tokayev is likewise patriotically waiting for QazCovid-in to arrive.