Confusion and contradiction are at the heart of the government’s counter-disinformation strategy. 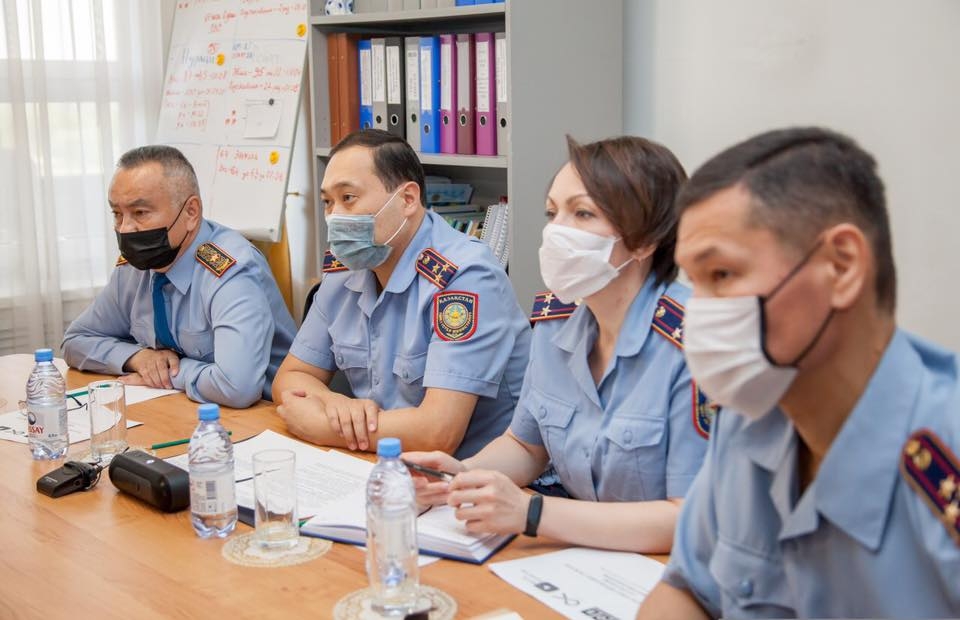 Did Duman Aitzhanov, an obstetrician from Almaty, tell the truth?

Police did not think so back in January. Days after Aitzhanov sent his friends a self-filmed video in which he claimed to have learned of at least 70 coronavirus infections, the 39-year-old was hauled into a police precinct to produce a public apology.

“I heard about this in passing and rushed to warn my friends,” a weary-looking Aitzhanov says to camera while handcuffed to a policeman sitting beside him. “I apologize to the republic and to the people.”

It was not until March 13 that the first COVID-19 case would be officially reported in Kazakhstan.

After Aitzhanov was arrested, the head of police in Almaty, Serik Kudebayev, said that ignorance of laws on disseminating false information did not absolve citizens from criminal liability.

But in mid-June, the story changed. Aitzhanov’s case was dropped. His lawyer said the police had determined that no crime had in fact been committed. Whether this means that the authorities now admit coronavirus was present in Kazakhstan in January is unclear.

This tale captures in a nutshell the confusion and contradiction at the heart of the counter-disinformation strategy that has run in parallel with the government’s war on the coronavirus itself.

The peak of the coronavirus outbreak arrived in July. After apparently initially managing to contain the rate of infections, the government relaxed its lockdown regime, which immediately triggered a new spike as people reverted to their previous socializing lifestyles. A subsequent lockdown looks to have had the requisite effect, if the official figures are to be believed. Government critics are skeptical on this front, though.

Inasmuch as such things can be measured, the spread of disinformation and anxiety also saw a sequence of sharp upticks.

Adil Jalilov, head of the Factcheck.kz project, said the volume of false information circulating in social media and on messaging apps has ballooned dramatically in recent months.

“It is virtually an endless daily stream. We are forced to prioritize by choosing high-profile, socially important topics. The overwhelming majority of cases is concerned with the pandemic in one way or another,” Jalilov told Eurasianet.

Paradoxically, it has at some stages been the lack of concern, enabled by a lackluster public information campaign, that has caused problems.

Even after it was known that COVID-19 had arrived in Kazakhstan, a conspiracy theory was doing the rounds claiming that the entire pandemic was a hoax. One video disseminated via messaging apps purported to show empty corridors in Italian hospitals as proof that governments around the world were lying to their citizens.

Aliya Kanapyanova, a resident of Almaty, told Eurasianet that she too was initially skeptical.

“I didn’t believe the authorities and asked my friends and colleagues if they had any acquaintances infected with the coronavirus. They all said no. It seemed strange to me,” Kanapyanova said.

When Kanapyanova watched a number of videos talking about a "worldwide conspiracy,” her doubts hardened.

“I probably just wanted to believe myself that this was not true,” she said.

Once the reality of the COVID-19 crisis became undeniable, however, the conspiracy theorizing pivoted wildly in the opposite direction.

One example was a Facebook message posted on July 10 with a video showing an airplane spraying a mysterious red substance in the desert.

“They’re saying it's in Mangystau [in western Kazakhstan]. I wonder what they’re spray there?” the accompanying caption reads, implying some kind of sinister plot.

Around the same time, anonymous voice recordings spread across messaging apps warning people that the government was supposedly spreading a virus and other harmful substances using airplanes and helicopters.

These associated claims circulated so widely that the Interior Ministry felt compelled to issue a statement stating the original Facebook post actually showed a fire-fighting air tanker in the United States. The ministry then said it was initiating another investigation into the dissemination of false information.

Meanwhile, the chronic shortage of much sought-after, fever-busting medicines led to the proliferation of claims about bogus miracle remedies.

A notable example was a contraption dubbed the “bulbulator.” This was, in effect, something akin to a bong. One widely shared video showed an elderly couple setting light to a substance in a plastic bottle and inhaling the resultant thick white smoke. The woman breathing in the smoke explains that the substance is a herb called adraspan, which is the local name for a herb called peganum harmala.

“When you breathe it in, it stings a little, but it cleans everything up and protects you from illnesses,” the woman says, coughing away.

As it happens, Turkmenistan’s president has eagerly recommended the same herb, which the Turkmens call yuzarlyk, to his own citizens.

Elsewhere, word spread that horseradish might be a cure for COVID-19. This rumor caused a surge in the price for the vegetable at bazaars. Owners of garden plots were in some cases forced to stand guard over their horseradish crops night and day as stories circulated about untended plots being raided.

Coronavirus has been a boon for unscrupulous grifters.

“Some people are spreading fake information for profit. For example, they talk about some unique treatment, such as a virus blocker, because they are selling it themselves,” Jalilov said.

Then there are those who just seem to get a kick out of going viral.

“They get a fact, take it out of context, give it an extra spin and then spread it,” Jalilov said. “They get this illusory feeling of power.”

Elmira Otar, a professor of sociology at the Eurasian National University in Nur-Sultan, believes a lot of the fakers and spammers tend to be older and unable to independently determine the accuracy of this or that claim.

“Kazakhstanis, especially of the older generation, who grew up in Soviet times, have not had an education in critical thinking,” Otar told Eurasianet.

The government’s own clumsy information campaigns have not helped much.

The Information and Public Development Ministry in July launched a website called stopfake.kz, not to be confused with the independent operated Factcheck.kz. Site administrators urge visitors to report any suspicious information and pledge to "find out the degree of its fakeness.”

But the website is suspiciously laser-focused on scotching allegations that put the government in a bad light. It has, for example, reported on fake social accounts purporting to belong to President Kassym-Jomart Tokayev, as well as extended members of former President Nursultan Nazarbayev’s family, such as his daughter Dinara and her billionaire husband Timur Kulibayev. It has also contradicted reports on illegal behavior by police and failure by the government to issue coronavirus crisis-related cash benefits.

Jalilov is exasperated at what looks like a clone of his own project.

“State fact-checking is basically an oxymoron. It is a shame for government funds to be spent in this way.”