Nancy Pelosi is the highest-ranking American official ever to visit Armenia, and it came at a critical time during the country’s conflict with Azerbaijan. 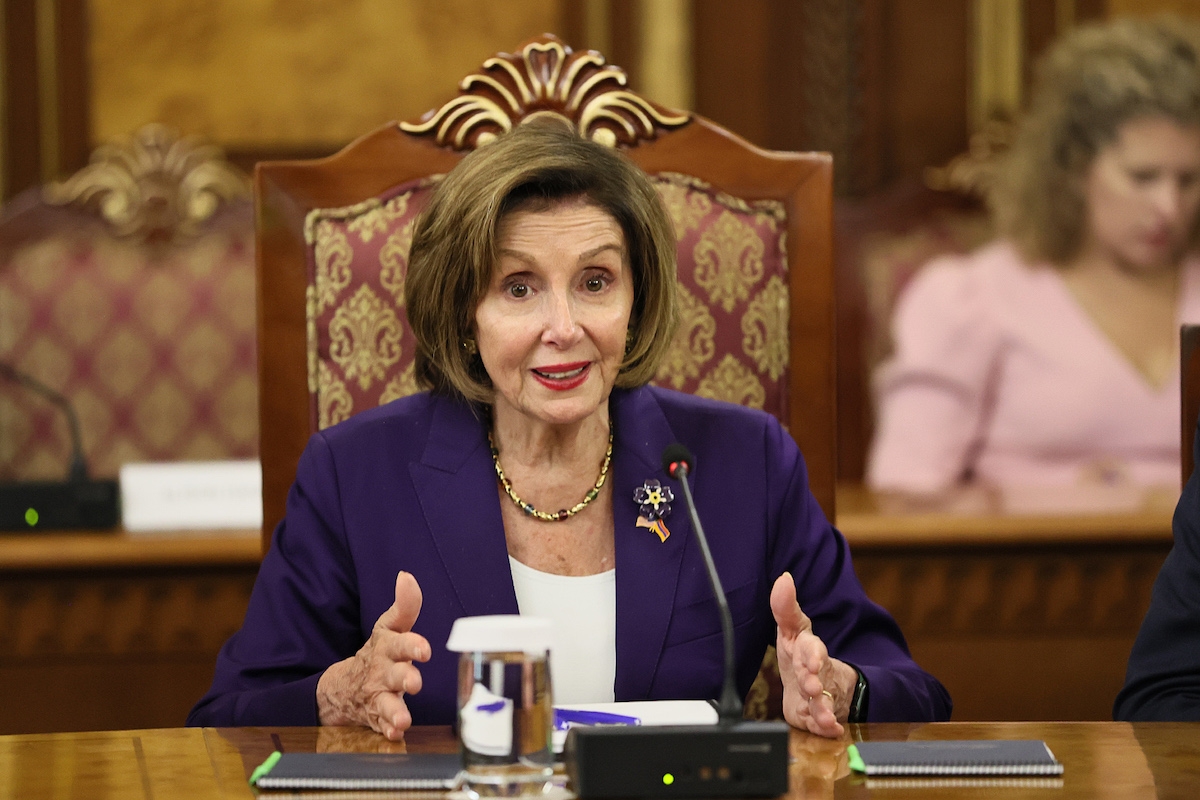 A senior member of the United States Congress visited Armenia and offered the country her full-throated support amid ongoing tensions with Azerbaijan. The visit cheered Armenians, enraged official Baku, and raised questions about the prospect of a broader shift in U.S. policy towards the conflict.

Nancy Pelosi, the speaker of the U.S. House of Representatives, said her visit had been planned long before the recent escalation between the two sides. Many of her remarks appeared to be aimed at bolstering “Armenian democracy” and the fruits of the Velvet Revolution that brought the current government to power, suggesting that was the original agenda of the trip.

But the timing of the trip was significant, as it happened to be during the period of greatest tension between Armenia and Azerbaijan since the war between the two sides in 2020, and during a period of geopolitical tumult. Azerbaijan has been making unprecedented attacks on Armenian territory (most of the decades-long conflict has, until the last week, taken place on territory internationally recognized as Azerbaijani). And the authority of Russia, Armenia’s key security guarantor, appears to be waning as it suffers military setbacks in Ukraine.

In this fraught environment, Pelosi’s strong statements in support of Armenia were far less balanced than statements by American officials on the conflict tend to be, and prompted much geopolitical speculation.

In a press conference, Pelosi condemned what she described as “illegal and deadly attacks by Azerbaijan” on Armenia several days earlier. “Make no mistake: this assault is unacceptable,” she said.

She also broached the prospect of greater American security assistance, though she remained noncommittal. “On the defense side, we are listening,” she said. “Rather than coming and saying this is what we are prepared to do, we are listening to what the needs are.” During the trip she added a meeting with Defense Minister Suren Papikyan, which had reportedly not been part of the initial agenda.

She also took thinly veiled shots at Russia, Armenia’s chief ally, presenting Moscow as an unreliable ally, and hinting that Armenia would be better off on the U.S.’s side.

Pelosi traveled along with several other members of Congress, who mostly represent areas with large Armenian-American populations and who are regular visitors to Armenia. She appeared at the press conference along with the other members when they were asked about the U.S.’s position vis-a-vis the Armenia-Russia alliance.

The U.S. understands that “Armenia is part of this security arrangement with Russia,” said Representative Frank Pallone. “We’re not suggesting (changing) anything about that. What we’re saying is, the United States is very concerned about Armenia’s security, (and) we want to do anything we can to be more supportive.”

Pelosi, though, took a more direct shot at Moscow, which has disappointed Armenians by failing to offer robust military aid in the face of Azerbaijan’s attacks. “It is interesting that they got fact-finders and not protection from that relationship [with Russia]. We’ll see what happens next,” she said.

She framed Armenia’s Velvet Revolution in 2018 as a win in the global battle of democracy vs. autocracy, and offered that “we want to be helpful in discreet ways.”

It is not clear to what extent Pelosi’s visit was representative of U.S. policy more generally. Earlier this year she made a comparable visit to Taiwan, apparently a freelance affair that was opposed by the White House and the Pentagon for its potential of disrupting the precarious relationship with China.

That Pelosi traveled with the cohort of strongly pro-Armenian members of Congress – including Pallone and representatives Jackie Speier and Anna Eshoo – suggested the lack of an administration imprimatur. But Pelosi nevertheless referred to herself several times as the “third highest-ranking official in the U.S.” and was accompanied on her meetings by U.S. Ambassador to Armenia Lynne Tracy.

“I don't think Pelosi's visit or statements were helpful to reduce these very dangerous tensions, but are a sign of support,” said Paul Stronski, a senior fellow in the Russia and Eurasia Program at the Carnegie Endowment for International Peace in Washington, DC. He suggested this was more her personal initiative than indicative of a larger U.S. policy shift. “Similar to the Taiwan visit, I see this as a Pelosi attempt at legacy building for causes she has long supported,” he told Eurasianet.

The U.S. embassy in Yerevan referred questions about the trip to Pelosi’s office.

Armenians were nevertheless grateful for the high-level attention, and the international media spotlight to the conflict, that Pelosi’s visit brought.

“We appreciate the clear position of the USA regarding Azerbaijan's aggression against Armenia,” Prime Minister Nikol Pashinyan said after a meeting with Pelosi. “Of course, clear formulations of the U.S. Government is appreciated.”

During Pelosi’s visit, several pro-U.S., anti-Russia demonstrations were held across Yerevan. Participants waved flags of the U.S., Armenia, and Ukraine, and held signs disparaging the Collective Security Treaty Organization, the mutual defense pact which is supposed to oblige Russia to come to Armenia’s defense in case of external invasion but which has only feebly responded to this latest flare up.

“The U.S. is getting here faster than Russia, what else does Russia need to do to us so that we finally understand that it is just feeding us to the dogs?” one demonstrator, Hayk Karapetyan, told Eurasianet. Another protester, Anna Sargsyan, added: “I was never pro-anything, this is just being pro-Armenian, we need weapons and support. They are not coming from Russia so they should come from somewhere else.”

But skepticism of U.S. interest in the region remains high among Armenians. “In reality, the U.S. cannot offer anything other than the ill-fated American dream,” analyst Edgar Elbakyan told RIA Novosti. “They can offer security guarantees in words, but these are meaningless.”

The visit occasioned a sharp reaction from Baku. “The statement made by ... Pelosi during her visit to Armenia … which distorts the situation in the region, is deeply regrettable. Groundless and unfair accusations made by N. Pelosi against Azerbaijan are unacceptable,” Azerbaijan’s Foreign Ministry said in a statement.

It appeared to be referring to her mention of “illegal and deadly attacks,” as the MFA statement reiterated Baku’s claim that Armenia had provoked the escalation (a claim for which it has yet to offer any evidence). It accused Pelosi of falling prey to “Armenian propaganda” and called her visit “a serious blow to efforts to normalize relations between Armenia and Azerbaijan.”

U.S. Secretary of State Anthony Blinken, who has been in regular contact with the leadership of both countries during the crisis, spoke to Azerbaijan President Ilham Aliyev the evening of September 18. He said he “urge[d] a disengagement of military forces and a return to peace negotiations.”

A former U.S. ambassador to Azerbaijan, Richard Kauzlarich, said Pelosi’s rhetoric would set back diplomacy between the two sides. “Considering the anti-Azerbaijani rhetoric in the media coverage of the trip, it will complicate the diplomatic process,” Kauzlarich told BBC’s Azerbaijani service. “It will not change anything with regard to either Azerbaijan’s or Armenia’s alliances with Russia,” he added.

Russia’s response to Pelosi’s trip was more measured but still critical. “Everything that is not in words but in deeds, not noisy or populist, but quietly and in a businesslike manner encourages the normalization of relations, the stabilization of the situation on the border, can only be welcomed,” said Dmitriy Peskov, spokesperson for Russian President Vladimir Putin, in a September 19 press conference. “Can these loud statements and actions really facilitate this normalization? We will see, everything will be clear in time.”