The concessions appear to resolve what had been Armenia's most significant political crisis since the “Velvet Revolution” in the spring. 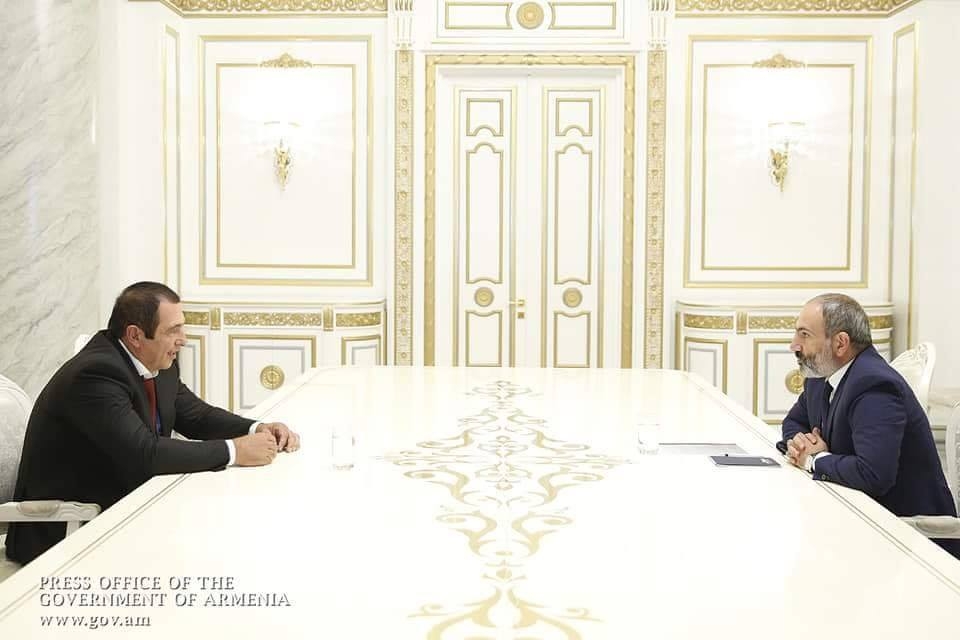 A political crisis in Armenia appears to have been averted as Prime Minister Nikol Pashinyan reached an agreement with the head of a major party to hold elections in December.

Oligarch Gagik Tsarukyan, the head of Prosperous Armenia, met with Pashinyan on October 8 and signed a memorandum pledging his support to snap elections in December. That reversed Tsarukyan's stance from a week earlier, when he joined with Pashinyan's primary foes, the Republican Party of Armenia, to block a move toward early elections. Pashinyan called the apparent betrayal a “counter-revolution” and called his followers into the streets.

But all seemed forgotten when the two met in front of cameras at Pashinyan's office. “I am ready for discussions,” Tsarukyan said. “The people want it [early elections], there is a need for it... let them be safe and calm so people can vote for the party they want.”

Tsarukyan's about-face was preceded by comments by one Republican Party member of parliament, Gevorg Kostanyan, that he would support early elections. A series of fellow party members joined him; by the end of October 9, sixteen Republicans out of the party's 50 representatives in parliament had joined him.

One of them was Knyaz Hasanov, a Kurdish community leader and Republican Party MP, occupying one of the four seats set aside for ethnic minorities. "We came to the parliament with our community’s national minority quota; at the time the authorities were Republicans, today the power has shifted,” Hasanov said. “We respect the Armenian people and respect our people and we believe that we stand on the same path."

Some Republicans, including the party leadership, remained holdouts. "Going to snap elections in December is a dangerous step," said Vahram Baghdasaryan, head of the Republican faction in parliament. “As a result, we can have a one-party National Assembly."

The other party in parliament, the Armenian Revolutionary Federation, also reiterated its opposition. "We believe that mutual trust between political forces is much more important than signing any document. If it is necessary for further discussions, we are also ready to discuss this option [signing a memorandum] but today it’s not on our agenda,” Arsen Hambardzumyan, a member of the party's leadership, told RFE/RL.

Trust is in short supply in Armenian politics, after Prosperous Armenia and ARF effectively abandoned Pashinyan by voting on October 2 for a technical amendment that would have made it difficult for him to call snap elections. That resulted in about ten thousand Pashinyan supporters coming to the parliament to demand early elections and seemed to augur a deeper conflict, a danger that now seems to have abated.

The two parties are known for their shifting loyalties, however, and so Pashinyan was probably wise to get Tsarukyan's commitment on paper.

Tsarukyan appeared to try to disavow responsibility for his party's vote the week before: A spokesperson for the party, Iveta Tonoyan, explained on October 5 that Tsarukyan was out of the country when the bill came up, and that he was looking forward to “getting acquainted with the recent vote and the events that followed.”