The former president said he won’t take his seat because he’s “a man of the executive branch,” but he’ll continue to lead his bloc outside parliament. 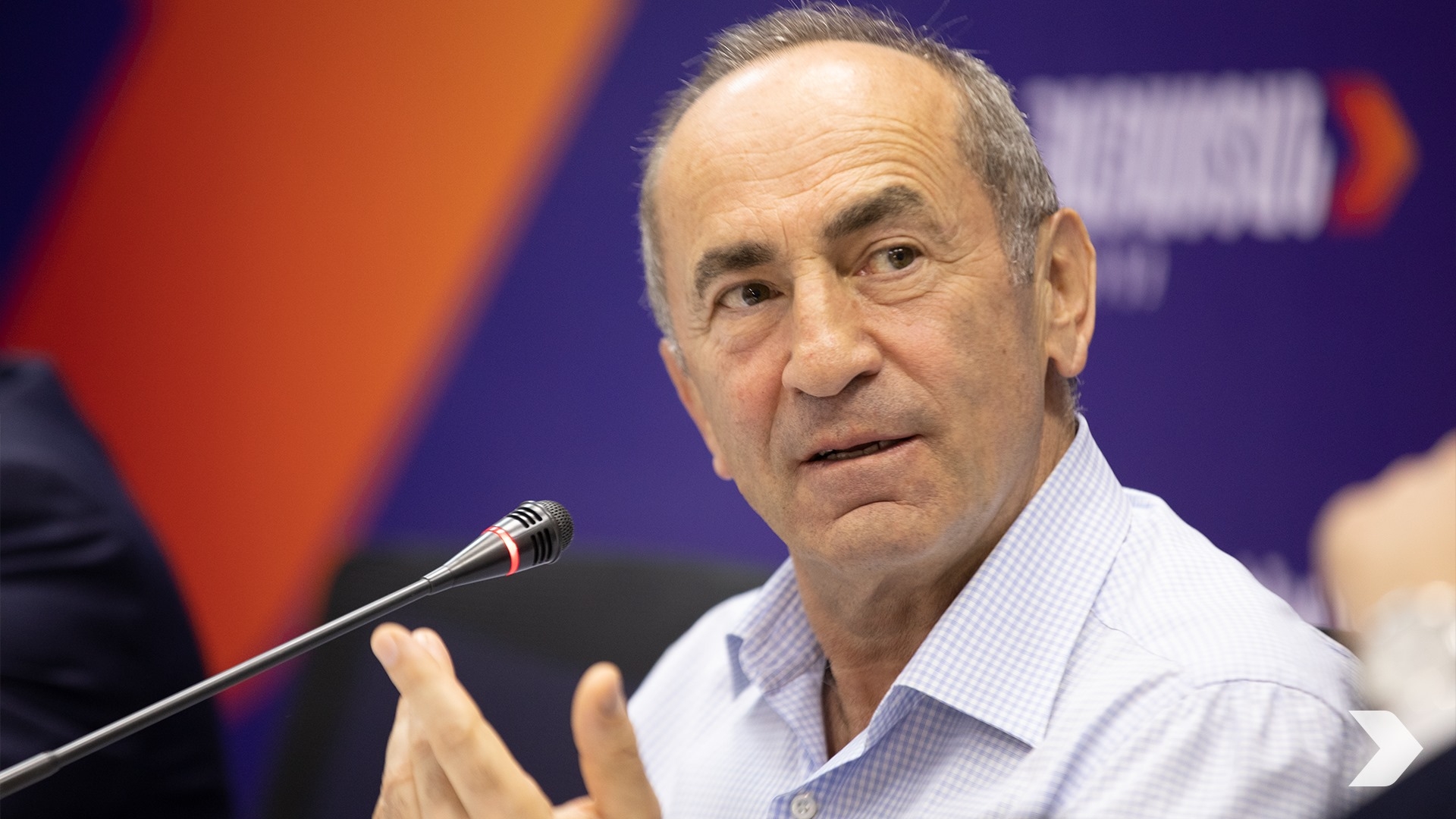 Former President Robert Kocharyan, the leader of the second-place bloc in last month’s elections in Armenia, will not take his seat in parliament, he announced.

Kocharyan explained the decision in a July 19 post on the Facebook page of his Armenia Alliance. “I have always been a man of the executive branch,” he wrote.

He claimed that the move was one demanded by “thousands” of his supporters, who following his career as the de facto leader of the unrecognized Nagorno-Karabakh Republic and then of Armenia, felt that “I should not be tempted by a deputy's mandate,” he wrote. “After all, people voted for me as the Alliance's candidate for the post of prime minister.”

The 66-year-old ex-president ruled Armenia from 1998 until 2008, and after stepping down, he disappeared from public life. He left Armenia and, since 2009 has served on the board of directors for Sistema PJSFC, one of Russia's largest investment companies. He came back to run in snap elections, positioning himself as stronger on security than Prime Minister Nikol Pashinyan, who led Armenia through the catastrophic defeat in last year’s war with Azerbaijan.

But the Armenia Alliance he led finished a distant second, a result that the Constitutional Court upheld in a July 17 ruling following a challenge by opposition parties.

The court ruling allows the Central Election Commission to distribute the mandates. According to the final results, Pashinyan’s Civil Contract will get 71 seats, and the Armenia Alliance 29. The final seven seats will be taken by the I Have Honor bloc, led by former top security official Artur Vanetsyan and backed by another former president, Serzh Sargsyan.

The first session of the new parliament is scheduled for August 2.

The two opposition forces had initially floated the idea that they would not accept their mandates, and have not formally announced their intention to do so, but Kocharyan has already made it clear they would in fact enter parliament. In his July 19 statement, he said he would continue to lead the Armenia alliance. "I will contribute to the victories we expect in the future through consistent hard work,” he wrote.

Meanwhile, the ruling party has said that the speaker of the previous parliament, Ararat Mirzoayan, will not run for the post again. The party has instead put forth another close Pashinyan ally, Alen Simonyan, who was deputy speaker in the previous parliament. Simonyan also has been Pashinyan’s point man in negotiations with Russia since the signing of the ceasefire statement that ended the war in November.

Candidates for the deputy speaker position include Hakob Arshakyan and Ruben Rubinyan, said Hrachya Hakobyan, Pashinyan's son in law and an MP in Pashinyan’s alliance. Cabinet members for the new government also have yet to be announced. “Discussions on the candidates for members of government are in progress, but I can't say who will be appointed,” Hakobyan told RFE/RL.