The song used verses from the Koran, resulting in death threats from some religious Azerbaijanis. But the singer says he quoted the book respectfully. 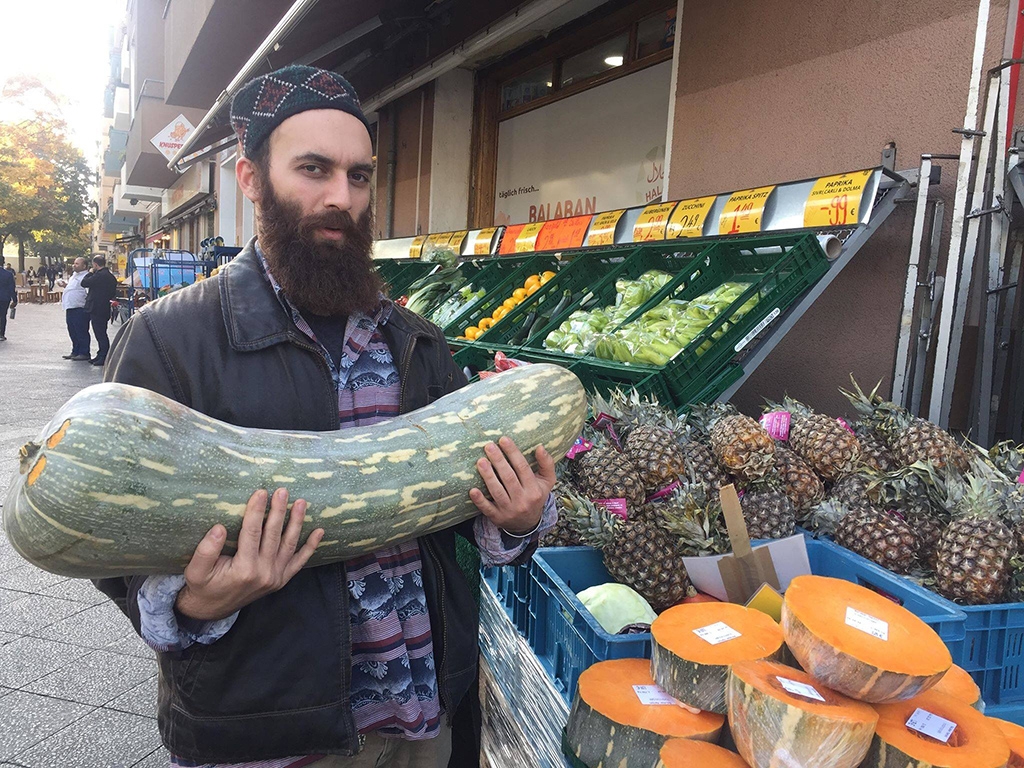 Jamal Ali, a Berlin-based Azerbaijani indie rocker with opposition political views, is used to getting into trouble with the authorities. Now, though, he has run afoul of pious Muslims, raising concerns among many secular Azerbaijanis about the rising influence of Islam in the country.

On June 26, Ali released a new song, “Bismillah,” the lyrics of which were taken from the Koran. Within a matter of hours, the video on YouTube had received thousands of angry responses from Azerbaijani Muslims who assumed he was mocking or disrespecting their faith, including calls to murder Ali. “Stay in Berlin, or anywhere else, because you insulted Islam and the word of God and your unclean blood must be shed,” read a typical one.

“[T]he Muslim bros reported my page, 24 hours no Insta for me, but soon I’ll be back,” Ali wrote last month on his Soundcloud page, where the song remains available. (He was optimistic; his Instagram account ended up being suspended for nearly a month.)

Although Ali is not religious himself, he attended the elite Turkish Lyceum in Baku where he took classes in Arabic, the history of religion, and recitation of the Koran. “Bismillah” is actually a cover of a song by a Baku-based band, Tengri, and it was first recorded in 2009 with no controversy.

“I fell in love with ‘Bismillah’ immediately, back then in 2012 when I played for some time with Tengri in Baku. I had a feeling that those guys had stumbled upon something amazing, but that it wasn’t quite complete,” Ali told Eurasianet. Eventually he tried experimenting with different verses from the Koran for the lyrics, “and it came out very naturally,” he said.

He and his music have been attacked in the past, though usually for his criticism of Azerbaijan’s government.

Ahead of the Eurovision Song Contest in 2012, which Baku hosted, Ali released a song whose video depicted his earlier arrest and police beating for performing a song criticizing President Ilham Aliyev. He fled to Germany shortly thereafter, where he has lived since. In 2014 he wrote a song dedicated to youth activists who had been arrested and in 2016 another song about two leftist activists who spray-painted a monument to Aliyev’s father and predecessor, Heydar, for which they were sentenced to long prison terms. The release of that song resulted in Ali’s family members in Azerbaijan being interrogated by police.

While the government hasn’t weighed in on Bismillah, several pro-government media have recently claimed that Ali has been cooperating with diaspora Armenians during clashes between the two communities following a renewed outbreak of fighting between Armenia and Azerbaijan.

“This isn’t the first time I have gotten threats,” he told Eurasianet. “I try not to take them too close to heart. Usually, people get angry, then cool down, go home, and go back to watching TV.”

The threats over Bismillah, however, have renewed discussion about the role of Islam and secularism in Azerbaijan.

The song, and its removal from YouTube and Instagram, were actively debated on social media and soz6, a discussion forum popular among young, educated Azerbaijanis, where secular Azerbaijanis discussed what they saw as the threat from intolerant believers. The threats against Ali “showed how attached people still are to their spiritual beliefs,” one soz6 user, qirmizi_baron, wrote. “There are people who will cut off the heads of those they do not like if they have the chance. They don’t see how much damage they are doing to religion themselves.”

Bismillah and the controversy around it “allowed us to understand where we are as a society, to understand the level of tolerance in the society,” historian Tural Hamid told Eurasianet.

“The vast majority of the population is sensitive to religious issues,” and even many people who aren’t religious themselves “do not accept criticism of religion,” Hamid said. “The main reason is that all the non-Azerbaijanis [primarily non-Muslims like Russians, Armenians, and Jews] left after the 1990s, and with the deteriorating economic situation, society became more conservative and more religious.”

Public debates over threats to secularism arise regularly in Azerbaijan; in 2017 a controversy erupted after new school textbooks were published that cited the Koran to describe how the universe was created. (The most contentious passages were removed as a result.)

To some, Ali’s case recalls that of Rafiq Tagi, who in 2006 wrote an essay criticizing Islam and Mohammed. Over 100 people in the conservative Shia town of Nardaran demonstrated, demanding he be killed, and an Iranian cleric called for his death. In 2011, Tagi was knifed in a parking lot near his home in Baku by unknown people. (He died four days later in the hospital. No one has been prosecuted for his death.)

But Islam’s influence on politics is still marginal. Data on Azerbaijanis who support political Islam is difficult to find, and the state has not allowed the formation of an Islamic political party. A large portion of the political prisoners that Azerbaijan currently holds are religious activists, including Movsum Samadov, the head of the Islamic Party of Azerbaijan who has been in prison since 2011, and Tale Bagirzade, the founder and head of the Muslim Unity Movement, a Shia group that calls for democratic reform and religious liberties.

“Supporters of the secular political system are dominant in Azerbaijan, including among believers,” said Kanan Rovshanoglu, an analyst of religious affairs. “All polls show a very small number of pro-Sharia people; even religious activists who are active in political and social issues do not support Sharia [Islamic law],” he told Eurasianet.

Ali says his critics have misunderstood him.

“People know me for my provocative actions and songs, so they thought ‘Oh my God, this time he wants to destroy his religion,” he said. “I don’t think one song can end a religion, especially one like Islam, but it has been interesting to see where we are today. And it’s always good for our people to think a little bit.”