The Dialogue of Civilizations Research Institute is also targeting India. 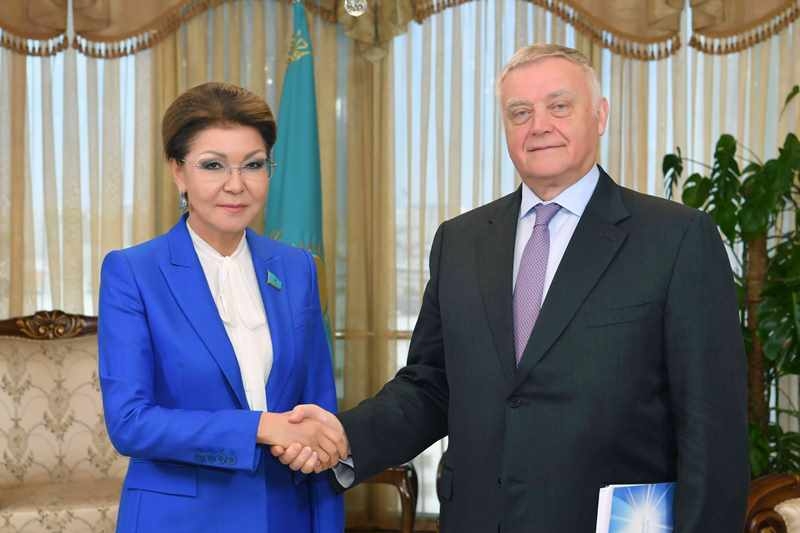 A Berlin-based outfit with close links to a Russian oligarch under Western sanctions is expanding its activities in Central Asia and China.

The Dialogue of Civilizations Research Institute (DOC) styles itself as “a think tank that researches and develops proposals that address key challenges faced by the international community.” Its sources of funding, however, are opaque. An investigation by the German news outlet Deutsche Welle found that the institute’s primary funding sources were close to the Kremlin, in partic­ular Vladimir Yakunin, a former top operative in the Soviet security services. The DOC also has satellite offices in Moscow, Vienna and New Delhi.

Although it proclaims to be an “independent platform for dialogue,” it doesn’t take much digging to find Kremlin ties. Not only did Yakunin found and fund the organization, but he still acts as the chairman of the supervisory board. As one German newspaper detailed, the DOC was set up to “become the headquarters of a worldwide network of Russian think tanks,” in which Yakunin and his allies would “make the Russian view of the world popular.” Experts on Russian influence operations have described the DOC as everything from “the Kremlin’s main propaganda ‘factory’ in the West” to a “KGB team-building” exercise.

Until last year, much of DOC’s time and energy had been devoted to cultivating Western political figures and experts – including with an annual conference it sponsors in Greece, the Rhodes Forum – to help build and legitimize the entity’s reputation as a source of expertise. Politico has described the Rhodes Forum as the “Putin adoration society.”

Sitting on the group’s supervisory board alongside Yakunin is a former Kyrgyz prime minister, Joomart Otorbayev. A number of Chinese nationals also join Yakunin and Otorbayev in the group’s leadership ranks, including Wang Huiyao, the president of the Center for China and Globalization, and Li Xin, the director of Russian and Central Asian Studies at the Shanghai Institute for International Studies.

Another member of the supervisory board (and reportedly a major DOC donor) is Ruben Vardanyan, who, in an investigation conducted by the Organized Crime and Corruption Reporting Project, was linked to the Troika Laundromat money laundering network.

Illustrating the group’s growing interest in Central Asia and China, the DOC organized a symposium in late 2019 at the Tajik National University in Dushanbe. The event examined regional “brain drain,” and brought together a “target group… made up of academics from Central Asia, with a special focus on young researchers.”

Other “partner organizations” listed by the DOC include Beijing University in China. The DOC also noted that the Rhodes Forum has “strengthened” the entity’s connections with the China Global Television Network (CGTN), a Chinese state-controlled broadcaster that is widely perceived as a key international vehicle to advance Chinese Communist Party policy priorities.

The DOC is also trying to make inroads into India. Not only has the group opened an office in New Delhi, but it held its first formal seminar in the country last year. The event, titled “India in a Changing World,” included former Indian Vice President Hamid Ansari and former Austrian Chancellor Alfred Gusenbauer.

Yakunin, the DOC’s impresario, is currently the subject of sanctions by a number of Western governments, including Australia, the United States, and Canada, in connection with Russia’s occupation of Crimea in 2014. A 2017 profile published by the Quartz news website described Yakunin as skilled in the art of “reputation laundering.”

Last August, Yakunin made a cameo appearance in the lengthy fifth volume of the bipartisan Senate Select Committee on Intelligence’s report on Russia’s meddling in the 2016 U.S. election process.

The paragraphs covering Yakunin in the report were heavily redacted. But amid the large squares of blacked-out text were a few nuggets. The report, for example, asserted that Yakunin, a former head of Russian Railways, was “significantly involved in Russian influence activities, including those targeting elections” in 2016. It went on to describe him as “a close confidant” of Russian leader Vladimir Putin.