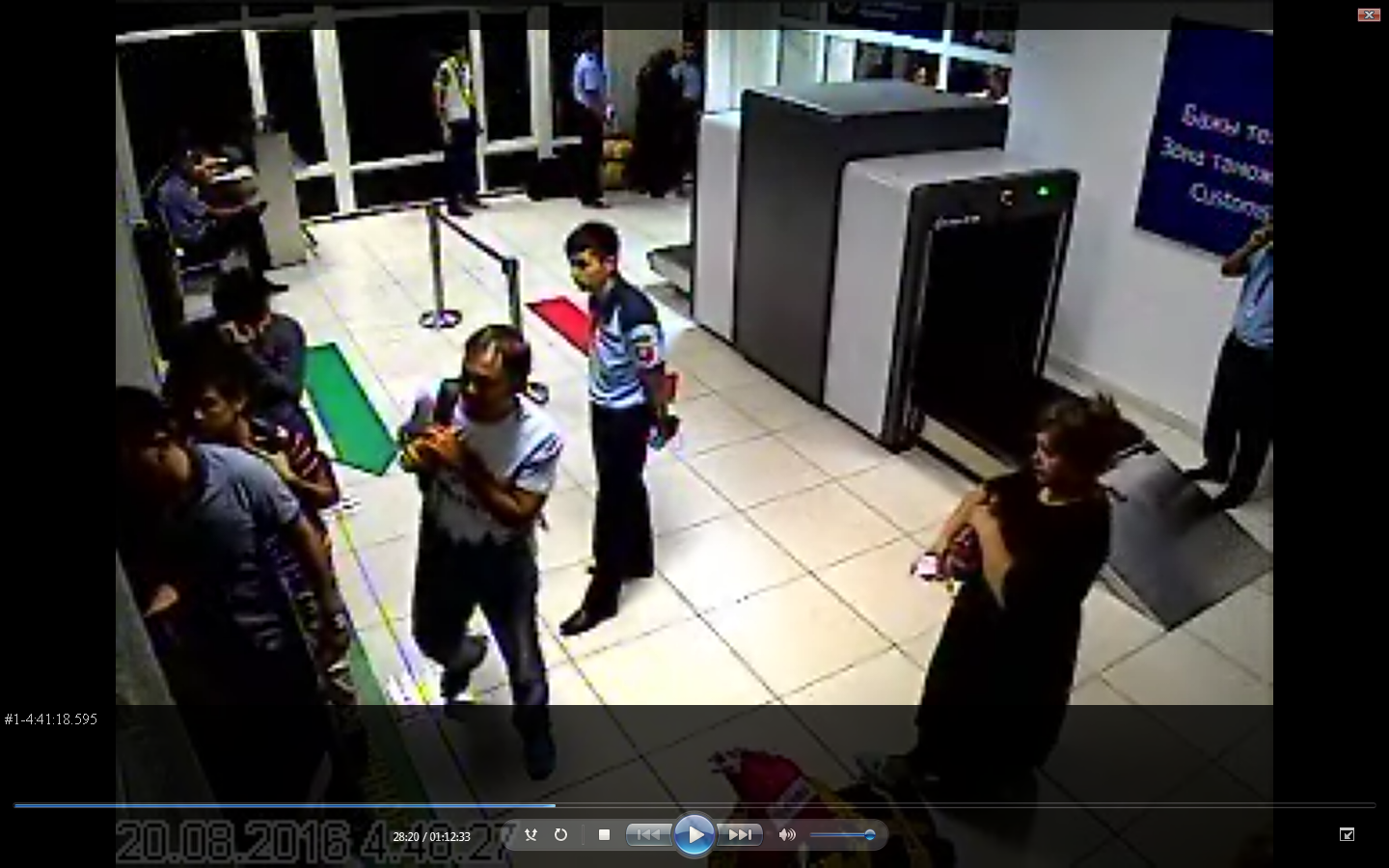 An image of the alleged suicide bomber who attacked the Chinese embassy in Bishkek last week, as he entered Kyrgyzstan on August 20 on an Istanbul-Osh flight. (photo: GKNB Kyrgyzstan)

Kyrgyzstan's authorities have released details of several people it accuses of organizing last week's attack on the Chinese embassy in Bishkek, describing an international plot involving Uzbeks, Kyrgyz, Tajiks, and Uighurs with connections to Turkey and Syria.

The State Committee on National Security (GKNB) identified the suicide bomber as a Uighur holding a Tajikistan passport who was a member of the Islamic Movement of East Turkestan. It wasn't clear of which country the man was a citizen or resident, or if the authorities knew the man's real identity.

The GKNB said that the attack was organized by "Uighur terrorist groups" based in Syria and allied with Tawhid wal-Jihod, an Uzbek-led group aligned with the al-Nusra Front.

The suicide bomber attacked the Chinese embassy on August 30 using a car bomb, killing himself and injuring three embassy employees. If it was in fact organized by Uighur groups, it would represent an expansion of the insurgency that some Uighurs have been carrying out in Xinjiang, the Chinese province across the border from Kyrgyzstan, in protest against the Chinese authorities repression against them.

The GKNB also identified the car used in the attack as having been bought by an Uzbek man born in Osh using a Tajikistan passport, Izzotillo Sattybayev. Satybayev, the GKNB said, has experience in urban warfare from Syria and flew to Osh in June to help prepare the attack, including by assisting the suicide bomber in preparing the explosive and guiding him around Bishkek. This part was a bit confusing, as just hours before this information was released the GKNB issued another release naming this person but identifying him as a native of Tajikistan, and without any connections to Uighurs or Syria. The second release said that Satybayev flew from Osh to Istanbul a few hours before the attack and is still at large.

Five alleged accomplices were arrested, all citizens of Kyrgyzstan but four of whom were ethnic Uzbeks (and the fifth was an ethnic Kyrgyz born in Uzbekistan). It also identified two other men, both ethnic Kyrgyz, based in Istanbul who allegedly assisted in the attack, including with financing.

China has significantly increased its economic activity in Central Asia over the last several years, as part of its "One Belt, One Road" program to build infrastructure links connecting China to Europe. An editorial on Monday in China's Global Times argues that the attack should force Beijing to expand its security cooperation efforts in Central Asia.

"China's interests in Central Asia have been increasingly threatened, and thus the Chinese government should strengthen its capability to guard its interests abroad," wrote Zhang Wenwei, a PhD candidate at the Institute of Russian, Eastern European and Central Asian Studies at the Chinese Academy of Social Sciences. "China should strengthen cooperation with other regional countries, and take full advantage of the Shanghai Cooperation Organization to fight against all forms of terrorism and thus ensure security and stability in the region."