The president’s visit to Batken was a missed opportunity for peacemaking, locals say. 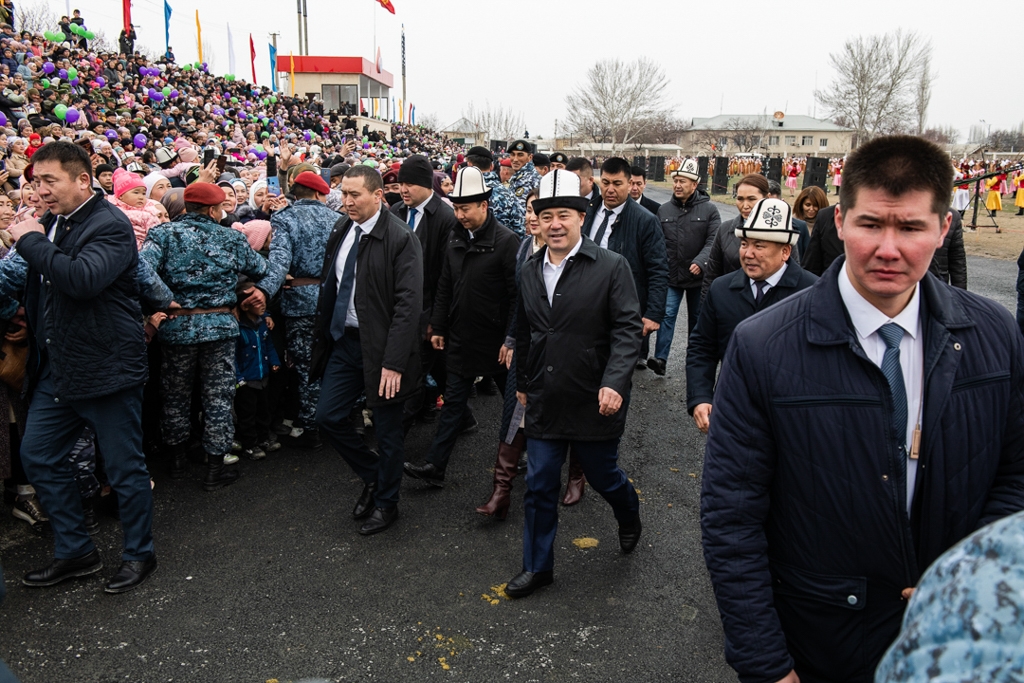 For many years, Nowruz brought together neighbors in Kok-Tash, a village of about 1,000 people on a disputed section of the Kyrgyz-Tajik border. Locals from both sides would gather near the mosque to celebrate the spring festival: schoolchildren dancing and everyone sharing giant portions of sumalak and plov, traditional Nowruz dishes.

Instead, Kyrgyz President Sadyr Japarov decided to visit the regional capital, Batken, pulling away Kyrgyz residents and, one local official complained on condition of anonymity, spoiling a chance to talk peace with their Tajik neighbors.

Kok-Tash was the sight of clashes between Kyrgyz and Tajik border troops last April that left dozens of civilians dead. Since then, there have been sporadic shootings, most recently on March 10. During a visit by Eurasianet this week, the village was eerily quiet. Raziya Osorova, the village leader, told Eurasianet she had to cancel local Nowruz celebrations because her bosses instructed her to attend Japarov’s made-for-TV celebration in the town of Batken, a half-hour away, on March 21. 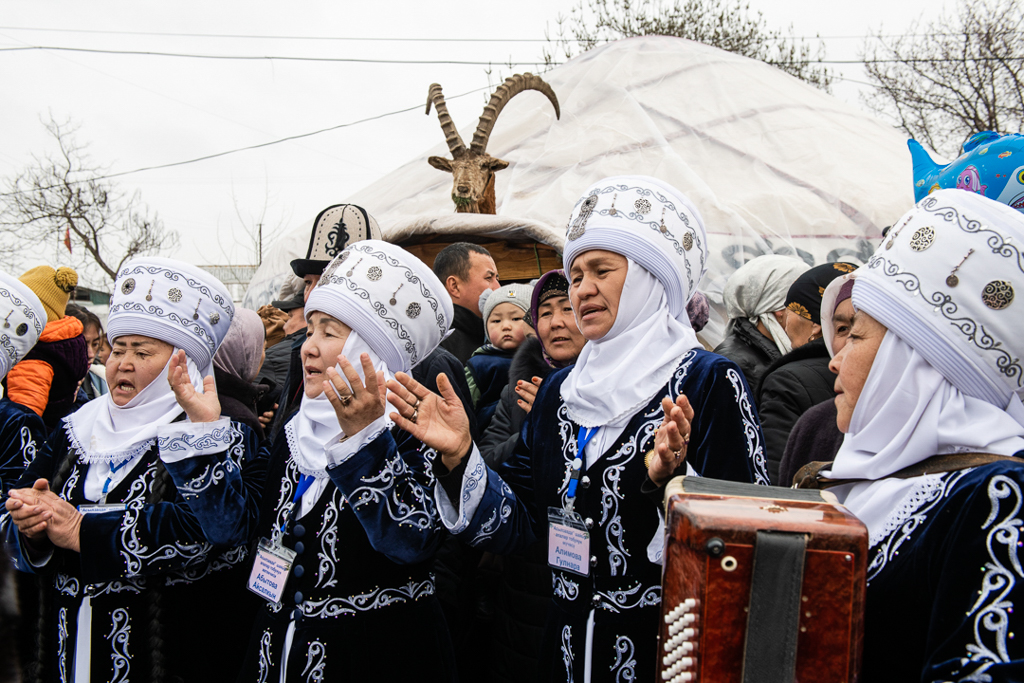 Ostensibly, Japarov was in the region to promote peace and reconciliation.

At the heart of the dispute is a 970-kilometer Soviet-era border that has been only half delineated; much of it passes through densely populated villages where ethnicity has, for 30 years, determined nationality.

"Let this year become a year of unity, cohesion and friendship of our people, as well as the year of development and perfection of Kyrgyzstan's achievements," Japarov said in his speech at the Batken stadium, which hosted wrestling matches, dancing, a local crafts exhibit, and a one-ton cauldron of sumalak – a porridge of caramelized wheat. 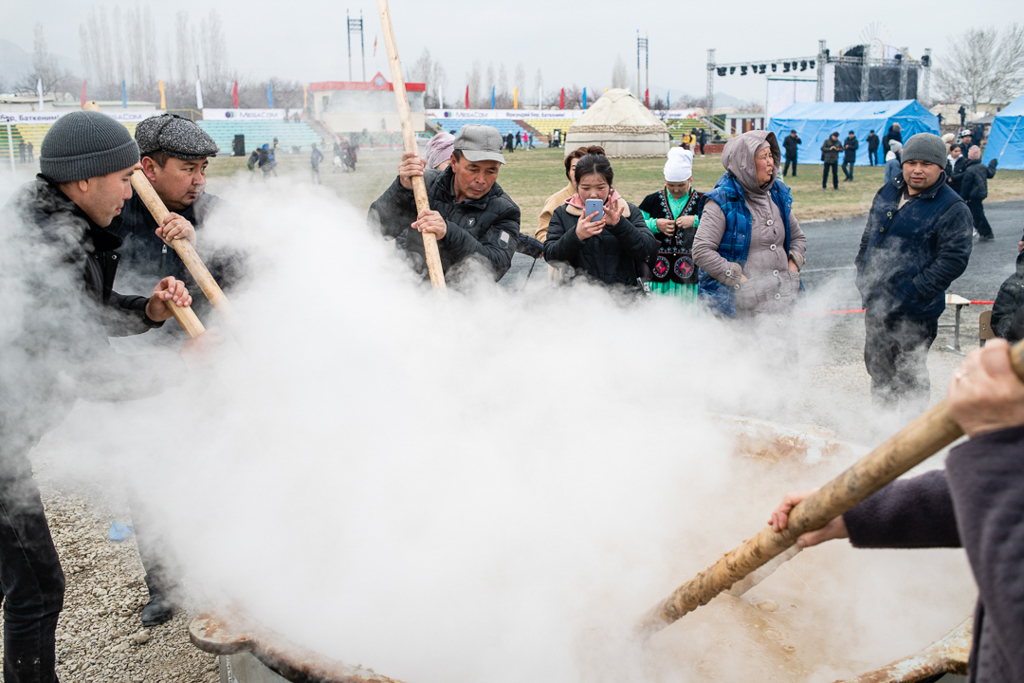 Yet outside the gates, men milling about complained they could not enter the stadium because it was overcrowded. Others grumbled that local authorities had laid fresh tarmac on the access road to the venue just a day before the president’s arrival, when more urgent local infrastructure needs are routinely ignored.

After the violence last year, Japarov promised to help the Batken region, Kyrgyzstan’s poorest, with economic development. Of a dozen people interviewed at random, only one said he was pleased. 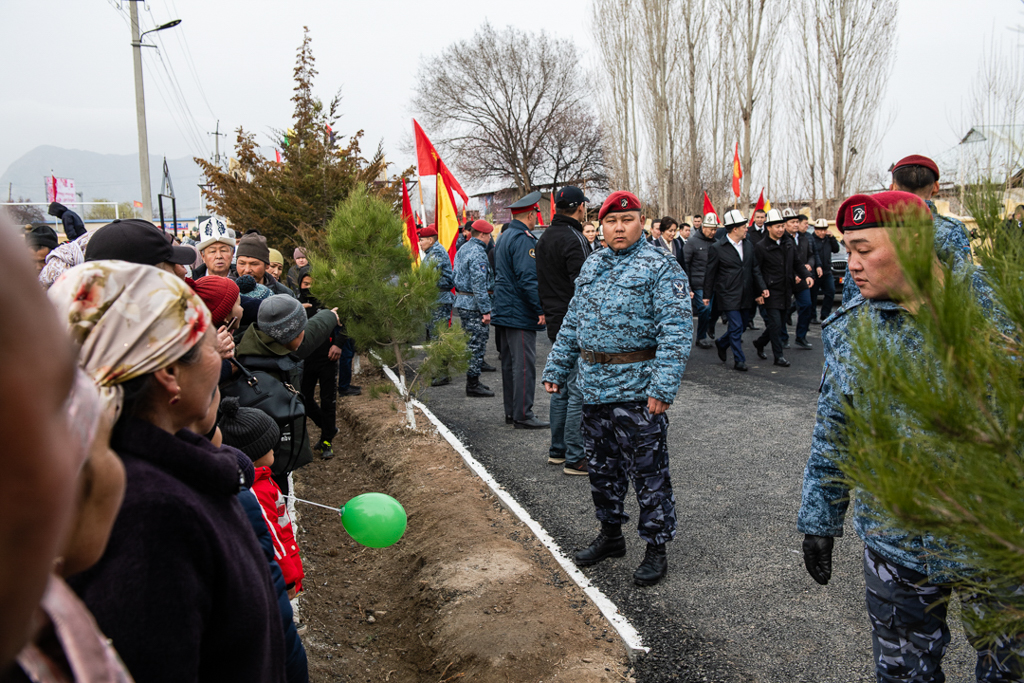 As for Japarov's promise to promote regional peace: Local authorities invited a delegation from Uzbekistan, but not Tajikistan.

Japarov also used his two-day visit to inaugurate a name change for the nearby town of Isfana, in the extreme southwestern corner of Kyrgyzstan, surrounded by Tajikistan. The town will henceforth be known as Razzakov after Iskhak Razzakov, the first ethnic Kyrgyz head of Soviet Kyrgyzstan, which he led from 1950 to 1961.

"The renaming of Isfana into Razzakov will be, without exaggeration, a boost for strengthening national ideology, raising the spiritual and moral upbringing of citizens into a new level, and strengthening the integrity of our state and unity of our people,” Japarov told the stadium crowd. 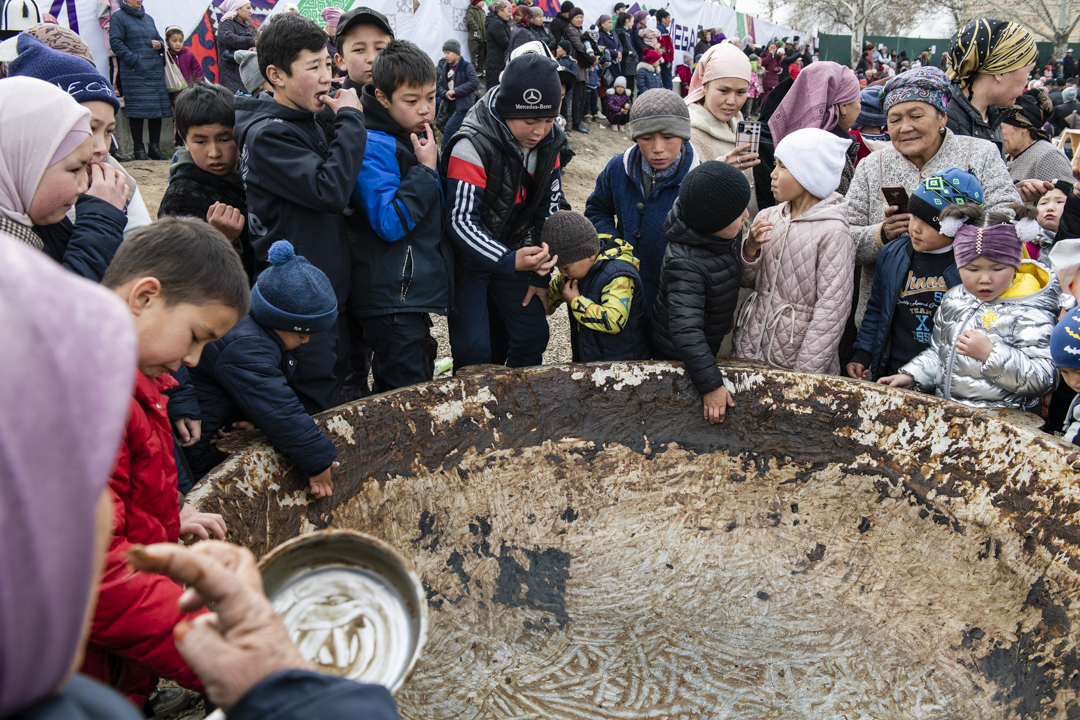 While the unambiguously nationalist gesture may help Japarov score points with ethnic Kyrgyz nationwide, locals fear it will further divide the isolated region. One official, speaking on condition of anonymity to criticize a move by the president, said that Isfana residents have long been proud of the town’s name and multi-ethnic heritage. He described how residents lovingly refer to their town as "Isfaniya" – a phonetic play on the local word for Spain, Ispaniya.

Japarov departed after the celebration, leaving many questions about what comes next for the region.

"The war is on everybody's mind," said Imamkadyr, a shopkeeper in Kok-Tash. "Many people moved away because they got tired of living in fear and distrust.”