While Bishkek’s air has always been bad, growing access to real-time measurements has compounded fears that it is getting rapidly worse. 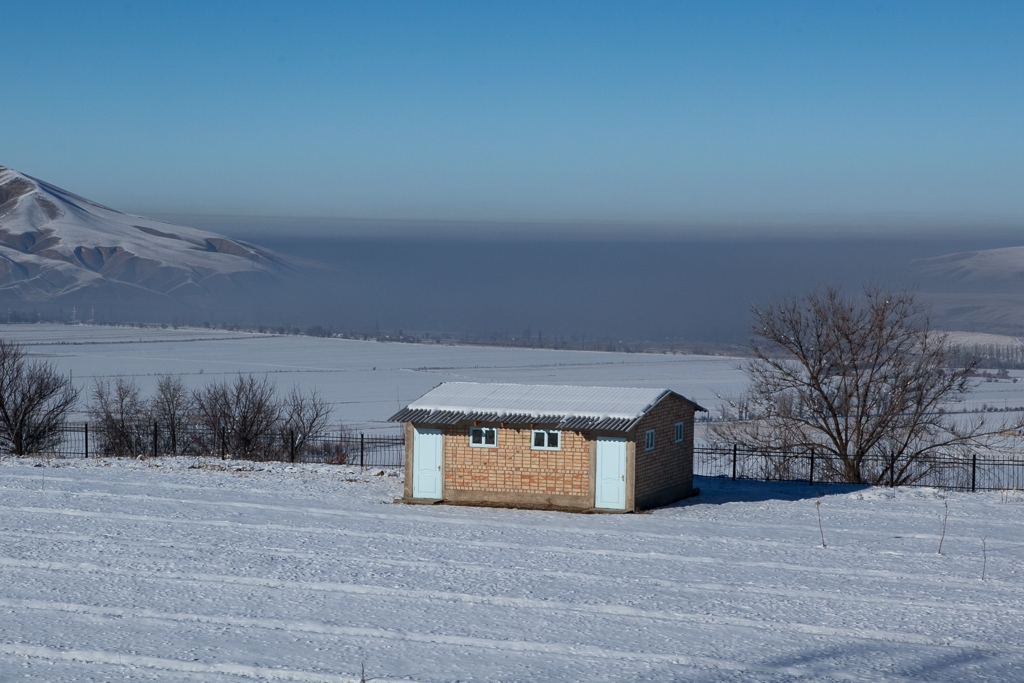 To wade through Bishkek’s social media chatter these days is to become fluent in the language of smog.

For the second year running, panic about the quality of winter air in the Kyrgyz capital is eclipsing dismay over corruption as a unifying theme on Facebook and Twitter.

A common measure of air pollution is the PM 2.5 reading, which determines the amount of dangerous fine particulate matter in a cubic meter of air. The World Air Quality Index, a nonprofit, defines a reading of 101-150 PM 2.5 as “unhealthy for sensitive groups” and more than 200 as “very unhealthy.”

More and more Bishkek residents know where the air on their streets and even inside their apartments sits on this scale. Many are hurrying to buy air purifiers.

While Bishkek’s air has always been bad, even in warmer months, growing access to real-time measurements has compounded the sense that it is getting rapidly worse.

Air quality readings taken over the last 11 months at the U.S. Embassy – far from the most polluted parts of town – attest to that.

During the last three days of November the readings averaged 234 PM 2.5.

Readings during early evenings on days like this regularly exceeded 300, the “hazardous” threshold, when “everyone should avoid all outdoor exertion.”

A handy video by RFE/RL’s Current Time shows that Bishkek’s air deteriorated this autumn rapidly month by month and relative to the other four Central Asian capitals. If at the start of September its air was comfortably better than that in both Dushanbe and Tashkent, by the beginning of December it was the worst in the region.

The reasons for this are manifold, meaning that any single policy would have a limited effect on overall pollution.

Winter brings with it the heating season, sending stoves in private homes and the coal-burning power plant that heats the city’s flats into overdrive. Traffic on the city’s roads grinds to an icy gridlock. Madcap construction is another factor, with high rise buildings blocking off key ventilation corridors, helping the heavy frost to trap the smog.

When the wind does get through, it works its magic.

Bishkek’s Town Hall has taken a lot of the blame for facilitating the slide towards environmental purgatory due to its habit of widening roads and chopping down trees.

Its current, publicity-savvy administration is painfully aware of rising dissatisfaction over bad air. It is talking up new gas pipelines that have been extended by Russia’s energy giant Gazprom into makeshift suburban settlements where thousands burn wood and coal. Hundreds of gas-powered buses are on their way, it says. This administration is also planting more trees than its predecessor, even as it continues to widen some roads.

Few have high hopes for these measures, however, and many are taking matters into their own hands.

Popular political commentator Azim Azimov bought two air purifiers for around $150 each but complained the reading inside his flat was still 100 on November 26 when readings in the dustier north of the city exceeded 500 PM 2.5.

Analyst Ilkham Umarakhanov wrote on Twitter that his new purifier had cleaned the air in his flat close to a busy main road down from a high of 243 to between 9 and 25 on December 1. He slept well after that, he said, but when he went outside “the smell of smoke was much stronger.”

For business folk, bad air is an opportunity. A Thai restaurant advertises its purifier in a bid to get ahead of more smog-ambivalent competitors, while one of the country’s most popular news websites has developed an “Air Today” rubric.