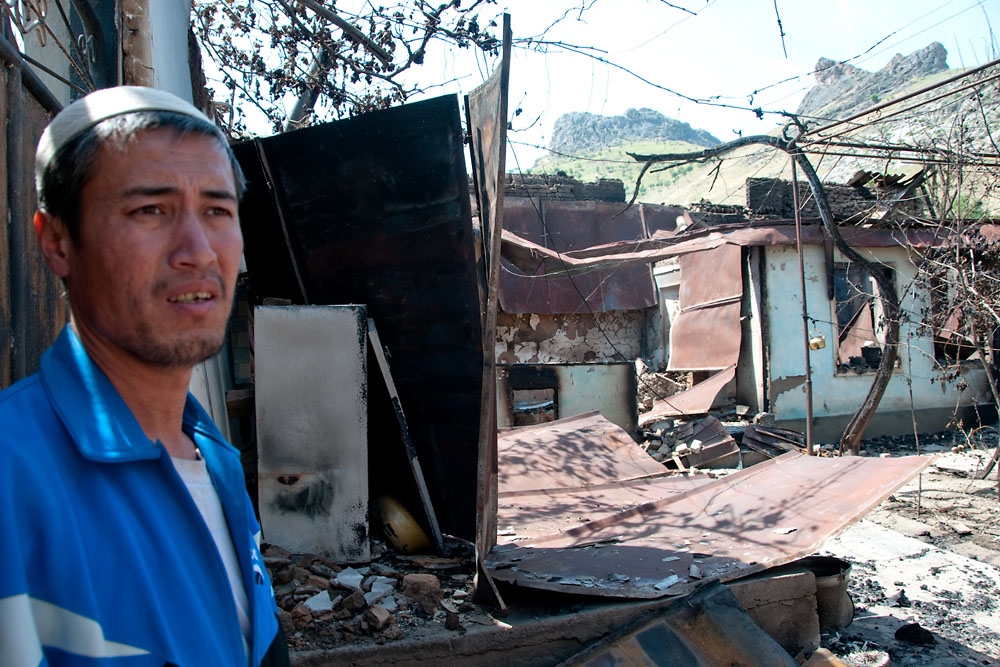 Foreign diplomats and international organizations are backing a Kyrgyz provisional government decision to proceed with a constitutional referendum in late June, despite the widespread violence in southern Kyrgyzstan. Many Kyrgyz experts and politicians, however, say holding the referendum so soon after the traumatic events could create more tension and confusion in Kyrgyzstan, rather than promote stability.

The referendum, scheduled for June 27, will ask voters to approve a new constitution and endorse the provisional government’s leader, Roza Otunbayeva, as president until the end of 2011. [For background see EurasiaNet’s archive].

On June 15, Otunbayeva announced that the referendum will proceed as planned, even though the provisional government’s ability to organize the voting has come under question, especially in the violence-ravaged South. Officially, the death toll from the violence stands at 179, although even provisional government officials have acknowledged the actual number of those killed is likely significantly higher. In addition, tens of thousands of ethnic Uzbeks have been displaced, with many heading to neighboring Uzbekistan. [For background see EurasiaNet’s archive].

Despite Otunbayeva’s pronouncement, it appears that the provisional government will be hard-pressed to handle the logistical challenges involved in conducting the referendum. The Central Elections Commission, for example, suspended the distribution of ballots on June 14 until conditions have stabilized, local media outlets reported.

Foreign diplomats have seemed eager for the new constitution to secure a popular mandate. At a news conference June 15 in Bishkek, UN representative Miroslav Jenca said that the referendum, as well as planned parliamentary elections in October, must go ahead in spite of the ethnic violence. “They are very important for establishing legitimate authority in Kyrgyzstan,” Jenca said.

The European Union also appears to favor the provisional government’s announced course. “The EU is insisting on the process of legitimization and that the referendum and elections should be realized. It is the only way,” German Ambassador Holger Green told journalists.

While the provisional government appears to retain foreign support for its referendum plans, domestic opinion is decidedly mixed. A significant number of Kyrgyz experts and politicians believe pressing ahead with the referendum on June 27, given the events of the past week, is foolhardy.
Beyond logistical concerns, some experts point to a legal obstacle that could undermine the legitimacy of a referendum. The recent violence prompted the interim government to declare a state of emergency in several southern regions, including the cities of Osh and Jalal-abad. Under Kyrgyz law, a vote cannot be held during a state of emergency.

Some Kyrgyz politicians have been vociferous in their opposition. Communist Party leader Iskhak Masaliev said that under current circumstances, it was “impossible” to hold a trustworthy referendum. As an alternative he proposed reconvening the country’s parliament, which the provisional government disbanded following the collapse of former president Kurmanbek Bakiyev’s administration in early April, the 24.kg news agency reported. Meanwhile, Alikbek Jekshenkulov, leader of the Justice Party, called for the referendum to be postponed for 40 days, the AKIpress news agency reported.

Some political analysts say that the provisional government’s preoccupation with the referendum risks doing additional damage to its image. Before contemplating the plebiscite, provisional leaders would be better served by attending to the country’s immediate needs, namely the restoration of order in the South and the distribution of humanitarian assistance to victims of the violence.

“The interim government should stop the conflict and start systematic work on preventive measures,” said Emir Kulov, head of the International and Comparative Politics Department at the American University of Central Asia. The best way for provisional leaders to gain popular trust, especially in the South, is to “demonstrate that it is correctly coordinating the humanitarian aid it receives,” Kulov added.

Given that many people in the South – both Uzbeks and Kyrgyz – might be fearful or even unable to participate in the referendum, a vote held on June 27 would stand a good chance of lacking the legitimizing factor that the provisional government is seeking. “It is a mistake to talk about the referendum,” Nur Omarov, head of the Association of Political Scientists of Kyrgyzstan, told EurasiaNet.org. “Instead of playing political games, [the provisional government] must solve problems on the consequences of this southern tragedy. … They have to talk about postponing the referendum, because it will definitely fail in the South.”

Omarov suggested that provisional leaders in Bishkek had perhaps lost sight of the bigger picture. “If the situation continues to develop as it is at the moment, it will lead to the failure of the state,” he said. He went on to express support for the deployment of an international peacekeeping force in southern Kyrgyzstan. The appearance of such a force could help ensure that instability does not spread to northern Kyrgyzstan.

“That is the only way out of this situation,” he said. The government “will not be able to solve it themselves. Even if they will, it will happen with more blood. […] Only in this way [the introduction of outside peacekeepers], will they be able to localize the conflict somehow and reach a stabilization phase. The calm in the North is very fragile, the conflict may transfer to the North at any time.”

Alina Dalbaeva is a freelance writer based in Bishkek, Kyrgyzstan.