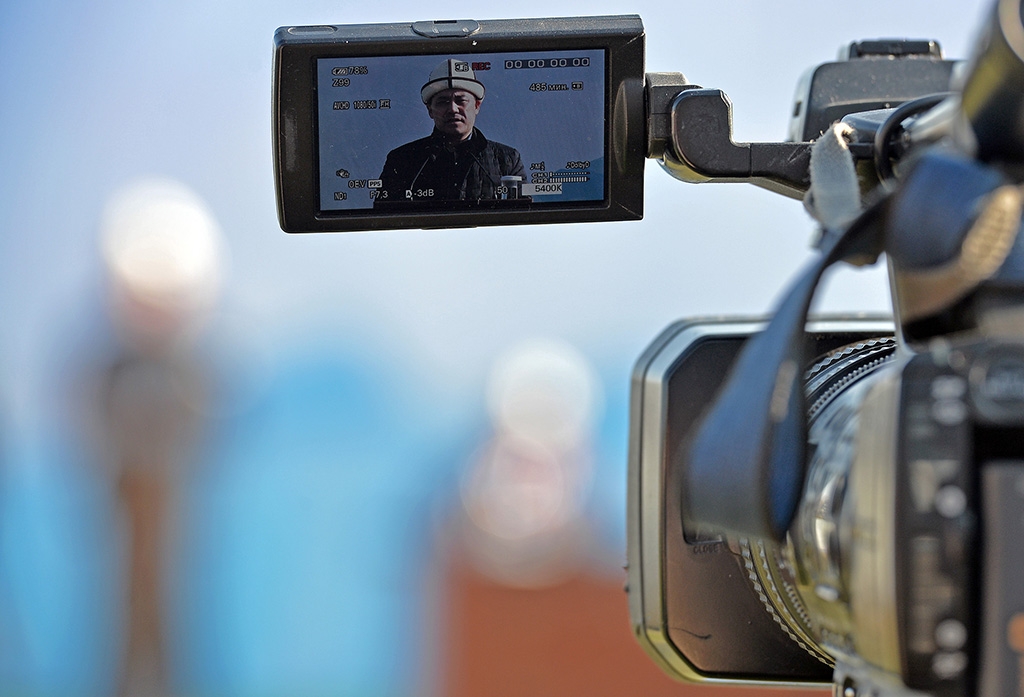 Violating parliamentary procedure, lawmakers in Kyrgyzstan have overwhelmingly approved a controversial bill on misinformation that activists fear will further limit free speech online and suppress criticism of the powerful.

The vote on July 28 came under apparent pressure from President Sadyr Japarov, who late last month quietly signed a different law that hampers the work of civil society activists.

Dubbed the “law on fakes,” it would give an authorized state body – is not yet clear, however, which body – the power to order internet service providers to block websites containing information that this authority deems false. An unspecified state body will also be tasked with assembling a database of anonymous users identified by their real names, although there is little clarity about how this would work in practice.

During a July 21 meeting at his residence, Japarov asked lawmakers to support the bill, 24.kg reported, citing MPs who were at the gathering. Then, on the eve of the vote, most lawmakers attended an “informal dinner” with Japarov, Kaktus Media reported.

Initially titled “On Manipulating Information,” the bill was first proposed last year when the government was struggling to address the initial surge of COVID-19 infections. During a public backlash, one of its authors, Gulshat Asylbaeva, defended her proposal, saying it would “help protect the honor and dignity of people smeared with false claims online” and called critics “fakes and trolls.” Fact-checkers found that sections had been copied wholesale from Russian legislation.

Despite opposition from journalists and civil society activists, parliament supported the bill that June. However, then-President Sooronbai Jeenbekov sent it back for reworking.

This year, on June 30, the same parliament voted on the largely unchanged bill, which had been renamed “On Protection from False Information,” but it did not muster the votes to pass.

Nevertheless, on July 28 lawmakers decided to hold a revote, even though the bill was not on the day’s agenda. It received an overwhelming 97 yeas with only 5 voting in opposition. Asylbaeva, the sponsor, claimed there was no procedural violation since the bill had never been “declined” by the parliament. It now must go to Japarov for his signature.

There are few doubts he will quickly approve it. Late last month, Japarov signed into law a bill that hinders the work of non-governmental organizations by saddling them with extra bureaucracy. That proposal had also been rejected by his predecessor, who was ousted in street protests last fall.

Experts at the Bishkek-based Media Policy Institute say the “law on fakes” “introduces censorship.” While it purports to protect citizens and the state from false information circulating online, it singles out falsehoods that harm one’s honor, dignity, and reputation, according to the watchdog’s analysis, and thus looks aimed to protect the powerful.

“This draft bill is adopted in the interest of this circle of people in order to protect them from criticism using administrative resources,” the analysis concluded.

Defamation lawsuits have long been used by politicians and high-ranking officials, including ex-President Almazbek Atambayev, to intimidate critical media outlets. However, as the Media Policy Institute’s director, Begaim Usenova, has written, online harassment of independent journalists has surged since the 2019 publication of eye-opening investigations into high-level government corruption.